The man whose sordid life began the entire #MeToo movement could be finally facing justice: Harvey Weinstein, the fallen movie mogul, has surrendered himself to authorities in New York City over charges of sexual assault. While Weinstein stands accused of over 70 incidents of sexual assault and harassment, this represents the first legal charge he’s faced since the story regarding his alleged history of sexual misconduct broke last autumn.

Here are five fast facts you need to know about Weinstein. 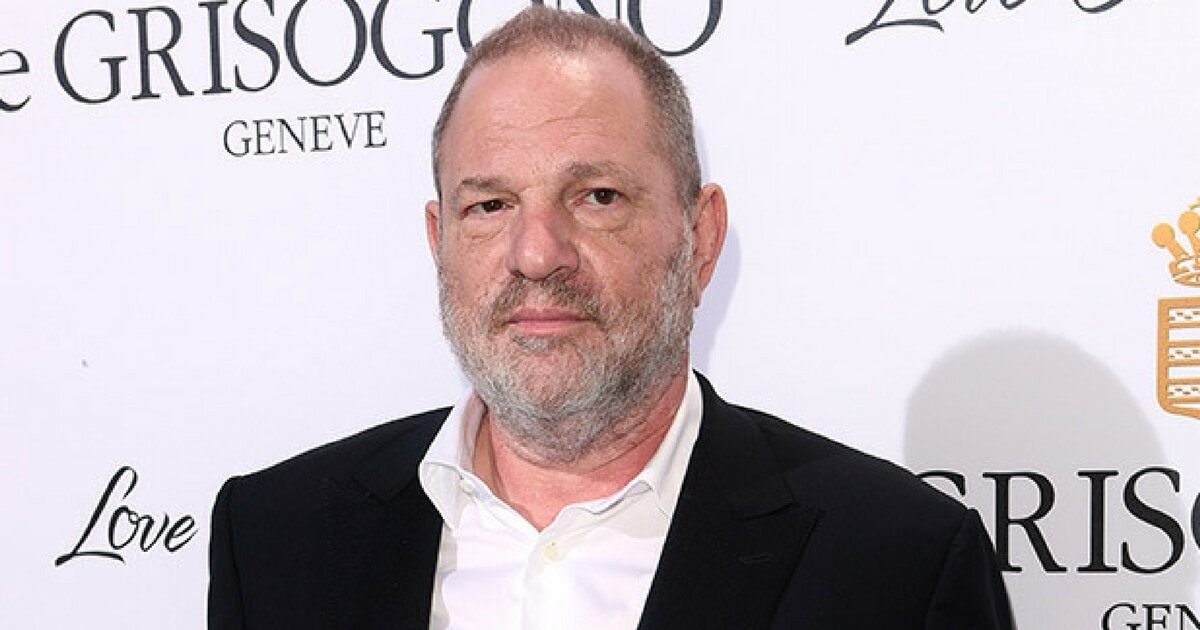 Along with his brother Robert Weinstein, Harvey founded Miramax Films, one of the most successful independent production companies in Hollywood. The company originally became known mostly for its documentaries; 1980’s “Rockshow” documented Paul McCartney’s band Wings during its 1976 North American tour and “The Secret Policeman’s Other Ball” featured a concert put on for Amnesty International. It wasn’t until the late 1980s, however, that Miramax really began to become a major Hollywood force. The indie studio concentrated on films that most studios would likely have considered too controversial or niche. Movies like Steven Soderbergh’s “Sex, Lies and Videotape,” Pedro Almodóvar’s “Tie Me Up! Tie Me Down!” and “Paris is Burning,” a documentary about LGBT culture in New York City during the 1980s, changed what Hollywood considered viable material.

While 1989’s “My Left Foot” — a biographical film about Irish artist Christy Brown, who could only control his left foot due to cerebral palsy — gained Miramax its first Best Picture nomination at the Academy Awards, it wasn’t until the early 1990s that Miramax’s films began getting serious attention from the Oscars. In 1992, Irish director Neil Jordan’s “The Crying Game” also got a Best Picture nomination. That same year, Weinstein began his long collaboration with filmmaker Quentin Tarantino; while the ultra-violent director’s first picture, “Reservoir Dogs,” didn’t quite get the attention of the Academy, 1994’s “Pulp Fiction” was nominated for numerous Oscars, including Best Picture. Also in 1994, Miramax produced “Clerks,” the first feature from comedy director Kevin Smith, which garnered significant critical and commercial attention for its unique production values and aesthetic.

Like most everyone else in Hollywood, both Tarantino and Smith have distanced themselves from Weinstein in the strongest possible terms. “I knew enough to do more than I did,” Tarantino said after the allegations surfaced, admitting he knew of several different incidents involving actresses who were accosted by Weinstein. “There was more to it than just the normal rumors, the normal gossip. It wasn’t secondhand. I knew he did a couple of these things,” he said.

Smith promised to donate his residuals from Weinstein-backed films to a nonprofit group that “advocates for and advances the careers for women working in the screen industries,” and apologized via a profanity-laced podcast rant: “I just wanted to make some f—ing movies, that’s it. That’s why I came, that’s why I made ‘Clerks.’ … No f—ing movie is worth all this. Like, my entire career, f— it, take it.”

2) While rumors about Harvey Weinstein had long existed, nobody in the media was willing to go on record about them.

Rumors regarding Weinstein’s predatory behavior toward women were nothing new. In fact, blind items in gossip columns seemed to hint at this sort of thing for years. The thing was, however, Weinstein was powerful enough that nobody seemed willing to pull the trigger.

Tarantino was far from the only individual in the movie industry who knew about Weinstein’s actions. In an interview shortly after the story broke, Stephen Woolley — a producer and director best known for his work with Neil Jordan — confirmed that Weinstein’s behavior was common knowledge. “There were always rumours swirling around and…they were turned into a joke. ‘Oh, Harvey tried this or we heard Harvey may have done this.’ It’s a problem because we’ve turned it into a butt of humor,” Woolley said.

The thing is, a lot of people in the media did join the dots. In just one instance, Sharon Waxman at The Wrap wrote about how she had compiled a 2004 story for The New York Times that detailed how the man who ran Miramax’s Italian division had no experience in film and was little more than a fixer who would procure women for Weinstein.

She also tracked down a woman in London “who had been paid off after an unwanted sexual encounter with Weinstein.” The New York Times killed the story after “intense pressure” from the mogul. Waxman’s account was published after The Times ran a story called “Weinstein’s Complicity Machine” in which, with no hint of irony, the paper detailed how Weinstein was able to get unfavorable stories regarding his behavior killed by exerting intense pressure on the publications.

Weinstein’s predatory sexual behavior wasn’t the only thing he was able to keep out of the media, either. Rebecca Traister detailed how a 2000 incident in which Weinstein called her a “c—” and then threw another reporter down the stairs after putting him in a headlock was also kept out of the media.

On Oct. 5, 2017, The New York Times opened the floodgates with what was the first major public story throwing accusations at the movie mogul: “Harvey Weinstein Paid Off Sexual Harassment Accusers for Decades.” The piece by Jodi Kantor and Megan Twohey detailed numerous allegations from actresses — including Ashley Judd, who described Weinstein inviting her to a breakfast meeting in his hotel room to which he showed up wearing only a bathrobe. Weinstein “asked if he could give her a massage or she could watch him shower,” in what would become a grotesque motif that would play itself out numerous times as the scandal unfolded.

The Times’ article was damning enough, but a New Yorker piece by Ronan Farrow that appeared five days later made it clear that things were going to get much, much worse. Farrow revealed that over a 10-month investigation, he had found no less than 13 women who claimed that Weinstein had either sexually assaulted or harassed them. Since then, a litany of actresses have come out to accuse Weinstein of sexual harassment or assault, including Uma Thurman, Rose McGowan, Gwenneth Paltrow and Asia Argento. In addition to those who have formally accused Weinstein of sexual assault or harassment, many have said that the producer had long engaged in quid pro quo relationships with actresses in which he would promote their careers in exchange for sexual favors.

Without taking responsibility for any specific actions, Weinstein initially tried to blame his behavior on the different culture of a bygone era. “I came of age in the ’60s and ’70s when all the rules about behavior and workplaces were different,” he said in a written statement. “That was the culture then. I have since learned it’s not an excuse, in the office — or out of it. To anyone. I realized some time ago that I needed to be a better person and my interactions with the people I work with have changed.” Weinstein also promised to “deal with this issue head on.”

That didn’t mollify anyone, however, and after further damaging revelations — including the fact that Weinstein’s contract had allowances for sexual harassment allegations — he was fired from the Weinstein Company. He quickly decamped to Scottsdale, Arizona, where he entered rehab for sexual addiction and has mostly remained since.

The allegations against Weinstein were the impetus behind the #MeToo movement, in which sexual harassment and assault allegations have been leveled against numerous prominent celebrities. Among the accused include Kevin Spacey, Al Franken, John Conyers and Mark Halperin. Perhaps unsurprisingly, it’s also brought the rape allegations against Bill Clinton back into the limelight.

4) Harvey Weinstein is being charged in New York City for two separate cases.

According to The New York Times, the accusations that might finally send the movie mogul to jail stem from two separate incidents, one involving actress Lucia Evans and the other involving an unidentified woman. Evans had previously detailed to Farrow — and then to the Manhattan district attorney’s office — how Weinstein had forced her to perform oral sex upon him.

Less details are known about the alleged rape, although any statute of limitations on sexual assault was effectively lifted in New York City after 2001 — hence making it an ideal venue to pursue charges against Weinstein. Prosecutors in the city had previously faced criticism for not pursuing a 2015 sexual assault allegation against Weinstein leveled by a 22-year-old Italian model.

After turning himself in, Weinstein was released on $1 million bail negotiated in advance. The disgraced mogul is being electronically monitored and was be forced to give up his passport.

5) Harvey Weinstein had long been considered one of the leading liberals in Hollywood.

While it’s not terribly surprising that someone so entrenched in Tinseltown would be a Democrat, few entertainment-industry liberals were more visibly leftist than Weinstein was. Weinstein was a prominent friend of the Clintons and had enthusiastically and openly supported Barack Obama; in 2004, he backed “Mothers Opposing Bush,” an astroturfed organization which organized against then-President George W. Bush as he sought re-election.

Up until the very end, Weinstein was hiding behind his liberal convictions. In the same statement where he promised to “deal with this issue head on,” Weinstein went after the National Rifle Association in bizarre fashion: “I am going to need a place to channel that anger so I’ve decided that I’m going to give the NRA my full attention,” Weinstein wrote. “I hope (former NRA President) Wayne LaPierre will enjoy his retirement party. I’m going to do it at the same place I had my Bar Mitzvah.”

“I’m making a movie about our President (Donald Trump), perhaps we can make it a joint retirement party,” he added.

While Weinstein is almost certain not to make either of those films, perhaps those political opinions are why certain liberals in Hollywood chose to remain ignorant about the allegations surrounding him.

“Not everybody knew,” Meryl Streep claimed after The Times’ article came out.

“And if everybody knew,” she added, “I don’t believe that all the investigative reporters in the entertainment and the hard news media would have neglected for decades to write about it.”