When the Disney+ original “Star Wars” series, “The Mandalorian,” came out in November 2019, the internet exploded with memes featuring “The Child,” a character the world affectionately nicknamed “Baby Yoda.” But to the dismay of many, Disney took its time launching Baby Yoda merchandise.

Big-box companies and DIY crafters across the globe stepped in to fill the demand, creating a variety of amusing and even perplexing items. Here are six odd Baby Yoda products you probably didn’t know about:

This year on Star Wars Day — recognized each year on May 4 with the punny catchphrase “May the Fourth be with you” — Hasbro announced a Baby Yoda-themed Monopoly game via a Hasbro Pulse livestream. 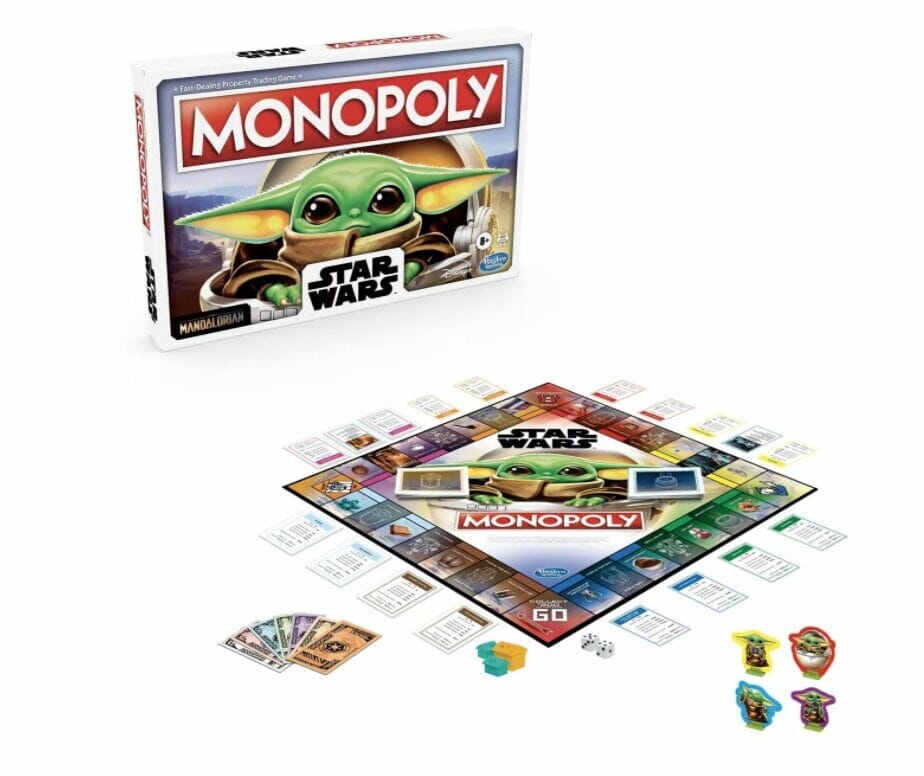 There are four Baby Yoda playing pieces to choose from, including Baby Yoda posed while using the force and while drinking broth. Objects from the show, such as The Child’s hover pram and a tracking fob, are used in place of properties.

Monopoly: Star Wars The Child, which is available for pre-order on Target.com, is $19.99 and will be released on Sept. 1.

General Mills also made a Star Wars Day announcement regarding a new Baby Yoda product: Baby Yoda cereal. The cereal features sweetened corn puffs with marshmallows, according to the packaging.

May the 4th Be With You! Coming to a cereal aisle near you later this summer. #maythe4thbewithyou #starwarsday

The marshmallows are green and shaped like Baby Yoda’s head, which is displayed prominently on the box. The cereal is set to debut later this summer.

A Baby Yoda waffle maker, which was released in the beginning of March, will be sold exclusively at GameStop, according to The New York Post. The waffle iron retails for $39.99, and is available for pre-order until its release date on Sept. 5.

💚 If you haven’t heard, the Star Wars: The Mandalorian The Child Waffle Maker by @uncannybrands is available for pre-order at @gamestop !! (Waffles with Baby Yoda’s face on them are a necessity!) 💚 – – It retails for $39.99 & is expected to ship in early September! – – Tag a friend who needs one! – – – #gamestop #thechild #themandalorian #wafflemaker #starwars #starwarsmerch #babyyoda #chipandco

According to the product description, the waffle iron can also function as a sandwich press or cook Baby Yoda-themed brownies, quesadillas, cakes and eggs.

Disney waited almost a month after “The Mandalorian” debuted to release official merchandise for “The Child,” Baby Yoda’s official character name, per the request of the show’s creator and director Jon Favreau to prevent spoilers, as noted by Variety.

Now Disney has a variety of products available for online purchase, including shirts, shoes, stickers and phone cases. However, some of the items feature rather odd content, like those based off the “protect, attack, snack” meme.

While Baby Yoda rose in fame with the help of memes that took over the internet at the end of 2019, critics including those at Tech Crunch have been disappointed with the quality and content of the official Disney products.

Since official Disney Baby Yoda toys have either sold out or are still on pre-order, crafty folks on Etsy have stepped in to create Baby Yoda dolls of their own to meet the demand.

There are hundreds of crocheted Baby Yoda dolls on the site, including this one made by Brooklyn Reese at CheerfulCrochetCache: 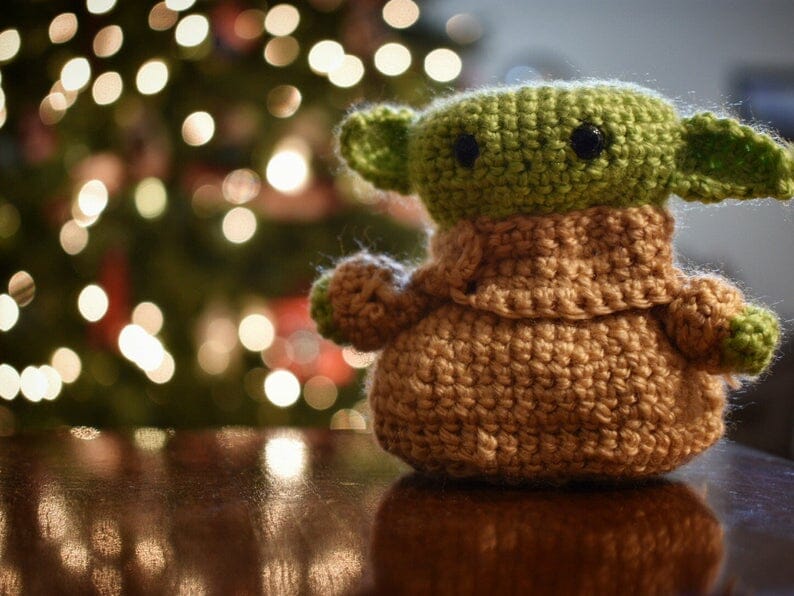 With Baby Yoda products in high demand, crafters have created their own versions of the lovable character to sell to the masses. (Courtesy of Brooklyn Reese)

Most of these crocheted Baby Yodas go for over $20, which is the price of Reese’s doll pictured above.

“Full Body Silicone Alien Baby Yoda Inspired Doll[s]” can be found on Etsy for over $800 per doll.

While the disturbingly real dolls may be tempting to play with, the seller distinguished the handmade dolls as collector’s items, not toys.

On the seller’s Instagram account, the Baby Yoda dolls are posed laying on a pile of chocolate eggs, wearing a winter hat, bathing in soapy water and in the clutches of the Grinch.