WASHINGTON (AP) — One of the most prominent prosecutors working for special counsel Robert Mueller is leaving the team soon, a likely indication that the investigation is close to wrapping up.

More than any other member of Mueller’s team, Andrew Weissmann has been a target of President Donald Trump’s outrage and singled out for attacks, including by Trump attorney Rudy Giuliani, as an overly aggressive prosecutor.

Mueller spokesman Peter Carr said in a statement Thursday that Weissmann would be concluding his work with the special counsel’s office “in the near future.” He did not give a date, but the looming departure is not surprising given that the principal case Weissmann has worked on — the prosecution of former Trump campaign chairman Paul Manafort — came to a close Wednesday with a sentencing in federal court in Washington.

Several other prosecutors detailed to Mueller’s team have also left in recent months, suggesting the investigation is winding down and that Mueller may soon turn in a report to Attorney General William Barr. In addition, David Archey, the senior FBI official involved in the Mueller investigation, was named to a new job this month as the top agent in the FBI’s field office in Richmond, Virginia.

Weissmann, who worked as an FBI general counsel under Mueller, most recently led the Justice Department’s fraud section. He achieved prominence for his work as a prosecutor while investigating organized crime in New York City and for his leadership of a task force that investigated the Enron scandal. He has developed a reputation as an aggressive and experienced prosecutor skilled in developing cooperating witnesses.

Since Weissmann joined Mueller’s team in 2017, Trump has occasionally singled him out for criticism, using his name as a kind of shorthand for what he maintains is an illegitimate effort to bring him down. Republicans eager to paint the Mueller team as biased against Trump have seized on a January 2017 email Weissmann wrote complimenting former acting Attorney General Sally Yates, an Obama administration holdover, for refusing to have the Justice Department defend the Trump administration’s travel ban.

Weissmann’s expected departure was first reported by NPR, which said he would study and teach at New York University and work on public service projects.

“Andrew has been involved with NYU Law in the past and we have been talking with him about returning to the Law School following his current commitments,” said Michael Orey, a spokesman for the Law School.

Weissmann was also part of the team that prosecuted Manafort’s business associate, Rick Gates, who pleaded guilty last year and agreed to cooperate, and that investigated unregistered foreign lobbying efforts in Washington. 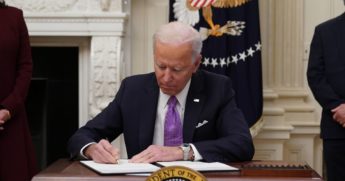