Despite being born into the trappings of wealth and fame, Barron Trump wasn’t a household name when his famous father, then-businessman Donald J. Trump, decided to run for president.

In fact, it’s safe to say that the vast majority of Americans had never heard of the youngest Trump, and the few who had likely couldn’t pick him out of a grammar school lineup.

Almost overnight, however, Barron found the media’s blinding spotlight pointed directly at him.

An errant yawn. The unintentional eye roll. Falling asleep. Looking bored. Anything the then-10-year-old did that any other 10-year-old would do made the news.

Then his father won the presidency. And then there was the bullying.

The youngest Trump has had to bear up under an incredible amount of stress, made worse no doubt because children simply don’t have the ability to process and understand malevolence like adults.

Despite the harsh spotlight, often acrid public sentiment and the difficulties of leaving childhood for teen years, Barron appears to have thrived.

Gone is the scrawny kid whose neck couldn’t fill out a polo. Barron has hit a massive growth spurt, leaving him with broader shoulders, a thicker neck and a remarkable increase in height. 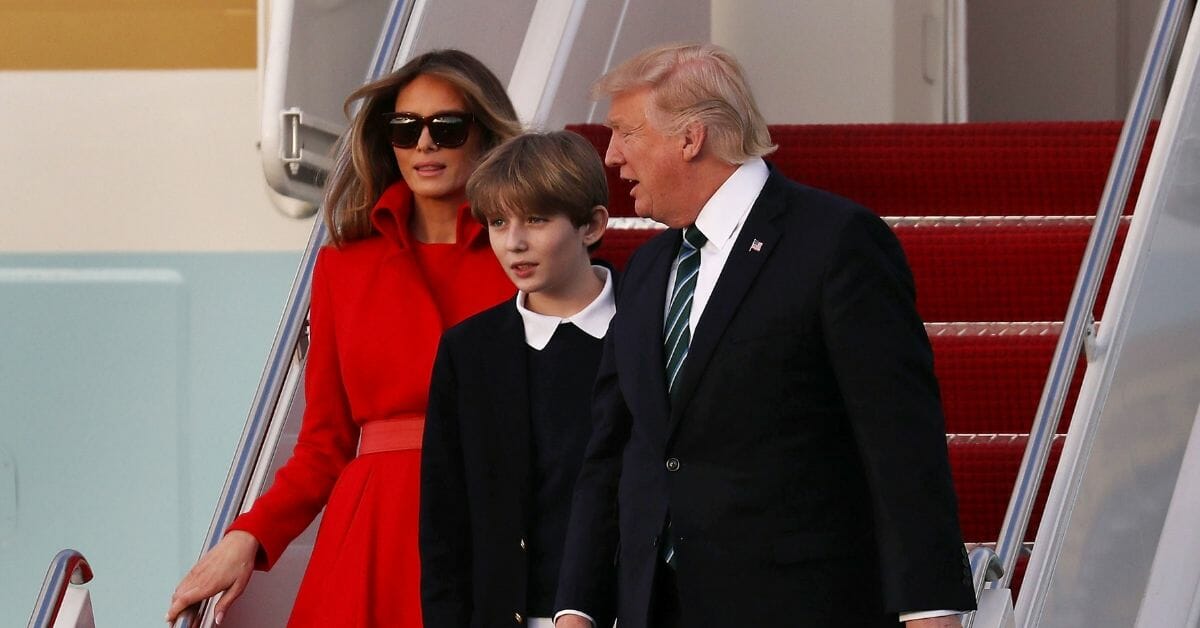 The change isn’t jarring unless you’ve been looking at old pictures of Barron or you happened to see him hop off Marine One with his parents Sunday.

In place of little kid Barron was a 13-year-old teenage Barron who somehow now towers over his 6-foot-3-inch father, as you can see in the video above. 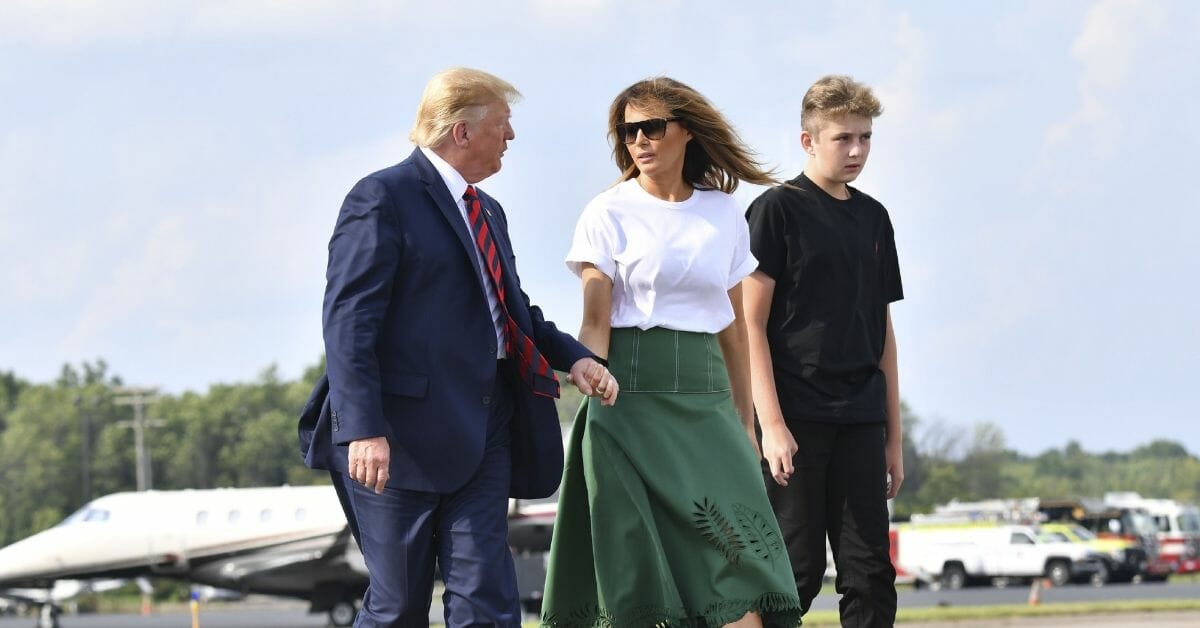 Most of Getty’s photos from the event make it look like the youngest Trump might be taller than his dad. But streaming video of the first family strolling from the chopper make clear that even if his father has the advantage of being closer to the camera lens, Barron still appears to top out 1-2 inches taller.

If Trump wins in 2020, Barron will be 18 at the end of his father’s second term and presumably leaving home when his parents leave the White House.

We can’t know what Barron will take from his time living in the White House during one of the most divided, vitriolic eras of American politics. We can’t tell if he will aspire to an office or be apolitical.

But we do know one thing for certain: Barron will know the left wasn’t afraid to make a little child’s life hell because they didn’t like his father. He will know that and he will remember that. And that might just be the best course in leftist politics that anybody could ever ask for.

Josh Manning
Editor-at-Large, The Western Journal
Josh Manning is editor-at-large at The Western Journal. He holds a masters in public policy from Harvard University and has a background in higher education.
@Josh_Manning
Josh Manning grew up outside of Memphis, TN and developed a love of history, politics, and government studies thanks to a life-changing history and civics teacher named Mr. McBride.

He's married to a gorgeous blonde who played in the 1998 NCAA women's basketball championship game, and he has two pre-teens who hate doing dishes more than poison. He makes life possible for two boxers -- "Hank" Rearden Manning and "Tucker" Carlson Manning -- and a pitbull named Nikki Haley "Gracie" Manning.