On Thursday night, the campaign emailed staffers that employees on two floors of its Manhattan offices had been exposed to the coronavirus, according to Politico.

On Friday, it notified workers around the country they were being laid off, which for the New York City employees means their health insurance ends March 31.

“We’ve just become aware of a confirmed case of COVID-19 in the office at 229 West 43rd Street impacting the 5th and 8th floor,” the email said.

The individual who tested positive was last in the office on Monday, according to the campaign.

The campaign did not say whether the person who had the virus was a fellow staffer.

Bloomberg’s campaign suggested employees work from home for their final days on the job.

Bloomberg originally lured staffers by promising they would be paid through November regardless of whether or not he won the Democratic presidential nomination.

“A set of interview talking points used by the campaign to hire field organizers over the last several months,” The New York Times reported, “had included mention of ‘full health, dental and vision benefits’ and ’employment through November 2020 with Team Bloomberg.'”

That later morphed into the hope that some could transition to working for a Bloomberg-funded super PAC next month.

On Friday, Bloomberg said he would not pursue that option, meaning all of his staff members are losing their jobs.

The action was not popular.

“I guess it’s cheaper to give the DNC 18 million than keep promises because @MikeBloomberg just fired his whole campaign staff — including those of us promised jobs through November on his IE,” Amol Jethwani, a former campaign aide, tweeted.

“[Disappointed] I don’t have a job. Not surprised that a billionaire is cheating scum.”

I guess it’s cheaper to give the DNC 18 million than keep promises because @MikeBloomberg just fired his whole campaign staff – including those of us promised jobs through November on his IE. Dissapointed I don’t have a job. Not surprised that a billionaire is cheating scum!

Others also sniped at Bloomberg:

am I to understand that Michael Bloomberg broke his promise of yearlong employment to his campaign staffers and is now cutting them off from their healthcare in the middle of a pandemic? https://t.co/EDJeRPwJDK

Tom Perez and DNC will take Bloomberg’s millions. They won’t do anything for staffers that are now in dire straits during pandemic. And they will remember who gave them funds as they continue to fight against policies that would benefit the most vulnerable. #Covid_19 https://t.co/1cJTynlJRX

Bloomberg’s action was a windfall for the Democratic National Committee, which will receive $18 million, according to NPR.

“While we considered creating our own independent entity to support the nominee and hold the president accountable, this race is too important to have many competing groups with good intentions but that are not coordinated and united in strategy and execution,” Bloomberg’s campaign wrote in a memo to DNC Chairman Tom Perez.

'When it comes to America's security, feelings can never take precedent over making decisions that keep the public safe.'

3 Ways We Can Create an Immigration System That Works

'I think we would do well to remember that love for our neighbors encompasses both compassion and protection.'

The White House has announced the passing of one of the Biden family's dogs that they have had for over a decade.

If this official has been cooperating with the DIA and has provided the information that's been alleged, the consequences could be seismic.

As required by law, tens of thousands of names will be removed from voter rolls largely due to out-of-date information. 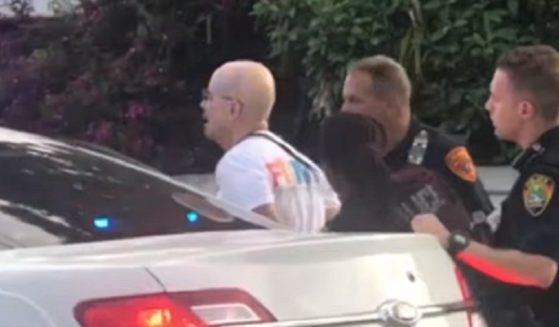 A top Democrat had a close call at a Florida parade after a driver pickup truck into the marchers. The incident is under investigation.