Watch: Driver Steps on the Gas When Antifa Militant Jumps on His Hood

The more things change, the more they stay the same. It’s a time-honored saying for a reason.

For example, a lot of things have changed since “The Carol Burnett Show” made its debut back in 1967. The much-loved comedy staple enjoyed a hilarious 11-season run on CBS before it was “time to say so long” in 1978.

That old-school television landscape can hardly compare with the enormous array of viewing options we enjoy today, but a few things still seem amusingly familiar.

But if you’re one of the actual passengers, that scrupulous security routine can sometimes seem a little frustrating.

Tim Conway and Harvey Korman were two consistent comedy favorites on “The Carol Burnett Show.” Back then, they had no way of knowing how the average airport check-in routine might evolve.

These days, for example, we’re asked to place all our digital devices in a big plastic bin. Those devices were essentially unheard of back in the 1970s.

In fact, these days we’re not even allowed to approach the gate until we endure a detailed scanning procedure that sometimes involves removing shoes and belts, and even standing stock-still while an agent waves a metal detection wand.

Clearly, viewers of “The Carol Burnett Show” could completely relate to the overall sense of aggravation. Maybe that’s why Parade Magazine ranks the talented troupe’s 1976 “Airline Security” sketch as one of its all-time best.

In the skit, Harvey Korman plays a filmmaker headed to Los Angeles with a briefcase full of film reels. Tim Conway plays both a check-in official and security agent for the fictitious Speedo Airlines.

Part of what makes the short snippet so funny is that there’s nothing remotely speedy about Korman’s exasperating check-in experience.

What’s even more entertaining is that Conway seems to employ his signature off-script approach. His zany ad-libs cause Korman to crack up at unexpected moments, all the way through the encounter.

Supposedly, Korman’s character only has about five minutes before his fictional flight is due to depart. Sure enough, Conway’s security detail starts out strangely and only deteriorates from there.

It includes the continuous rubber-stamping of multiple forms and documents, while Korman grows increasingly annoyed. At one point, Conway’s character even stamps a special ticket after asking, “Will you be using the restroom at all?”

When it’s time to evaluate the actual briefcase contents, things get hysterically bizarre. Conway initially breaks off the key in the lock, forcing him to use a series of handyman tools that include a drill and a hacksaw.

That saw winds up perforating a can of shaving cream, which proceeds to cover Korman’s prized film reels in frothy white foam. But Conway’s hapless agent remains committed to helping this harried passenger make his flight.

So he pulls out a roll of masking tape, wraps up the ruined briefcase, and announces, “that’ll hold her.” Next time you’re stuck in a lengthy airport security line yourself, you might remember Conway’s chaotic tactics and consider yourself somewhat lucky.

I don’t know about you, but I would be a little concerned if my husband were to spend a long weekend once a year with an ex-girlfriend. Americans were surprised […]

Montana is taking a bold step to get people back to work as the nation recovers from the coronavirus pandemic. Republican Gov. Greg Gianforte announced Tuesday that Montanans will no […]

Republican Gov. Ron DeSantis of Florida said Wednesday that the state will provide $1,000 bonuses to all police officers, firefighters and paramedics in the state of Florida. “I thought it […]

A Nashville police officer was shot in the arm on Tuesday while responding to what was later determined to be a “setup call.” Police said the 22-year-old suspect, Salman Mohamed, […]

Facebook Gets Major Backlash from Lawmakers After Upholding Trump Ban

Republican lawmakers issued a warning to Facebook after its Oversight Board upheld the social media giant’s suspension of former President Donald Trump on Wednesday morning. “Facebook is more interested in […]

The New York Times suffered a significant drop in new subscribers in the first quarter of the year, adding fewer new subscribers than it averaged per quarter last year. The […] 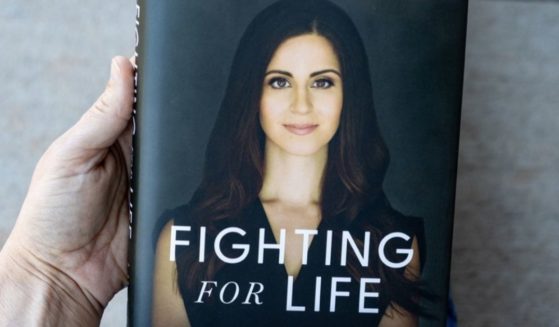 'You Are Needed': Lila Rose Urges Pro-Life Bystanders to 'Get in the Fray' as Debut Book Drops

With President Joe Biden’s administration advancing a series of abortion-friendly policies, pro-life leaders like Lila Rose are working to inspire a generation to speak out in defense of the preborn. […]