Former Democratic political megadonor Ed Buck was convicted Tuesday in connection with the deaths of two men in his West Hollywood, California, apartment.

Buck was found guilty on nine felony counts in the deaths of Gemmel Moore in July 2017 and Timothy Dean in January 2019, according to KTTV-TV.

Each of the two counts of distribution of controlled substances resulting in death upon which he was convicted has a 20-year mandatory minimum sentence.

According to the Los Angeles Times, his political donations totaled more than $500,000.

But there was a darker side. During Buck’s trial, Sgt. Paul Cardella of the Los Angeles County Sheriff’s Department said about 1,500 videos were found in Buck’s apartment in which homeless men would be injected with methamphetamine as part of what witnesses in the trail called “party and play” sessions.

New: Ed Buck, a longtime fixture of West Hollywood politics, was convicted Tuesday of charges that he supplied the methamphetamine that killed two men during “party-and-play” encounters at his apartment.

According to the prosecution, Buck injected Moore and Dean with meth until they died.

Buck “would find desolate, vulnerable victims and push meth on them over and over … until they went unconscious,” Assistant U.S. Attorney Lindsay Bailey said in her closing argument.

“That’s what he liked about it — the power gave him sexual gratification. … Every time he stuck a needle in someone’s arm, he was playing God. And he never stopped — not even after two men died,” she said.

One of Buck’s attorneys said the men who died had underlying medical conditions and that while Buck’s actions may have been a bit depraved, they were not criminal.

“This is a subculture, a lifestyle that may be shocking to some of us,” Ludlow Creary II said, according to KTTV. “Everyone involved was there voluntarily.”

Buck did not take the stand in his own defense. The only witness called by the defense said the men died of other causes than overdoses of meth.

Related:
Doom for the Dems in 2024: Here's the Unseen Data from the California Recall

Lieu said that he would donate the roughly $18,000 he received from Buck to various LGBT causes, according to The Washington Post.

Finally SOMEONE IS GOING TO JAIL.

Hillary Clinton, Ted Lieu, Pete Aguilar, Adam B. Schiff are going to be so so sad…no more campaign money from Ed. 😂

Gay mega donor to Democrats, Ed Buck, has been convicted for giving meth to black male prostitutes who overdosed and died at his West Hollywood home. https://t.co/jB1JlAd9QD

At the time of Buck’s 2019 indictment, neither Clinton nor Obama made a comment about whether they would give the money Buck gave them to other causes, according to Fox News.

“Today is bittersweet,” LaTisha Nixon, Moore’s mother, said after Buck’s verdict was announced, according to The Associated Press. “We got victory today.” 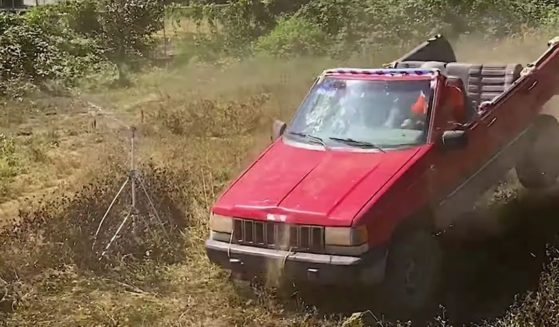 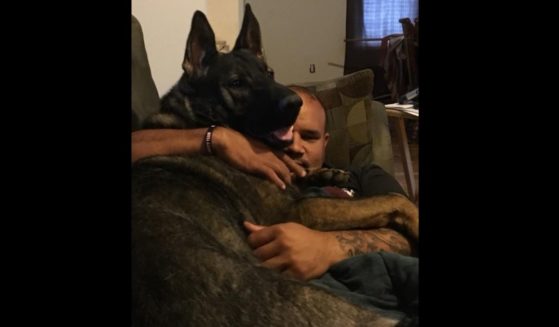 Ozzie is a Czechoslovakian shepherd dog — a specific German shepherd line — owned by police officer Drew Canaday. While he’s not technically a police K9, he has been through […]

The language of the spending bill would offer 'local news' outlets up to $50,000 a year per journalist they employ.
By C. Douglas Golden  September 26, 2021

'The first thought I really had when I woke up was, "Oh my God we're derailing,"' a sleeper car passenger told CNN.
By Jack Davis  September 26, 2021 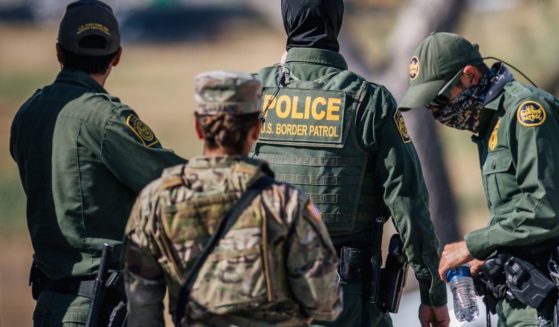 With the federal government abdicating its duty, Texas is asking for volunteers to protect the state's from illegal immigrants.
By Jack Davis  September 26, 2021

'To discover that this was propaganda, a construct, a confection by the Democratic Party ... is kind of beyond disappointing.'
By C. Douglas Golden  September 26, 2021