President Joe Biden’s White House has done pretty much everything in its power to paint GOP Gov. Ron DeSantis’ Florida as prime driver behind another wave of COVID-19 — messaging that has more to do with DeSantis’ role as a potential 2024 presidential challenger than it does with public health.

Last week brought another prime example. On Thursday, asked about DeSantis’ criticisms of the administration, Biden tried his hand at shade-throwing: “Governor who?” he told reporters.

On Friday, he probably wished he hadn’t.

The latest round in the war of words began Tuesday as Biden called on Florida and Texas to implement harsher COVID restrictions because of the delta variant or to “get out of the way” and let the federal government do it.

“Just two states, Florida and Texas, account for one-third of all new COVID-19 cases in the entire country. Just two states,” Biden said, according to KXAS-TV in Dallas-Fort Worth.

In a response on Wednesday, DeSantis blasted the administration for criticizing Florida and Texas for their COVID policies while refusing to take serious measures regarding a massive influx of COVID-positive illegal immigrants coming across the southern border.

“Joe Biden suggests that if you don’t do lockdown, policies then you should ‘get out of the way,’” DeSantis said. “But let me tell you this: If you’re coming after the rights of parents in Florida, I’m standing in your way. I’m not going to let you get away with it. If you’re trying to deny kids a proper in-person education, I’m going to stand in your way, and I’m going to stand up for the kids in Florida.

“I don’t want to hear a blip about COVID from you.”

Gov. DeSantis responded to President Biden’s criticism of him over his handling of COVID: https://t.co/uUlBEOrIXf

In Florida hospitals, ‘there are only so many beds’: https://t.co/wPd8R1Xxgu pic.twitter.com/wqVULbQ4hM

On Thursday, two days after he singled out DeSantis’s state in his speech, Biden pretended he didn’t even know who DeSantis was. Because, you know, he’s not that important, get it?

#GovernorWho might get a bit angry after this one. pic.twitter.com/VGpHt9IHvh

Yes, “Governor who?” There’s one problem with Biden trying to pretend DeSantis isn’t important enough to remember, something DeSantis himself pointed out when he responded to the president’s diss on Friday.

Related:
DeSantis Points to the Real Problem as His Former Opponent Is Hit with a 21-Count Felony Indictment

“I guess I’m not surprised that Biden doesn’t remember me,” DeSantis said at a news conference, according to Newsmax. “I guess the question is, what else has he forgotten?”

A lot, as you’re no doubt aware. However, he wasn’t just taking a cheap shot at Biden’s diminishing returns in the mental acuity department.

“Biden’s forgotten about the crisis on our southern border, I can tell you that,” DeSantis said.

DeSantis was referring to the president’s extension of a moratorium on evictions for renters — something even the president admitted was likely unconstitutional when he announced it Tuesday but which he framed as a gambit to buy more time.

“I’m not surprised that Biden doesn’t remember me. I guess the question is what else has he forgotten? Biden’s forgotten about the crisis at our southern border.”
pic.twitter.com/tvXUDiTKGV

And that’s what you get for a “Governor who?” quip.

It’s not only that Biden opened himself up where he’s particularly vulnerable: Biden oft comes across as a man for whom remembering his current home address at 1600 Pennsylvania Ave. in the District of Columbia is a task on par with completing the Sunday New York Times crossword puzzle.

(Of course, it’s possible that Biden is so coddled by his staff and a sympathetic media that he doesn’t realize almost half the country thinks he’s at least halfway to dementia, but that would be a bad sign all by itself.)

One assumes he does remember who DeSantis is, since Biden’s own press secretary makes a habit of attacking the governor, and just two days earlier Biden himself gave DeSantis’s state a lecture from the bully pulpit of the presidency.

Therein lies another issue with the insult, though: If Biden wants to act as if the delta variant is Very Serious™ and requires DeSantis to reinstitute White House-endorsed COVID curbs or “get out of the way” and let the federal government take the reins, he shouldn’t just pretend he’s a nobody two days later because it might get a laugh from sycophants.

DeSantis didn’t even need to undermine Biden’s message at this point; the president already had.

Finally, pithy as “Governor who?” may sound, jabs like that let the target of the insult define themselves — and what the issues are — on their own terms. And oh, boy, did DeSantis ever define himself.

On the other hand, there’s still the real possibility Biden seriously meant “Governor who?” I guess we’ll know for certain if, in a few years, he’s referring to DeSantis as “President who?” 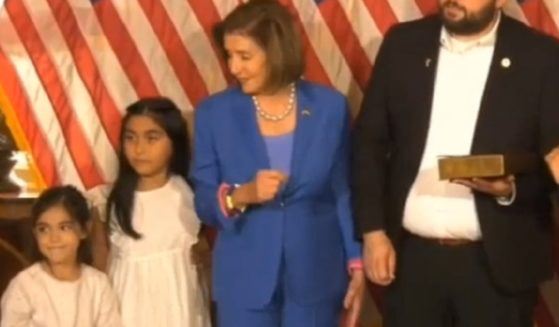