In a huge breakthough, attorneys for Paul Manafort have filed a motion to dismiss his indictment based on a possibly fatal flaw in the authority of special prosecutor Bob Mueller to bring the charges.

Mueller, they point out, derives his authority from his appointment by Deputy Attorney General Rod Rosensetein. Rosenstein, in turn derives his from the recusal by Attorney General Jeff Sessions from “any existing or future investigations of any matters related in any way to the campaigns for President of the United States.”

But, Manafort’s lawyers point out, Sessions’ recusal applies only to matters relating to the campaign. As Mueller’s probe has ranged far and wide quite apart from anything that happened during the campaign, he is exceeding the authority Rosenstein was able to confer on the prosecutor.

Investigating anything else — like Manafort’s business dealings in Ukraine or Trump’s prior business activities or those of brother-in-law Jared Kushner — is all outside the scope of Session’s recusal and, therefore, of Rosenstein’s authority.

Only Attorney General Jeff Sessions himself can supervise an investigation of things other than those directly related to the 2016 presidential campaign, the argument goes.

Prominent California constitutional attorney Robert Barnes supported the contentions of Manafort’s legal team in an article in Law and Crime.

Barnes says: “I agree with this take on Mueller’s authority … Sessions himself has exclusive authority to appoint a special counsel for non-collusion charges, and Sessions has taken no such action.”

He calls on Sessions to formally notify Mueller “that he does not have authority to act outside of campaign-related cases.”

While supporters of President Donald Trump have urged Congress to limit the scope or duration Mueller’s investigation, they now have a clear legal basis for doing so.

Do you think Sessions should take immediate action to reign in Mueller's investigation?
99% (2292 Votes)
1% (22 Votes)

Indeed, if Sessions does not act, he is in violation of his duty as attorney general, Barnes contends. He cites “Sessions’ court-recognized Constitutional obligation to ‘direct and supervise litigation conducted by the Department of Justice.'”

Barnes argues that “ethically, professionally, and legally, Sessions cannot ignore his supervisory obligations for cases that are not related to the ‘campaigns for President.’”

Barnes also cites a a federal district court holding that “the special counsel cannot act outside the bounds of either his limited jurisdiction or without regard for Department of Justice policies and regulations. As such, the Special Counsel does not wield unlimited authority.” Indeed, a special counsel’s “authority is therefore confined to the narrow objective of accomplishing the specific mandate he was given.”

So, Barnes argues, Mueller’s investigation must be limited to “links between the Russian government and individuals associated with the campaign of President Donald Trump.” Any subject matter that does not concern “the campaign,” is out of bounds for Mueller.

Specifically, Sessions has the power “to notify Mueller and formally revoke Mueller’s authority at any time in cases that do not concern the campaign itself. Sessions can remove Mueller’s authority to request search warrants, subpoena grand jury testimony, subpoena grand jury records, target individuals, or issue indictments unless the subject matter is constricted to the campaign itself. Sessions can return power over the existing indictments to regular DOJ prosecutors, as both the Constitution and the statutes compel. Sessions can dismiss existing indictments as an excess of authority of Mueller’s team.”

Since Mueller seems to have long ago concluded that there was no collusion between Russia and Trump in the campaign, he is outside of the bounds of his authority and out of business.

This argument, sure to be echoed by Trump’s legal team — and likely by a presidential tweet — could spell the end of Mueller’s mandate.

Dick Morris is a former adviser to President Bill Clinton as well as a political author, pollster and consultant. His most recent book, “Rogue Spooks,” was written with his wife, Eileen McGann.

Dick Morris
Dick Morris is a former adviser to President Bill Clinton as well as a political author, pollster and consultant. His most recent book, "50 Shades of Politics," was written with his wife, Eileen McGann.
Dick Morris: Biden Will Be the Least Powerful President Since Carter
Dick Morris: Donald Trump Has Been One of Our Great Presidents
Dick Morris: The Coming Democratic Reign of Terror
Dick Morris: Republicans Must Force Biden to the Left
Dick Morris: How the GOP Can Beat the Dems at Their Own Game - And Take Back America
See more... 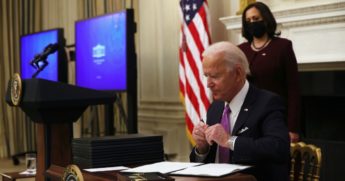