Thomas, 48, is facing a charge of driving under the influence of intoxicants.

The Tualatin Police Department said it received reports of a stationary car in Washington County near Portland around 8:30 p.m., according to KGW-TV.

When officers arrived on the scene, they discovered the child star and conducted a field sobriety test, which they say Thomas failed.

Officers took Thomas into custody and he told them that he had starred in the 1982 classic film. 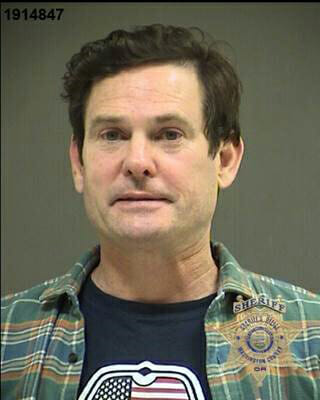 Henry Thomas was arrested Oct. 21, 2019, in Tualatin, Oregon, when police responded to a call that a vehicle was stopped in a lane of travel. (Washington County Sheriff’s Office / Getty Images)

Although he has appeared in several films since, Thomas is still best known for his role as Elliott, a boy who befriended a left-behind alien.

Thomas quickly impressed Spielberg and the movie’s producers with his audition for the film.

In fact, it left many of those conducting the audition in tears.

“It was just one of the most amazing and moving audition experiences I had ever really been through,” Marci Liroff, the casting director, told IMDb.

RELATED: Romance in a Galaxy Far, Far Away: Disney's Star Wars Franchise Not as Bad as You Thought

Thomas also has had a recurring role on the Netflix horror show “The Haunting of Hill House.”

According to NBC News, Thomas was released from the Washington County Jail on Tuesday morning on his own recognizance.