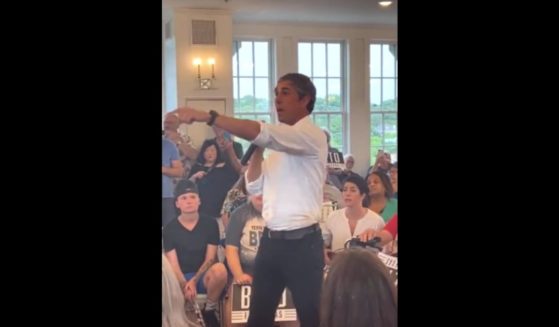 I was surprised that President Joe Biden’s handlers allowed him to participate in CNN’s town hall on Wednesday night. The event at Mount St. Joseph University in Cincinnati just spawned a whole new round of unflattering media soundbites.

The night had plenty of bizarre moments. At one point, moderator Don Lemon actually called Biden “the big guy.”

Did Lemon forget the significance of this reference?

One of the emails found on his son Hunter Biden’s now infamous abandoned laptop reportedly listed the proposed split for expected profits among participants in a planned business deal with a Chinese energy company. One of the potential recipients was to receive 10 percent. The email read: “10 held by H for the big guy?”

At any rate, the hits just kept on coming. At one point, the president told an outright lie about coronavirus vaccines — which was especially rich given that his administration recently admitted it has been working closely with Facebook and others to censor “misinformation.”

In the clip below, Biden told the audience: “The various shots that people are getting now cover that. They’re, they’re, you’re OK. You’re not gonna, you’re not gonna get COVID if you have these vaccinations.”

Well, that would be news to the six fully vaccinated Democratic legislators who fled Texas to prevent the state House from passing voter integrity legislation. These individuals also infected a member of House Speaker Nancy Pelosi’s staff and a White House official, both of whom were vaccinated, according to ABC News.

In May, the Centers for Disease Control and Prevention reported that 10,262 fully vaccinated Americans had been infected in the first four months of the year — as it announced it would stop keeping tabs on that figure.

Related:
Watch: Even Blue Cities Have Had Enough of Fauci, Gets Booed While Throwing First Pitch at Game

The CDC is, however, still reporting statistics for hospitalizations and deaths of vaccinated individuals. As of July 12, those numbers were 5,189 and 1,063, respectively.

Perhaps we could give Biden a pass for lying about this if our civil liberties weren’t under attack. This administration has been unapologetic about its employment of totalitarian tactics such as censorship and the mass surveillance of citizens’ private communications.

Last week, we learned that our text messages may be screened for possible “misinformation” about COVID vaccines. As if the government’s plan to send people door-to-door to “educate” us about vaccines isn’t intrusive enough, left-wing groups reportedly will be working with SMS carriers to flag “problematic” messages.

As reported by Politico, “Biden allied groups, including the Democratic National Committee, are also planning to engage fact-checkers more aggressively and work with SMS carriers to dispel misinformation about vaccines that is sent over social media and text messages. The goal is to ensure that people who may have difficulty getting a vaccination because of issues like transportation see those barriers lessened or removed entirely.”

The report quoted White House spokesman Kevin Munoz’s defense of this strategy: “We are steadfastly committed to keeping politics out of the effort to get every American vaccinated so that we can save lives and help our economy further recover. When we see deliberate efforts to spread misinformation, we view that as an impediment to the country’s public health and will not shy away from calling that out.”

So, yes, we must call out the president’s “misinformation.” Many fully vaccinated individuals have contracted COVID.

Another noteworthy aspect of the event was the small size of the audience. Perhaps CNN or Biden’s handlers wanted to limit the number of attendees. But if this had been a town hall for former President Donald Trump, the venue would have been packed.

The audience for the @CNN @POTUS ‘town hall’ is all seated in forward rows. Back of the auditorium is empty. pic.twitter.com/cUFYTQEtHr

At times, Biden lapsed into incoherency.

Is there really anyone willing to step forward with a straight face and say there’s nothing wrong here?https://t.co/YwemWerdLS

Here are a couple of moments that also stood out.

There was, however, one substantive moment that was sure to disappoint progressives. Although Biden has said the filibuster is a relic of Jim Crow, he said Wednesday that he believes it should remain in place.

“I’ve been saying for a long, long time, the abuse of the filibuster is pretty overwhelming. … There’s no reason to protect it, other than you’re going to throw the entire Congress into chaos and nothing will get done,” he said. “Nothing at all will get done. There’s a lot at stake. The most important one is the right to vote, that’s the single most important one.”

“What I want to do is, I’m trying to bring the country together,” the president said.

He could have fooled us.