Here are some of the famous faces who passed away in January 2020.

The NBA’s longest-serving commissioner, David Stern, passed away on Jan. 1 after suffering a brain hemorrhage in mid-December. He was 77 years old.

Ninety-year-old Don Larsen, a former New York Yankees pitcher who threw a perfect game during the 1956 World Series, died as a result of esophageal cancer on Jan. 1.

Australian actor Harry Hains died at age 27 on Jan. 7 after struggling with “mental illness and addiction,” according to his mother. He was most famously known for his role in “American Horror Story.”

On Jan 7 my beautiful son died . He was 27 and had the world at his feet . But sadly he struggled with mental illness and addiction . A brilliant spark shone bright too short a time .. I will miss you Harry every day of my life …

“Highlander” actor Stan Kirsch died by apparent suicide in his Los Angeles home on Jan. 11. He was 51 years old.

Actress Norma Michaels, 95, passed away on Jan. 11. She appeared in many films and televisions shows over her 60-year career, including “King of Queens,” “Modern Family,” and “Hello, My Name Is Doris.”

“Bachelorette” contestant Tyler Gwozdz died on Jan. 13 after a suspected overdose, according to E! News. The 29-year-old’s family has since begun raising money for a new foundation that will help people overcome addiction.

Rocky “Soulman” Johnson, a WWE Hall of Fame wrestler and the father of Dwayne “The Rock” Johnson, died on Jan. 15. He was 75 years old.

I love you. You broke color barriers, became a ring legend and trail blazed your way thru this world. I was the boy sitting in the seats, watching and adoring you, my hero from afar. The boy you raised to always be proud of our cultures and proud of who and what I am. The boy you raised with the toughest of love. The intense work. The hard hand. The adoring boy who wanted to know only your best qualities. Who then grew to become a man realizing you had other deeply complicated sides that needed to be held and understood. Son to father. Man to man. That’s when my adoration turned to respect. And my empathy turned to gratitude. Grateful that you gave me life. Grateful you gave me life’s invaluable lessons. Dad, I wish I had one more shot to tell you, I love you, before you crossed over to the other side. But you were ripped away from me so fast without warning. Gone in an instant and no coming back. Im in pain. But we both know it’s just pain and it’ll pass. Now I’ll carry your mana and work ethic with me, as it’s time to move on because I have my family to feed and work to accomplish. Finally, I want you to rest your trailblazing soul, Soulman. Pain free, regret free, satisfied and at ease. You lived a very full, very hard, barrier breaking life and left it all in the ring. I love you dad and I’ll always be your proud and grateful son. Go rest high. #ripsoulman #rockyjohnson 🐐

Abe Piasek, a Polish Holocaust survivor, died on Jan. 16 at the age of 91, according to WTVD. He spent his life speaking about the Holocaust at schools in his home state of North Carolina.

Folk-rock singer-songwriter David Olney, 71, died in the middle of a Florida performance on Jan. 18. He reportedly apologized and then “fell silent and dropped his head,” according to NBC News.

A founding member of the Monty Python troupe, Terry Jones passed away on Jan. 21 after suffering from dementia. He was 77 years old.

I had no idea Terry Jones from Monty Python passed away last Tuesday.
RIP to this hilarious man. pic.twitter.com/xH0xrwzN2i

“PBS NewsHour” co-founder and host Jim Lehrer passed away on Jan. 23 in his sleep. He was 85.

NBA legend Kobe Bryant tragically died in a helicopter crash on Jan. 26. His 13-year-old daughter, Gianna, and seven others on the flight also died.

Iconic comedian Jack Burns, who appeared on “The Andy Griffith Show” and produced around two dozen episodes of “The Muppet Show,” died on Jan. 27, according to The New York Times. He was 86.

Some folks suspect we Muppets don’t work with a script. Not true. We have had many great and funny writers, and one of the greatest and funniest was Jack Burns. You made us smile. You made us laugh. You made us funny. Love you, forever.

NASCAR racer and trucking legend John “Johnny” Ray passed away on Jan. 27, according to NBC Sports. Shortly after 9/11, he famously attached an American flag to his big rig and drove around Talladega Superspeedway, which quickly became a tradition.

Author Mary Higgins Clark, 92, passed away on Jan. 31 due to natural causes, according to her publisher. Known as the “Queen of Suspense,” she authored 56 books. 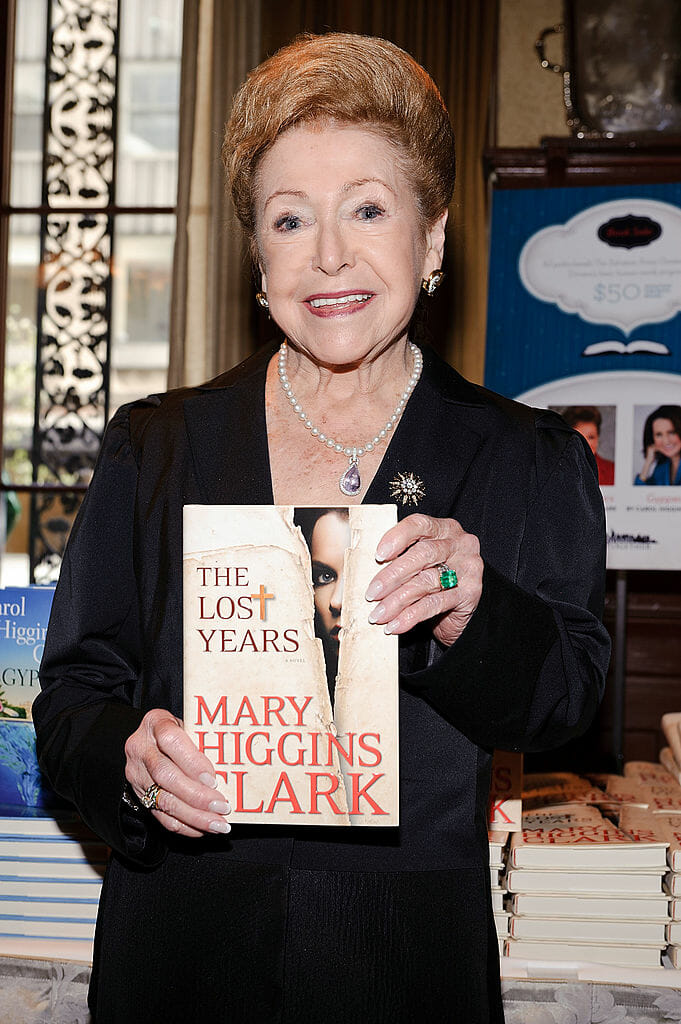