France is racing to crush any possibility of a Freedom Convoy happening in Paris as Canada continues to deal with the fallout from the truckers and their peaceful anti-vaccine mandate protest.

The police in the French capital are threatening prison, instituting a driving ban, and setting a 4,500 Euro fine for protesters who gather to protest the mandates, according to the Daily Mail.

Authorities in Paris are desperate to avoid the fate of Canada’s capital in Ottawa, where thousands of truckers have clogged the streets there in hopes of convincing Canada’s federal government to drop its vaccine mandates that will severely impact their industry.

The moves in Paris come ahead of hundreds of French truckers who are gathering to emulate the protests in Canada. In preparation for the convoy, authorities in Paris declared the protest an “undeclared mobilization” to form the basis of outlawing the effort before it even starts.

Paris police warned that, “There will be a special deployment … to prevent blockages of major roads, issue tickets and arrest those who infringe on this protest ban.”

“Due to the risk of public order disturbances that this gathering could cause, the Prefect of Police issues an order prohibiting such demonstrations, from Friday February 11, 2022 to Monday February 14, 2022 inclusive,” the police added.

Meanwhile, French President Emmanuel Macron has authorized the use of armored vehicles to oppose any convoy that might dare attempt to enter the capital.

The French truckers, though, have vowed to continue on to Paris despite the move to stop them. Many have even adorned their vehicles with Canadian flags to show their support for their North American compatriots.

Nearly 200 miles to the northwest, authorities in the Belgian capital of Brussels are also setting strict penalties for any possible trucker protests.

“Means are being put in place to prevent the blocking of the Brussels-Capital Region,” Brussels Mayor Philippe Close wrote on Twitter.

The truckers in Canada have already seen some success as several Canadian provinces have moved to begin rolling back their COVID-19 restrictions.

It appears that the efforts of the truckers are making inroads for their cause after the provinces of Quebec, Alberta, Saskatchewan, and Prince Edward Island announced that they are lifting some or all their COVID restrictions.

The convoy has earned wide support from millions of Canadians and Americans alike. Indeed, the convoy raised more than $9 million dollars for the truckers to be used to feed them, fuel their trucks, and to generally support their effort. But these millions were cruelly snatched away when online fundraising site GoFundMe refused to distribute the funds as agreed.

Fortunately, Christian fundraising site GiveSendGo stepped up to fill the void and quickly raised more than $5 million to support the Freedom Convoy.

But the authorities in Canada are lining up to quash the truckers by any means necessary. Authorities in Ottawa, for instance, petitioned a court to shut GiveSendGo down. The court ruled that the site cannot distribute the funds raised for the truckers. GiveSendGo, though, is standing defiant and has said that no Canadian court has jurisdiction over to whom they give their donations.

Joe Biden even tried to get in the game by urging Trudeau to use his power to crush the trucker revolt.

Biden’s White House issued a statement Thursday, saying Homeland Security Secretary Alejandro Mayorkas and Transportation Secretary Pete Buttigieg “each spoke with their Canadian counterparts, urging them to use Federal powers to resolve this situation at our joint border.”

With so many powerful government forces lining up against these peaceful anti-mandate protesters, it seems clear that after years of standing aside for leftist protests, such as Black Lives Matter, the LGBTQ agenda, indigenous people, and other left-wing causes, these left-wing governments are all of a sudden unhappy with citizens taking to the streets to protest government overreach. 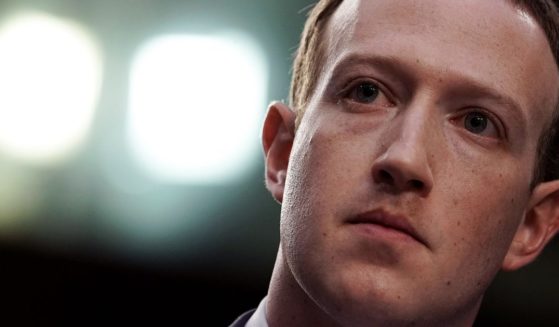