Two twin sisters were placed on Clayton County Sheriff’s Office’s top 10 most wanted suspects after beating and robbing a woman.

Their weapon of choice? A frying pan.

Officials say 19-year-old twins Kyra and Tyra Faison entered a home outside of Atlanta, Georgia, on Dec. 10 and beat a victim in the face with a frying pan, according to WAGA-TV.

They allegedly then dragged the victim out of her home, stole her car keys and phone and continued to beat the woman.

The authorities issued a warrant for the twins’ arrest and placed them at the number two spot on the county’s top 10 most wanted list.

The Faison sisters are facing charges of aggravated assault with a deadly weapon, aggravated battery, robbery, 1st-degree burglary with the intent to commit a felony and criminal trespass with damage to property. 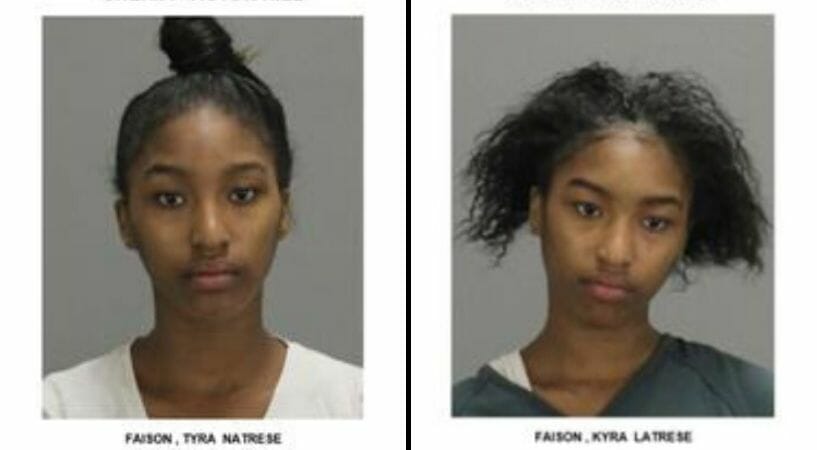 “Since these twins want to commit twin crimes in Clayton County, Sheriff Victor Hill has both of them occupying the #2 spot on his top ten most wanted at the same time,” the sheriff’s office wrote in a media release on Dec. 14.

“This ensures a double reservation at ‘The Hill-ton’ where the twins can face the wall twice together at Georgia’s toughest para-military jail.”

On Dec. 17, Clayton County Sheriff’s Department announced that they found and arrested Tyra.

Kyra is also facing additional charges for failure to appear in court on Dec. 12 on charges of reckless conduct, theft by receiving stolen property and discharging firearms on the property of another for the Dec. 10th incident.

“Kyra and her boyfriend Mouton are both on their way to join Tyra at the luxurious “Hill-ton” where all three will spend the holidays facing the wall,” the sheriff’s department wrote in a media release.