President Donald Trump has found a new, unlikely, ally in his battle against China: billionaire George Soros, a liberal financier whom conservatives often criticize as antagonistic to traditional values.

Soros offered a lengthy and robust criticism of the communist country during a private dinner Thursday at the World Economic Forum in Davos, Switzerland.

The notoriously anti-Trump philanthropist even took the U.S. president to task for not doubling down on his battles against China.

“China isn’t the only authoritarian regime in the world, but it’s undoubtedly the wealthiest, strongest and most developed in machine learning and artificial intelligence,” Soros said. “This makes Xi Jinping the most dangerous opponent of those who believe in the concept of open society.”

Chinese spokeswoman Hua Chunying pushed back against the 88-year-old Hungarian, telling reporters that Soros’ remarks were “meaningless and not worth refuting.”

She also urged the liberal billionaire to “correct his attitude” and adopt a “rational and correct opinion of China’s development.”

Some observers believe the Belt and Road is a scheme to push for Chinese dominance in global affairs.

Soros’ position on China appears to dovetail nicely with Trump’s while at the same time speaking to his concerns about threats to a purely open society.

“Instead of letting ZTE and Huawei off lightly, it needs to crack down on them,” Soros said, referring to two Chinese telecommunications companies working to develop fifth-generation smartphone networks.

“Regrettably, President Trump seems to be following a different course: make concessions to China and declare victory while renewing his attacks on U.S. allies … This is liable to undermine the U.S. policy objective of curbing China’s abuses and excesses,” Soros added.

Trump has meanwhile worked the past few months to turn the screws on Chinese President Xi Jinping. The administration slapped stiff tariffs on $250 billion worth of Chinese products, among a slew of other strong-arm tactics; China returned fire with strategic tariffs of its own.

Xi and Trump eventually agreed to a 90-day truce in December and to work toward an agreement.

Trump’s attacks against China come amid reports that Volkswagen, Tesla, BMW, Daimler, Ford and GM are among 200 companies transmitting position information and other data to government-backed monitoring centers.

There are also concerns that China is using artificial intelligence to censor and monitor individuals beyond Beijing’s borders.

Data is stored at China’s Shanghai Electric Vehicle Public Data Collecting, Monitoring and Research Center, which sits in a large tower in the Jiading district. The center contains a room with an enormous wall with green dots flashing, each representing a single vehicle traveling through China’s streets on a map that some believe could reveal where people work and live. 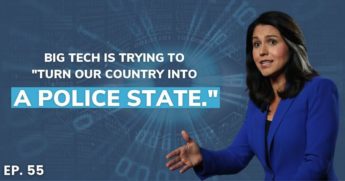