If you even needed a reminder of the multitudinous evils Ghislaine Maxwell is accused of — and not just that she happened to be the “gal pal” of Jeffrey Epstein, the most notorious child sex abuser in recent history — you need only to look at the accusation leveled by a woman simply known as Jane Doe.

Doe is one of the women who filed suit against Epstein’s estate last year. In an interview with Fox News, she detailed a pattern of misconduct by Maxwell that involved more than just grooming.

“She is an evil person. I don’t believe that Jeffrey Epstein could have obtained the magnitude of victims that he had had it not been for her,” she added. “She destroyed what was supposed to be the best years of my life, being a teenager and being a cheerleader.”

Doe told Fox the abuse began in Florida in 1991, when she was only 14. It ended when she was 16 — but not before she was forced to have an abortion because Epstein had impregnated her. She also said she was brutally beaten and raped by both Epstein and Maxwell because they feared she’d told her grandparents, who were raising her.

According to Doe, the abuse began where so many stories surrounding the financier have: She was recruited by a friend into Epstein’s orbit.

The girl says she was given a pager and Maxwell would go on shopping trips with her, buying her luxury goods.

This went in the same, enraging direction; the woman says she was sexually assaulted. But not just by Epstein, she says. She was also penetrated with sex toys and fingers by Maxwell.

“When this started, she told me that Epstein was getting upset because I kept bleeding, and that she was helping so that it wouldn’t hurt so much because it should be satisfying,” Doe said.

She said that Maxwell was often in the room with Epstein instructing her in how to pleasure the financier.

“It was her more or less, coaching,” Doe said. “Do it this way and do it that way, because once you become a model, this is what they’re going to expect from you.”

This was decidedly similar to the story of one of the three minor victims described in the indictment against Maxwell unsealed on Thursday — although it appears not to be Jane Doe’s story, since the abuse in that case began three years later than Doe alleges.

“During these interactions, which took place between approximately 1994 and 1997, Maxwell groomed Minor Victim-1 to engage in sexual acts with Epstein through multiple means. First, Maxwell and Epstein attempted to befriend Minor Victim-1, taking her to the movies and on shopping trips. Maxwell also asked Minor Victim-1 about school, her classes, her family, and other aspects of her life.

RELATED: Trump Says What Many Americans Have Been Thinking: Epstein Might Not Have Killed Himself

Jane Doe’s story manages to get even darker, however. After she had the abortion at 16, Epstein and Maxwell allegedly suspected she had told her grandparents. So, they sexually assaulted her one last time, gang-raping her and sending her home with a driver who had a gun.

“Ghislaine was a part of it,” Doe told Fox. “I was drugged.”

“I was dumped off in my grandparents yard naked, and was told that I wouldn’t come back alive the next time.”

“I had never been with anyone except for him [Epstein],” she added. “The fact that I had to kill my child really affected me and my family.”

Doe has said she’s “absolutely” willing to take the stand if and when Maxwell gets to trial.

“I would definitely take the stand and testify because I believe she deserves to be where she is today and she deserves to stay there for the rest of her life,” Doe said. “I hope by me coming forward, it encourages other victims.”

Of course, this is also a matter of “if.” Jeffrey Epstein died in what has been ruled a suicide in his Manhattan jail cell and Maxwell could always follow down the same path if law enforcement makes the same mistake twice. Epstein’s associate in a Ponzi scheme told the U.K. Sun that he thought jail would break the 58-year-old Maxwell.

“If they keep her in prison, she’ll crack in two seconds. She’s not able to take that sort of cruel punishment, prison is too tough and hard, she’ll have to be in solitary confinement, and she’ll snap,” Steven Hoffenberg, who served 18 years in prison after a 1995 bust, told the newspaper. (Epstein, of course, escaped punishment.)

“I know the confinement and I know how hard it is for people to adjust, it’s too painful, very psychologically painful, and she’ll never be able to take it.”

Hoffenberg said it in the context of Maxwell cooperating with federal officials and making a case against high-profile individuals who may have been provided with groomed, underage girls by Maxwell and Epstein.

“She’s going to cooperate and be very important,” he said. “[Prince] Andrew may be very concerned, and there’s a lot of people very worried, a lot of powerful people been named [in the scandal], and she knows everything.”

That’s likely not going to change whether or not she ends up in prison, however — not if Maxwell confesses to sexually assaulting young girls. Thus, she might look for an out, either of the suicidal variety or another, more earthly form of escape.

“She obviously has serious connections, multiple passports,” Jane Doe said of Maxwell in the Fox interview. “I just feel like if for any reason she could have her way out of jail she would be gone and nobody would find her.”

That’s why she supports prosecutors in their decision to ask the judge to deny Maxwell bail.

“As a result of her disturbing and callous conduct, Maxwell now faces the very real prospect of serving many years in prison,” prosecutors argued in a memo. “The strength of the Government’s evidence and the substantial prison term the defendant would face upon conviction all create a strong incentive for the defendant to flee. That risk is only amplified by the defendant’s extensive international ties, her citizenship in two foreign countries, her wealth, and her lack of meaningful ties to the United States.”

Could this be the thread that causes the entire Epstein case to unravel? One has reason to hope — but then, one had reason to hope when Epstein was arrested, too. We know how that turned out. 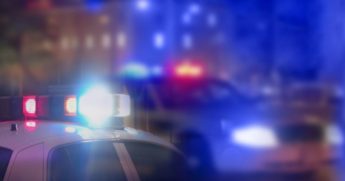