My heart broke for Afghanistan as I watched video of young men clinging to a military transport plane, desperate to escape life under the black-turbaned visage of radical Islam.

Imagine being the loving father of a 12-year-old girl in Kabul or Kandahar in early August as Taliban forces swept across the country. You would pay any price, happily make any sacrifice, to get your family away from them.

I’m especially concerned for my Christian brothers and sisters who today live in every province of Afghanistan. They know well the Islamist teachings of the Taliban, who say that anyone from a Muslim family who chooses to follow Jesus should be given one chance to return to Islam and executed if they refuse.

While some Christians were able to leave the country ahead of the Taliban takeover — I don’t blame them — not all of them withdrew at the departure of the U.S. military. I’m in awe of Christians who, knowing the risks, chose to remain in Afghanistan.

They know the Taliban’s teachings, but they also know a truth far stronger than the Taliban: Jesus Christ is Lord. These brothers and sisters value an enduring witness for Christ in Afghanistan far more than they value their own lives.

We could easily be discouraged by what is happening in Afghanistan, knowing the brutality Christians there will face. But we must fight that discouragement by remembering that God is greater than any scheme planned and fulfilled by enemies of the gospel. Since the early days of the church, empires have tried to crush the gospel and prevent its spread. None have succeeded, and the Taliban will not succeed either.

For decades, Christians have prayed that Afghans will come to know Jesus Christ. Many have put feet to those prayers and, like the South African Werner Groenewald, given their lives for the sake of the gospel in Afghanistan.

It hasn’t been only foreigners, however, who have given their lives for Christ there. While it might be more dangerous to be a Christian in Afghanistan today than it was on Aug. 30, it is only a matter of degree. It has always been dangerous for an Afghan to be a Christian.

The first and most common danger for Afghan Christians comes not from the controlling government at any given time, but rather from the Christian’s own family or tribe. Choosing Christ is seen as bringing dishonor to the family, so avenging that dishonor is not a crime but rather a duty both to family and the Muslim faith.

Even while the U.S. military was operating in Afghanistan, Afghans put their lives at risk simply by asking questions about Jesus Christ. Their own family members could kill them just for being curious.

But what if God, through his omniscient providence, uses the chaotic scenes we watched on our televisions to water the seeds of the gospel that have been sown in rocky Afghan soil and soaked in the blood of Christian martyrs?

If that thought sounds impossible, look across Afghanistan’s western border to Iran, where another group of radical Muslims took control of the entire nation more than four decades ago.

In 1979, the Iranian Revolution put the mullahs, or Islamic leaders, in charge of Iran. They promised a nation run strictly according to Islamic principles, as if the Quran were the constitution and Imam Ali, the first Shiite leader, the head of state.

For Iranian Christians and those praying for them around the world, it seemed like the worst news possible. What place would there be for Christians — especially “apostate” converts from Islam — in the Islamic Republic of Iran? Many believed they were seeing the end of the church in Iran.

Related:
Drollinger: How to Deal with Anger in a Biblical Way

Today those pronouncements seem laughable, as the fastest-growing church in the world is in the Islamic Republic of Iran. Missions leaders and researchers confidently say that more Muslims have come to Christ in Iran during the four decades since the Iranian Revolution than did during the roughly 1,400 years between the advent of Islam and 1979.

Still, it has not been easy for Iranian Christians. Pastors like Haik Hovsepian and Mehdi Dibaj were murdered. Pastor Hossein Soodmand was executed for apostasy. The government has closed every above-ground “building church” that held services in Farsi, the national language. House church meetings are raided by authorities. And Christians are interrogated, arrested, tortured and sexually assaulted.

I will never forget meeting an Iranian Christian who told me that he and his wife had discussed in detail how she would respond if she were to be arrested and raped because of her witness for Christ.

Our Christian brothers and sisters in Iran have suffered greatly. Yet gospel workers inside the country, as well as secular survey results, confirm that hundreds of thousands of Iranian Muslims have come to Christ.

Iranian friends have said that Ayatollah Khomeini, the stern face of the Islamic Revolution, drove so many people away from Islam that he can rightfully be called the greatest Christian missionary in the history of Iran.

God will advance his kingdom and his purposes, regardless of any efforts to stop him. That was true in the days of the Roman Empire, during the rise of Islam on the Arabian Peninsula and in communist Russia. It is true today in China, North Korea, Iran and Afghanistan. And it’s true wherever you live too. God is greater than the evil on display in Afghanistan and throughout the world.

Just as the Shia mullahs in Iran present themselves as the best and most devout Muslims, so the Sunni Taliban leaders say they are the best Muslims — practicing their religion just as the Prophet Muhammad intended.

But as Afghans watch the Taliban conscript their sons for militant purposes and force their daughters into unwanted marriages, many will wonder if being a “good Muslim” is a worthy aspiration. They will become curious about other faiths, and bold Christians will be ready to share with them about a shepherd Savior who doesn’t demand the sacrifice of their children but instead gave himself as a sacrifice for them.

Like followers of Christ in Iran, many Afghan believers will pay a high price. They will face assault, arrest and rape, and some Afghan Christians will likely give their lives for the sake of the gospel. As we lift up our Afghan brothers and sisters in prayer, knowing the price they are willing to pay, we have confidence that God reigns supreme.

God’s kingdom will advance, as Afghans come to know Jesus Christ in Kandahar, Herat and Mazar-i-Sharif. They will follow him in Kabul, Jalalabad and in the most remote villages throughout the country.

We are grieved by what we see in the news; both Christians and Muslims are suffering greatly in Afghanistan. But there is something else happening: God is building his church in Afghanistan, and Jesus promised that not even the gates of hell will prevail against it (Matthew 16:18).

Perhaps Mullah Hasan Akhund, interim prime minister of the new Taliban government in Kabul, will someday receive the same acclaim that Ayatollah Khomeini receives today — the greatest Christian missionary in the history of his country. 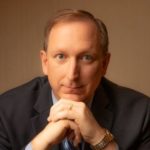 Todd Nettleton
Todd Nettleton is the host of "The Voice of the Martyrs Radio" and the author of "When Faith Is Forbidden: 40 Days on the Frontlines with Persecuted Christian," a 2022 Christian Book Award winner. He has interviewed hundreds of persecuted Christians in over 20 years serving at The Voice of the Martyrs.
Op-Ed: On This Day of the Christian Martyr, Let's Honor John Chau and Ask Ourselves Some Uncomfortable Questions
Op-Ed: Olympic Motto, 'Together for a Shared Future,' Has a Chilling Meaning for Chinese Christians and Muslims
God Has Not Abandoned the Christians Who Remain in Afghanistan
Op-Ed: How Should Christians Prepare for Persecution? Chinese Believers Share These 3 Steps
See more...
Advertisement