This should teach David Hogg a lesson.

Since he arrived on the national scene as a mix of opportunism and arrogance after February’s mass shooting at Marjory Stoneman Douglas High School in Parkland, Florida, the teenager has made a name for himself as one of the more pompous anti-gun “survivors” to come out of Broward County.

But his latest stunt is likely to show just how hollow Hogg’s platform really is.

In a Twitter posting Sunday, Hogg called on his 778,000 Twitter followers to sign a petition demanding that Vice President Mike Pence cancel his planned May 4 speech to the National Rifle Association.

The petition was originated by the liberal activist group MoveOn.org and was claiming almost 43,000 signatures by Sunday evening.

We can count young Mr. Hogg as one of them – and he wants his followers to join in.

Demand Mike Pence cancel his speech to the NRA convention on May 4 https://t.co/IBgOohJg0K @moveon

Set aside the self-aggrandizing audacity of the tweet for a second. Every teenager is entitled to Walter Mitty imaginings about their own personal greatness, and considering that this is a teenager who’s been cossetted by an ignorant, anti-gun media for more than two months now, he’s probably got more imaginings than most.

And it’s not every 17-year-old who gets to indulge in fascistic fantasies like giving speeches on the National Mall and raising his fist in a Mussolini-style salute – and doing it in real life.

Because even though there’s a very good chance that many thousands of the benighted souls who actually “follow” Hogg on Twitter will add their names, and even though this petition was pushed by activist/actress Alyssa Milano, as the Indianoplis Star reported, the chances are exactly zero that it will have any effect on the vice president’s plans to address an organization of American citizens.

More to the point, the chances are excellent that this petition, with Hogg and Milano’s name attached, will actually spur more interest among gun-rights supporters in what Pence has to say than a standard vice-presidential speech would draw.

Already, some of the responses to Hogg’s Twitter call have shown the kind of backlash he’s drawing. And some of them are absolutely humiliating.

Demand the Vice President cancel a speech to a group of law abiding citizens standing up for the Constitutional rights of all Americans? Listen to yourself! Absurd!

He’s the best advertisement to cause a sell out crowd. ? Like the VP will do what an 18 year old says. ???

And this one sums it up, with its message to Pence:

Hogg and other gun-control advocates might really think they’re on the side of the American people in this dispute, but that’s only because they believe their own publicity in the mainstream media.

There’s a reason that Congress has consistently turned down stricter gun-control laws proposed – like clockwork – after every mass shooting, and it’s not because of the NRA’s campaign donations or even its membership estimated at about 5 million members (about 10 times the size of the NAACP).

It’s because the vast majority of the American people understand their right to self-defense is intrinsic to the rest of the rights guaranteed in the Constitution. They understand that shootings like what happened in Parkland in February are horrific, but they also understand that forfeiting freedom for the illusion of security is a fool’s choice.

Hogg’s fame is the direct result of manipulation by much older gun-grabbing activists who have disproportionate influence over the mainstream media’s coverage of gun rights.

He might even enjoy publishing orders to 778,000 people, intimating he has the power to affect the agenda of the vice president of the United States. After all, what teenage boy wouldn’t?

But he actually has no more power than the gun-control movement has evidenced at the ballot box, which means it’s not anywhere near what the mainstream media would have the country believe.

What he’s doing now, apparently, is believing his own publicity. It’s a mistake many politicians make, and it’s a lesson Hogg will have to learn, as well.

And he’s going to have a chance to learn it right here. 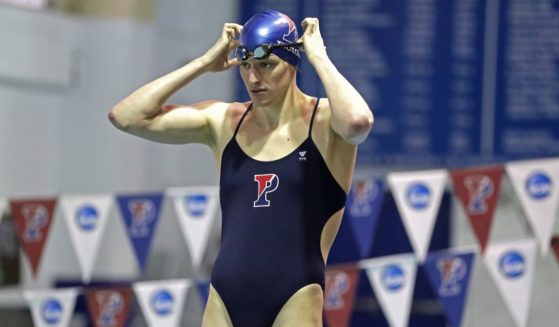