On Sunday, Hollywood celebrated itself at the Oscars. Given the kerfuffle surrounding the hosting duties and the fact that the interminable Democratic presidential primary process has just begun, I was somewhat surprised that the only profoundly political speech seemed to come from Spike Lee. Surprise surprise, he was the hero of the night.

Meanwhile, a few days before and halfway across the world, Iranians managed to thwart police who were taking two women away for not wearing their mandatory hijabs properly.

“A group of Iranians attacked a morality police van in Tehran last week after two young women were detained for ‘improperly’ wearing a compulsory headscarf, according to state-owned Iranian media and activists,” CNN reported Feb. 20.

“Officers fired shots into the air to disperse the crowd of people who tore off one of the doors of the vehicle, according to a report by the state-owned IRNA news agency about the February 15 incident. Iran’s morality police are tasked with enforcing the country’s strict social rules.

“The group prevented the officers from driving the women away, IRNA said citing an unnamed police official. The standoff ended when the women were released from the van, according to the police source.”

This has been an ongoing struggle in the Islamic republic since December of 2017, when a woman who became known as the “Girl of Enghelab Street” stood up on a busy thoroughfare and put her hijab at the end of a stick, waving it like a flag.

The woman was taken into custody by Iranian officials, according to a Fox News report at the time, but she touched off a series of protests that have been going on for well over a year. (A Kurdish news outlet reported in March 2018 that the woman, identified as 31-year-old Vida Movahed, was sentenced to 24 months in prison.)

In a Twitter post published Monday, conservative actor James Woods said that if you want to find heroism, look not to Tinseltown but Tehran.

This woman – bent, old, and frail – quietly joins the hijab protest in #Iran. This is what a hero looks like, not some hypocrite in a $50,000 gown and borrowed jewelry. pic.twitter.com/KdXYMfy33k

“This woman – bent, old, and frail – quietly joins the hijab protest in #Iran,” he wrote. “This is what a hero looks like, not some hypocrite in a $50,000 gown and borrowed jewelry.”

While there’s no verification of the video’s authenticity, it’s been making the rounds since last year. Whatever the case may be, it’s representative of the kind of bravery we’ve seen from Iranian women refusing to give in to a despotic regime.

Here are a few examples, starting with Vida Movahed:

One year ago, this brave woman, Vida Movahed, stood on a utility box tied her white headscarf to a stick & waved it to the crowd as a flag in protest against compulsory hijab on Revolution St. in Tehran

And here was Azam Jangravi, who we’ll get to in a second:

Every single one of these women is essentially guaranteeing her own arrest if Iran’s religious authorities catch up with them. These aren’t exactly small stakes. Yet, in a country where the repressive government has held onto power despite years of popular discontent, these are women willing to risk life and limb in order to advance their freedom.

Take the case of Jangravi, who had to leave the country with the help of a human smuggler after receiving a long sentence for standing on a transformer box on the same street Movahed did and waved her scarf in the air.

According to Reuters, she said she did it for her daughter.

“I was telling myself: ‘Viana should not grow up in the same conditions in this country that you grew up in,’” Jangravi said.

“I kept telling myself: ‘You can do this, you can do this,’” she continued. “I was feeling a very special kind of power. It was as if I was not the secondary gender anymore.”

She was fired from her position at a research institute after being arrested by officials and sentenced to three years in prison, all with the state threatening to take her daughter away.

Eventually, she got out: “I found a human smuggler with a lot of difficulty. It all happened very quickly, I left my life, my house, my car behind,” she said.

Two more Democrats retire as Republicans think control of the House is within reach in the 2022 midterm elections.
By Jack Davis  October 19, 2021

One group of unvaccinated employees in Seattle who were fired used their newfound time to give back to their community.
By Grant Atkinson  October 19, 2021

It's now 13 Democratic members of Congress heading for the door. Bad news for Pelosi with her mere six-seat margin of power.
By Mike Landry  October 19, 2021

Democrats Would Destroy the Oil and Gas Industry with a Plan Hidden in $3.5 Trillion Bill

Mom Ejected from Car During Wreck, Crying 4-Year-Old Inside Rescued and Comforted by Good Samaritan

Mendes got the girl out of the trashed car and comforted her until first responders arrived and cared for the girl's mother.
By Amanda Thomason  October 19, 2021

Video: Nervous Dem Rep Admits Devastating Truth About Congress That Could Change Everything

Democratic Rep. Stephen Lynch is not confident about his party's prospects in the 2022 midterm elections.
By Kipp Jones  October 19, 2021 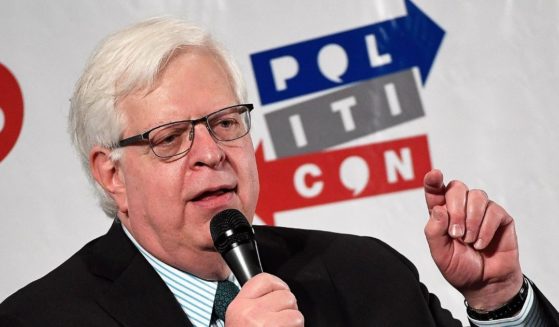 'I have hugged thousands of strangers...at rallies around the country. I have posed for photos with strangers in the thousands at speeches.'
By Amy Gamm  October 19, 2021

'Instead of treating reasonable people like deplorable idiots, it might behoove the administration to treat them as citizens.'
By Jack Gist  October 19, 2021 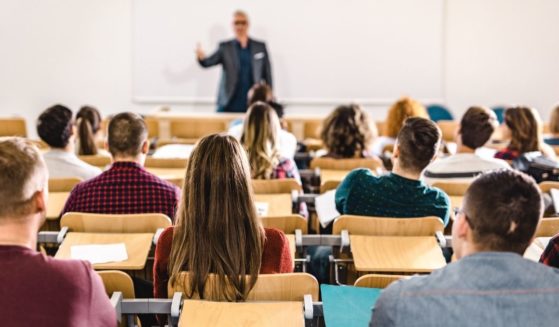 'The driving factor behind the underrepresentation of black Americans is seen in college graduation statistics.'
By Miska Salemann  October 19, 2021 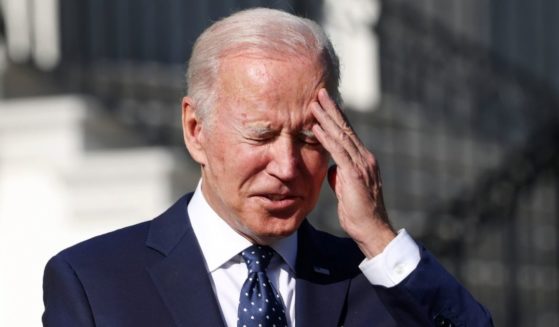 A former defense secretary who served with Joe Biden when he was vice president gives him low marks for his performance in office.
By Jack Davis  October 19, 2021