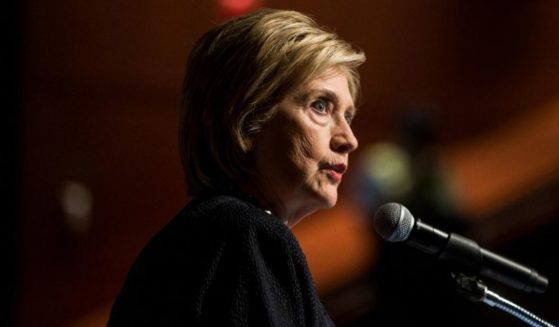 Former President Barack Obama’s speech Friday at the University of Illinois has dominated several news cycles. This isn’t surprising since it represents the first time the former president has really addressed the sitting president by name instead of skirting around him using innuendoes, treating him as if he were Voldemort.

What has been surprising are the rapturous plaudits Obama’s speech received. I understand most of what Obama does gets plaudits in the mainstream media — but there was an unusual audacity to pretty much everything he said, and it didn’t involve the audacity of hope.

Four times during the speech did a president who intentionally divided America for eight years in the White House talk about “divisions,” according to a transcript from Vox; and each of those “divisive” instances involved Republicans.

Advertisement - story continues below
Do you think Barack Obama was divisive as president?
Yes: 96% (6024 Votes)
No: 4% (222 Votes)
When Obama invoked “decent” or “decency,” however, he spoke exclusively of Democrats. That’s the party that, at the very moment the former president was making the speech, was using the Brett Kavanaugh Supreme Court hearings as an advertisement for the midterms and beyond.

It didn’t take much to notice the incongruence. Republican Sen. Marco Rubio of Florida certainly did, and he went to Twitter to expose it.

Pres. Obama is right. It is wrong for a President to use divisive language, such as:
1. Call all opponents of same-sex marriage bigots
2. Call the Pro-Life movement a "War on Women"
3. Call all immigration enforcement advocates racists
4. Call the GOP the enemy of Hispanics

Yes, Obama did all of that. And so much more, too!

How about when he made a joke about former First Lady
Nancy Reagan conducting seances? https://t.co/pVgBUXEw1b

Ah yes, not divisive at all. And then Rubio brought out what was arguably Obama’s most divisive hit, released before he even took up residence at 1600 Pennsylvania.

Barack Obama on people left behind by new economy: “And it’s not surprising then they get bitter,they cling to guns or religion or antipathy toward people who aren’t like them or anti-immigrant sentiment or anti-trade sentiment as a way to explain their frustrations.”

This is how the same man who talked about how “the politics of division and resentment and paranoia has unfortunately found a home in the Republican Party” on Friday explained those people who disagreed with the Democrats on issues like trade or immigration: guns and religion. I didn’t find that quote mentioned a whole lot after Friday’s address.

And there were more of Obama’s greatest hits to remind people of. Much more.

Barack Obama justifying ignoring constitution limits on the power of President: “Middle-class families can’t wait for Republicans in Congress to do stuff. So sue me.”

Barack Obama in a Univision interview calling on Hispanics to vote against GOP “enemies”: “If Latinos sit out the election instead of saying, ‘We’re gonna punish our enemies and we’re gonna reward our friends who stand with us on issues that are important to us…”

Barack Obama at a speech at American University accused those who opposed #IranDeal of making common cause with those in Iran who chant “Death to America”.

The media seemed to have collective amnesia about these comments on Friday. And Obama did, too.

“I am here to tell you that even if you don’t agree with me or Democrats on policy, even if you believe in more libertarian economic theories, even if you are an evangelical and our position on certain social issues is a bridge too far, even if you think my assessment of immigration is mistaken and the Democrats aren’t serious enough about immigration enforcement, I’m here to tell you that you should still be concerned with our current course and should still want to see a restoration of honesty and decency and lawfulness in our government,” he told the audience.

How wonderful it would have been if the spirit “of honesty and decency and lawfulness in our government” been evident in all the years Obama was in office or his party maintained any of the levers of power in Washington. Today, if you wanted to see the real spirit — or, dare I say, “lodestar” — of the Democrats in action, you need only have watched the Kavanaugh hearings.

Mook's admission draws Clinton into the case as a direct participant and may force the judge to admit evidence he had previously denied.
By Elizabeth Stauffer  May 21, 2022 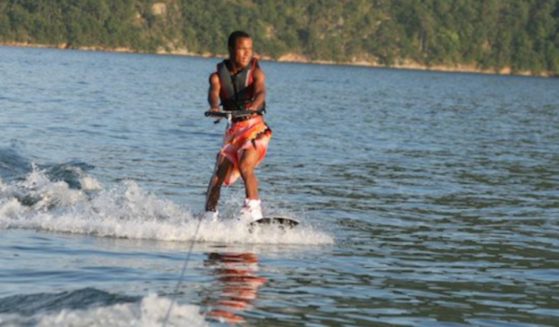 Doctors Warned Parents That Baby Would Never Be 'Normal,' But God Had Greater Plan

Cornell was born more than three months early, weighing just 1 pound and 9 ounces, to a mother struggling with drugs.
By Amanda Thomason  May 21, 2022

ESPN's Sage Steele was injured during the PGA Championship when an errant shot appeared to hit her in the face.
By Jack Davis  May 21, 2022

Strange signals coming from a distant space probe? Scientists are unsure, but they think they have an idea.
By Mike Landry  May 20, 2022

Despite sanctions and Biden's promise to wreck the Russian economy, the ruble has actually become unprecedentedly stronger.
By Abby Liebing  May 20, 2022

Morris had to give Cotton mouth-to-mouth on the way to the vet, as the dog's lungs had collapsed and he was barely breathing.
By Amanda Thomason  May 20, 2022

A judge ruled that a pandemic health policy used to quickly expel illegal migrants must remain in place.
By The Associated Press  May 20, 2022
Next