Getting out of the house has looked a little different lately. Plenty of people have experienced a bit of cabin fever — and the more kids are in the house, the more quickly that happens.

So when one mom saw an opportunity to get out and participate in a community event from the safety of her car, she jumped at the opportunity, seeing it as a chance to do something fun with her kids and go for a drive.

Tara Blaesing lives in Dodgeville, Wisconsin, with her husband and five children. The hilarity began with a Facebook Event that Blaesing spotted on April 25.

“This morning, a Facebook friend shared an event post for a ‘car cruise’ lining up at the school, just to drive around town and have some fun … ‘everyone is welcome,'” she shared on Facebook.

“Since being cooped up with five kids under the age of ten, can be a little, claustrophobic, I went ahead and hit the ‘Interested’ button.”

Three of her kids, all wearing Halloween costumes (as children are wont to do at random times of the year), got into the car with her and drove to the indicated location.

“I can see a bunch of cars parked in the U shaped parking lot, so I hang a right and pull in, some one in front of me, someone behind me … In other words, now I’m committed to this situation.”

But it was at that moment, when it was too late to back out, that Blaesing noticed a startling trend in the other cars around her that her car did not follow.

“It’s then that I notice that EVERY. SINGLE. CAR. THERE is either some sort of hotrod muscle car, vintage, or really super fancy. In other words, I have just signed myself up to participate in a Car Rally in my Basic Soccer Mom Chrysler Town and Country.”

She parked the car alongside the others waiting for the parade to begin, and tried to figure out a way to exit gracefully — but there was no way out. She was in this for good.

Meanwhile, her kids were stoked to be involved in the parade and didn’t seem to have the same awkward realization their mother did.

She admitted that she didn’t have the heart to tell them they weren’t like the other cars and would be leaving the parade, and that turned out to be for the best, both because the kids had a blast and the story has circulated online and brightened many peoples’ days.

“Of course, the kids were super excited and adorably ignorant that ‘one of these cars doesn’t belong here’ and I didn’t have the heart to tell them they weren’t going to be in a parade after all,” she wrote.

“[S]o I put on my Big Girl Pants, held my head high, and the kids and I spent the next hour driving through our small town, smiling, waving and laughing at faces that smiled, waved and laughed right back (and no doubt wondered why my swagger wagon was keeping this kind of company).”

“So if your day isn’t going great, just remember at least you didn’t accidentally join a Classic Car Road Rally in a minivan.”

“PS: Did I mention that the kids were dressed up in Halloween costumes?”

The story has been shared over 16,000 times and reacted to over 33,000. The photos and hilarious captions bring the harmless faux pas into focus, and the white minivan stationed between hot rods is certainly an amusing sight.

“YOU GUYS,” she updated on Wednesday. “The last few days have been WILD.”

The mother said the event will “likely go down in Blaesing Family lore as ‘that time mama did a really silly thing, got 10K likes for it and made a lot of people laugh during a tough time.’ And I am 100% OK with that.” 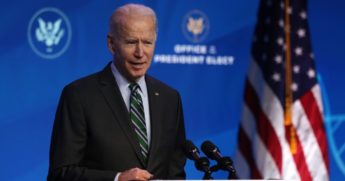