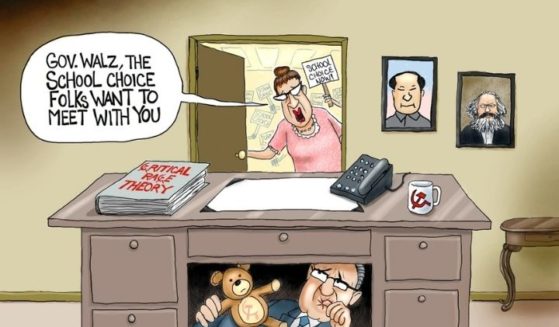 Alleged conflicts of interest in special counsel Robert Mueller’s investigation of President Donald Trump and his 2016 presidential campaign are nothing new. They started with Mueller himself, given his relationship with James Comey, whose firing as FBI director triggered this whole process.

Of course, that might be a bit of a stretch, but things become a bit more inelastic when you realize how many openly partisan individuals Mueller has hired, all of whom were members of the Hillary Clinton camp.

Few, however, can match the partisanship of Jeannie Rhee, a prosecutor who’s been questioning witnesses in the orbit of Roger Stone.

Stone is the longtime political operative who seems to be the focus du jour of the Mueller investigation. Stone, the theory goes, may have had contact with the hackers who had the Hillary Clinton emails prior to their release by WikiLeaks.

Whether or not there’s any evidence to support this claim is anyone’s guess, and Stone was no longer a member of the Trump campaign by the time the leaks happened, having either resigned or been fired in August of 2015. Nevertheless, he did continue to be a confidant of Trump and has remained central to theories that the Trump campaign colluded with the Russians.

Tyler Nixon — one of Stone’s attorneys — appeared before the special counsel on Nov. 2 and testified in Stone’s favor about a source for reports that Stone had said he knew about the WikiLeaks releases in advance, according to The Daily Caller. Nixon was stunned to learn that Rhee, a former lawyer for Hillary Clinton and the Clinton Foundation, was the one doing the questioning.

“(Rhee’s involvement) was not disclosed to me prior to my testimony, and I find this to be deeply troubling and certainly Ms. Rhee should be recused or removed from the investigation,” Nixon said.

What’s ironic is that recusals are very much in the news in regards to the Mueller probe — just not involving Rhee or anyone else on Mueller’s team. Instead, Acting Attorney General Matthew Whitaker has been the subject of demands to keep his hands off anything regarding the special counsel.

“Among the reasons that Democrats have called for Whitaker’s recusal are his comments criticizing the Trump-Russia probe as well as his work in 2014 on a political campaign for Sam Clovis, a former Trump campaign official who testified before the Mueller grand jury as a witness in 2017,” The Daily Caller reported.

“Seven top congressional Democrats, including House Minority Leader Nancy Pelosi and California Rep. Adam Schiff, cited Whitaker’s work with Clovis in a letter Sunday to the Justice Department’s top ethics official. The Democrats asked DOJ whether Whitaker has been advised on whether he should recuse himself from the probe.”

Rhee, however, represented the Clinton Foundation in a lawsuit filed by the conservative watchdog group Freedom Watch involving Hillary Clinton’s private email account during her time as secretary of state. Like many other senior members of the special counsel, she was also a Clinton donor in the 2016 election.

“I find it astonishing that there are cries for the recusal for Mr. Whitaker when I know that I was personally interviewed on behalf of the special counsel by an attorney, Jeannie Rhee, who was Hillary Clinton’s and the Clinton Foundation’s personal attorney not one or two years prior to her joining the special counsel,” Nixon said.

Stone, too, was angered by Rhee’s inclusion in the investigation.

“It seems somewhat incredible that Democrats are calling for Acting Attorney General Whitaker to recuse himself from the Mueller investigation based on his prior political activities, but they think it’s perfectly alright for Hillary Clinton’s personal attorney and campaign donor to lead a potential prosecution of Roger Stone,” Stone, practicing a bit of illeism, told The Daily Caller.

A spokesman for Mueller noted that “(Justice) Department ethics experts reviewed the matters to which the Special Counsel was appointed and determined that Ms. Rhee is authorized to participate.”

However, this has long been the issue with the Mueller investigation and conflicts of interest: Nothing to see here, no problems, move along.

But there is a problem here, and it’s quite significant: Unlike individuals who have Democrat ties or donated to the Clinton campaign, Rhee worked for the Clinton Foundation on a suit directly pertaining to Hillary Clinton.

And then there’s the bigger problem: While you see plenty of people with conflicts of interest like Rhee agglomerating around the Mueller probe, you never see someone like Whitaker being called out for that kind of thing. Hues nor cries have ever had to be raised by the media (and make little mistake, such cries would be raised, and loudly) regarding a Trump donor or a former lawyer for a Republican-aligned entity showing up on the special counsel.

When all of these little conflicts of interest all skew in one direction, they add up to a much bigger conflict of interest. At the very least, Mueller should have recognized this. That he didn’t — and that this remains a controversy — is a galling failure of leadership on his part.

Of course, have fun trying to find coverage about this in the national media. 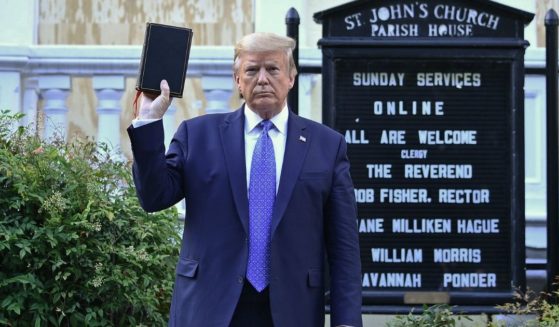 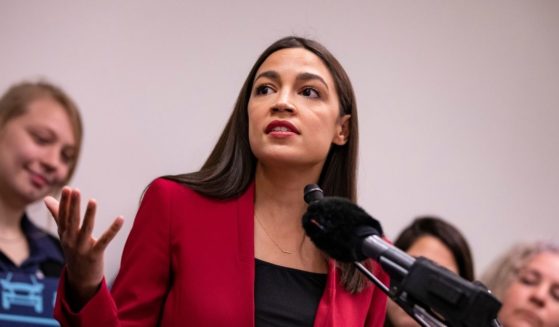