A group of migrants crossing the U.S.-Mexico border were photographed on Tuesday wearing T-shirts and carrying signs that said, “Biden please let us in!”

Biden is working to process as many as 25,000 asylum seekers who were waiting in Mexico under the Trump administration’s Migrant Protection Protocol program.

There has also been a rapid influx of child migrants crossing the border, but the Biden administration has refused to label it a “crisis.”

The number of migrant kids crossing the border is on pace to exceed the all-time record by 45 percent and the administration does not have enough beds to shelter them all, Axios reported.

Rep. Alexandria Ocasio-Cortez criticized Biden’s decision to temporarily reopen a Texas migrant facility in February and launched a fundraising campaign on Friday to fight for immigration reform, according to Fox News.

“This is not okay, never has been okay, never will be okay — no matter the administration or party,” the New York Democrat said in a statement.

The emergency facility was reactivated to hold up to 700 children ages 13 to 17, The Washington Post reported.

The facility was used for only a month in the summer of 2019 and was the source of protests and controversy during the Trump administration.

“It’s unnecessary, it’s costly, and it goes absolutely against everything [President] Biden promised he was going to do,” immigration lawyer Linda Brandmiller said.

Rep. Henry Cuellar warned the Biden administration in February of the fallout that could come from easing up on illegal immigration too much.

“You just can’t say, ‘Yeah, yeah, let everybody in’ — because then we’re affected down there at the border,” the Texas Democrat told Axios.

He cited an impact on border communities, local hospitals as well as the potential to spread COVID-19.

RELATED: Neighbors Say Officer Had No Choice but to Shoot Ma'Khai Bryant: 'She Needed to Be Stopped'

Cuellar added that “the bad guys know how to market” the change in immigration tactics from the Trump to the Biden administration, meaning smugglers will use it to convince more migrants to come to the United States.

Congressional Democrats also introduced an expansive immigration bill in February that would create an eight-year citizenship path for millions of immigrants already in the U.S. and a faster track for illegal immigrants who arrived as children.

The U.S. Citizenship Act of 2021 will cut the time to acquire citizenship from 13 years to eight years, according to an administration official. 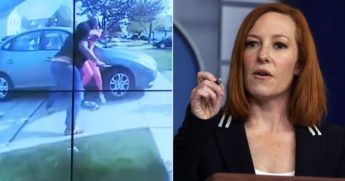