Joe Biden, who is now controlled by the radical left, is committed to undermining the security of America through open borders.

He recently said, “There will not be another foot of wall constructed on my administration.”

Ironically, this is the same man who voted for the Secure Fence Act in 2006 that mandated the construction of 700 miles of double-layered fencing.

Yet this turnabout shouldn’t surprise us, considering Biden is now beholden to the radical left.

And, while this new stance may play well with the extreme base of the Democratic Party, it sadly overlooks that a strategic border wall system is absolutely essential to guarantee the safety of the lives of the immigrants they say they care so much about.

Border experts have always recognized the effectiveness of strategic fencing. That’s why, until recently, a consensus existed among Democrats and Republicans that border walls had to be part of any border security strategy.

A border wall not only makes it difficult for people to enter the country illegally, but it also serves to deter many migrants from even attempting to do so.

This is very important since we don’t want people to make the trek to our southern border, which is fraught with risks and dangers.

During the journey from Central America and Mexico to the U.S., migrants are targeted by criminal organizations and subjected to violence and other crimes, including abduction, theft, extortion, torture and rape.

In fact, some studies suggest that as many as 80 percent of Central American women and girls are raped on their journey to the U.S.

Moreover, it’s well documented that our southern border has become a hub for sex trafficking because it remains porous and not in operational control by the Border Patrol.

President Trump is doing everything in his power to put an end to this.

Women and children from around the globe are being abducted and smuggled illegally to our country so they can be exploited in the prostitution trade and other forms of forced labor.

It’s common for children to arrive with adults who pretend to be their parents when they’re actually their captors. Traffickers also take advantage of the flood of migrants we’ve seen in the past years like the caravans from Central America to covertly sneak into the country.

Unlike Biden, President Trump has taken our border security challenges seriously, following through with his campaign promise to build a southern border wall. Over 275 miles of border wall have already been built and an additional 450 are expected by the end of the year.

President Trump understands that a wall will save lives.

The old Joe Biden understood that as well. The new one seems willing to put people at risk just to please his newly found extremist constituency. 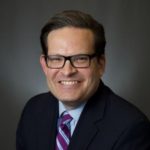 Alfonso Aguilar
Alfonso Aguilar is the former chief of the U.S. Office of Citizenship in the administration of President George W. Bush and a member of the board of advisors of Catholics for Trump.
Op-Ed: Biden Says 'Not Another Foot of Wall' Now, But in 2007 He Voted for a Stunningly Long Border Barrier
See more...
Advertisement