For well over a year, Americans have observed Joe Biden’s undeniable mental and physical decline.

Shortly after Biden was sworn in as president, he couldn’t recall his own defense secretary’s name at a White House event, calling Lloyd Austin “the guy who runs that outfit over there.” Austin was Biden’s nominee.

But Biden’s inability to remember important names — names that even the most casual observer of American politics would know — isn’t limited to his own political appointments.

During a speech announcing a trilateral security partnership between the U.S., Britain and Australia in September, Biden couldn’t remember the name of the Australian prime minister. After turning to the British prime minister and saying, “Thank you, Boris,” Biden turned to Australian Prime Minister Scott Morrison and said, “And I want to thank that fella down under.”

Biden’s handlers have done their best to limit his frightening penchant to embarrass both himself and the administration, even going so far as to provide him with cheat sheets of prepared answers to anticipated questions during his rare White House news briefings.

Just last week, Biden was seen holding cue cards instructing him on how to respond to a number of questions, including one related to his recent gaffe in which he seemingly called for a regime change in Russia.

“If you weren’t advocating for regime change, what did you mean? Can you clarify?” read the anticipated question on the cue card. “I was expressing the moral outrage I felt toward the actions of this man,” read Biden’s prepared answer. “I was not advocating a change in policy.”

While Biden is told what to say, he’s also been told which reporters to call on. Americans discovered this one year ago, during Biden’s first presidential news conference in March 2021, when he was seen using a cheat sheet that included headshots and names of reporters.

While Americans have watched in embarrassment and horror as Biden stumbles through speeches and up the stairs attempting to board Air Force One, the Democratic Party and its media propagandists have done their best to keep up the charade that Biden is both competent and qualified to serve as president. But the charade ended on Tuesday.

On Tuesday, the curtain was pulled back to reveal an old, dithering, insecure Biden, humiliated by his own party. At a White House event celebrating the 12th anniversary of the passage of the Affordable Care Act, Democrats competed for the attention of the former president, Barack Obama, while they ignored the current president, Joe Biden.

At one point a lonesome, meandering Biden even clasped hopefully onto Obama’s right shoulder to get his attention. But Obama ignored the president as he reached out to shake the hand of one of his adoring Democratic admirers instead. The former president couldn’t be bothered to turn his attention to the current president; not while his own fans were waiting.

When Obama spoke, he referred to Biden as his vice president. Moments later, Obama added, “That was a joke.” But it wasn’t a joke and it certainly wasn’t funny. Nor was it humorous when Biden said it, introducing himself as “Barack Obama’s vice president.”

The arrogance of Obama’s remark, the insecurity of Biden’s, and the footage of the former president — who appeared far more comfortable in the East Room of the White House than its current resident — paints a very clear picture of a current president who is neither respected nor liked by his own party.

We’ve been told repeatedly how close Biden and Obama are. White House press secretary Jen Psaki recently asserted that “they are real friends, not just Washington friends.” But the truth is Obama likes Joe as much as Hillary Clinton likes Bill.

Obama waited until April 14, 2020, to endorse his friend Joe for president, after it had been all but decided that Joe would get the nomination. Obama thought so highly of his friend Joe that he reportedly cautioned Democratic insiders in private not to “underestimate Joe’s ability to f*** things up.”

Even Dana Milbank, the leftist Washington Post columnist who once celebrated Biden’s election as “the redemption of a nation,” now observes that “Biden still [seems] to be playing Obama’s understudy.”

Our 79-year-old president belongs in a nursing home, not the White House. He’s frail, forgetful, confused, incompetent and insecure.

On Tuesday, the curtain was finally pulled back to reveal our PINO — president in name only — who neither views himself as the leader of the free world nor is viewed as such by his own party and administration. While that’s always been the case, the Democratic Party, the media and the entire world can no longer deny it.

The charade is over, but one question remains: If Biden isn’t the president, then who is? 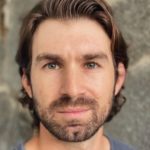 Drew Allen
Drew Allen is the host of “The Drew Allen Show” podcast. He is a Texas-bred, California-based millennial author, columnist and political analyst. His work can be read and seen and heard at drewthomasallen.com.
Op-Ed: The Charade to Portray Biden as Competent and Qualified Comes Crashing Down
See more...
Advertisement

What was Jesus looking for in the 12 men he chose to follow him and ultimately turn the world upside down?
By Ralph Drollinger  January 31, 2023

Before Tyre Nichols Killing, Memphis Police Chief Had Shocking Record at Another Department

Before becoming the Memphis police chief, Cerelyn "C.J." Davis worked with the Atlanta Police Department and had a record there.
By Jack Davis  January 31, 2023

NBA player Steph Curry is all about social justice and helping the needy, unless, of course, it seems to be happening in his backyard.
By Warner Todd Huston  January 31, 2023

To understand why the search for Joe Biden's classified documents was undertaken, we must look to Hunter's laptop.
By Mike Huckabee  January 31, 2023

This Water Crisis Could Last 10 Years: Many Fleeing City Amidst 'Hopelessness', But 1 Group is Fighting It

Hundreds of thousands of Americans don't even have running water in a crisis that's hollowing out one community.
By Richard Moorhead  January 31, 2023

"Last night was the longest night of my life!! My beautiful handsome 14 year old son had went to be with the lord!"
By Michael Austin  January 31, 2023
Next