By the day if not by the hour, conservative movement champion former Texas Rep. Steve Stockman’s situation grows perilously close to a death sentence.

Steve is the only over-60 diabetic prisoner remaining at the Beaumont, Texas, federal prison facility, which also has the highest per capita COVID-19 infection rate of any prison in the country.

And he’s been told by prison officials he will not be leaving on orders “straight from the top” in Washington.

It’s clear someone wants him dead.

Someone in Washington is ordering that his life not be saved by being released to home detention.

There need to be investigations into who it is.

My July 8 article explained why Steve and Roger Stone were American political prisoners. Roger’s sentence has since been commuted. Steve’s situation, on the other hand, has gotten worse.

As of July 14, the number of prisoners infected with COVID-19 at the Beaumont prison facility where he is located was 432, up from the 180 I reported earlier this month.

Steve’s age (63), multiple co-morbidities (diabetes, hypertension, osteoporosis, asthma and more), and the nonviolent, nonsexual nature of his conviction (charges after three grand juries refused to indict him, involving campaign finance and fundraising from two wealthy Republican donors, neither of whom filed complaints) clearly make him eligible for release to home detention, consistent with a March 26 directive from Attorney General William Barr to the director of the Bureau of Prisons for “at-risk” inmates.

And despite the known positive benefits of sunlight to fight off coronavirus, Steve has not been allowed outside in many weeks.

Given his age and health, Steve is a sitting duck in the COVID-19-ravaged Beaumont prison.

Releasing Steve to home detention would be a no-brainer. The UCLA COVID-19 Behind Bars Data Project reported that over 70,000 people have been released from jail due to the COVID-19 threat and over 33,000 released from prison consistent with federal “compassion” guidelines directed by a very law-and-order attorney general.

Steve has filed and even re-filed the papers for release to home confinement, including a petition for “Compassionate Release” he filed with Warden F.J. Garrido on April 4, to which Garrido responded on April 20. Steve was told on April 24 he’d be placed in pre-release quarantine, but was then turned away at the door by prison staff.

Soon after, and one more time since then, Steve was told by prison officials he will not be leaving on orders from the top.

On May 21 Warden Garrido wrote responding to someone inquiring about Steve’s release, noting that Attorney General Barr authorized the director of the Bureau of Prisons to “maximize appropriate transfers to home confinements of all appropriate inmates” at certain prisons where “COVID-19 is materially affecting operations.”

Garrido’s letter went on to say the Beaumont prison “will take swift action to exercise its expanded home confinement authority for any inmate who is found to be at risk for COVID-19 and suitable for home confinement.”

Steve fits the criteria for release to home detention. The directive “from the top” that he not be released is a death sentence.

Dead men, after all, tell no tales.

Indeed, after the publication of various articles describing his unfair politicized treatment in the justice system, Steve was told by one prison official that he has a “publicity problem.”

One time Steve was sent to solitary confinement. Shortly after he was placed in a jail cell with a notorious murderer.

Why is Steve Stockman being treated in such an obviously discriminatory and almost certainly deadly way?

Writing in for The Washington Times, Rebecca Hagelin explained:

“The 2018 criminal trial of Stockman has laid bare the underbelly of political targeting by the Obama administration’s Department of Justice. As a congressman, Stockman had exposed many instances of high-level corruption by Obama officials. His ability to chase down and hold accountable Obama officials is legendary. Stockman called for the impeachment of Attorney General Eric H. Holder for obstruction of justice and contempt of Congress.”

Over at The Epoch Times, Matthew Vadum reported how Steve’s many supporters in the conservative movement described him as “a victim of a complex, politically motivated runaway prosecution” who “is being punished for his zealous pursuit of Obama-era wrongdoings.”

“[Steve] was known for boldly opposing President Obama. He was a Congressional whistleblower on Obama administration corruption, with such actions as calling for the House Select Committee to investigate the government’s handling of the Benghazi embassy tragedy of lost American lives, exposing President Obama’s payment to the Haqqani terrorist network in exchange for the release of Army deserter Bowe Bergdahl, and revealing Secretary of State Hillary Clinton’s violation of the Iran sanctions to allow the sale to Iran of specialized steel used in nuclear weaponry.”

Gen. Michael Flynn’s superstar lawyer Sidney Powell is quoted by Michael Tennant at The New American: “It is highly likely [the Justice Department Public Integrity Section] targeted former Congressman Stockman and have been extremely and unreasonably harsh toward him because he was so outspoken in trying to hold Lois Lerner, the Clintons, and Obama accountable.”

Steve’s enemies in the deep state go right to Hillary Clinton and the Clinton Foundation. Steve pushed to expose their ties to Ukrainian oligarch Victor Pinchuk.

Pinchuk was the largest nonstate donor to the Clinton Foundation, donating between $10,000,000 and $25,000,000, according to ABC News. His Interpipe company engaged in possibly illegal Iranian pipeline transactions under Hillary’s watch and approval while she was Secretary of State. Rory Ross at Newsweek wrote in 2015:

“In November 2014 … Steve Stockman, wrote to the US Department of the Treasury, questioning Interpipe’s dealings with Iran.”

Newsweek has seen a copy of that letter, in which Stockman refers to a “body of evidence” detailing “exports from Interpipe to Iranian entities” that “may have contravened US sanctions to Iran.”

All this stinks, of course, and fits with the larger exposure of how the corrupt deep state under the Obama administration and the corrupt Clinton rein at the State Department used nefarious government tactics to target their political enemies.

Steve Stockman was an outspoken critic of their corruption, and now someone in Washington’s deep state wants their political prisoner to die in jail when instead he should be released to home detention.

Conservatives take action and protect life, especially for those who can’t help themselves.

The entire conservative movement needs to demand investigations into who ordered what is essentially a death sentence for Steve Stockman.

Please reach out to people you know, and who know that corruption exists in the deep state: Attorney General Bill Barr, White House Chief of Staff Mark Meadows, Republican senators and conservative or even any honest independent journalists.

Ask them who is executing Steve Stockman? We want names.

Also, please contact the two Bureau of Prisons officials below, who are or may be likely to know who has ordered that Steve Stockman remain in prison even though he is highly at risk in the COVID-19-infested Beaumont prison.

Tell them that we want names and that we will push for investigations into major abuses in the prison system, including at Beaumont.

A version of this Op-Ed originally appeared at Conservative HQ. 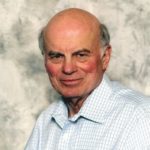 Richard Viguerie
Richard A. Viguerie is a conservative activist and the chairman of Conservative HQ.
Op-Ed: Ex-Congressman, 63, Who Exposed Obama, Clintons 'Sentenced to Death' in COVID-Infested Prison
See more...
Advertisement

A peculiar case of theft has come to light in an Illinois school district after an employee made off with an impressive amount of poultry.
By John McCann  February 1, 2023

In response to this anti-police bigotry, the owners of this restaurant gave this employee a lesson that he'll never forget.
By Peter Partoll  February 1, 2023

"The American people want to know that their commander in chief is fully capable of performing at the highest level."
By John McCann  February 1, 2023

Tesla Driver's 'Reign of Terror' Comes to an End After He Was Seen Smashing Passing Cars with Metal Pipe: DA

A suspect has been arrested after a spree of road rage attacks from a man deemed the 'Tesla Terrorizer' by Los Angeles motorists.
By Richard Moorhead  February 1, 2023

Elon Musk Visited Capitol Hill Last Week, And There's One Group of People He Left Off His Agenda

For Democrats used to rubbing elbows with the like-minded liberal lords of Silicon Valley, this was a worrying situation.
By Joe Saunders  February 1, 2023
Next