Democratic Mayor Stokes Division, Says Fatal Truck Incident at Pride Parade Was 'Premeditated' Terrorist Attack... Turns Out It Was a Gay Guy Who Screwed Up

In 1948, Winston Churchill warned that if we do not learn from history, we are condemned to repeat it.

The United States has had a nine-member Supreme Court for almost 150 years, so I urge you to consider the potential impact of the progressive wing of the Democratic Party, which is insisting the first order of business in President Joe Biden’s administration is to pack the Supreme Court.

The 2020 election and the appointment of Justice Amy Coney Barrett to the court have reignited the debate among liberals that the only way to counter the six conservative-leaning justices on the court is for the next Democratic president to pack the court. That is, add seats to the Supreme Court to shift the balance of power to the progressive view.

History would dictate that we review the checks and balances of our United States Constitution as well as review lessons from other countries who allowed this to happen.

Trending:
Pro-BLM Dem Senator's Hypocrisy Gets Exposed When He's Confronted About His Membership in All-White Club

The legislative and executive branches were laid out in our Constitution to be driven by the political will of the people and are checked by elections every two, four or six years. The third branch of government, the judicial branch, is designed to be apolitical and is to be the stabilizing force to keep one political persuasion from controlling outcomes from the bench.

The judicial branch interprets the original Constitution and other foundational documents, interprets the laws passed by Congress and the states and resolves controversies among our citizens. The composition of the Supreme Court ebbs and flows as justices are appointed for life and are only replaced following their death or resignation.

The U.S. Supreme Court has had six to 10 justices throughout our almost 250 years of existence, but in 1869, the number of justices was set at nine, which has been followed ever since.

Even Justice Ruth Bader Ginsburg, whose death sparked this renewed debate over whether Democrats should pack the court if given power, said, “Nine seems to be a good number. It’s been that way for a long time,” adding, “I think it was a bad idea when President Franklin Roosevelt tried to pack the court.”

For a vital history lesson, let’s look at Venezuela, which was once the wealthiest country in South America. It had a burgeoning middle class, and the economy was supported by vast oil reserves.

Venezuela’s constitution follows the same basic structure as that of the United States. It calls for an executive branch, a legislature and an independent Supreme Court. Venezuela was a highly functional democracy with a bright future.

In 1998, the wheels began to fall off. The Venezuelan people elected socialist Hugo Chavez as president and at the same time voted in a radical left-wing legislature. The independent Supreme Court soon began issuing rulings that went against the Chavez administration. Chavez’s solution: Pack the court with loyalists.

In 2004, he packed the court by passing a law expanding the size of the Supreme Court from 20 to 32 justices. Under the law, he essentially got to pick 12 new justices, stacking the court in his favor. Then in 2006, he ran on a fully socialist agenda, knowing the Supreme Court would not throw out any of his planned initiatives since they shared his socialist views.

Just last year, Antonio Canova, a constitutional law professor at Universidad Católica Andrés Bello in Venezuela, researched 45,000 rulings issued by Venezuela’s Supreme Court which showed that since Chavez packed the court, it has never ruled against him.

So where is Venezuela now?

It went from the richest country in South America to the poorest in the Americas, recently replacing Haiti for this dubious honor.

Just eight years ago, this beautiful country had a functioning middle class. Today, 96 percent of Venezuelans are experiencing poverty and food insecurity while inflation soars to 10 million percent. Millions have fled the country. Many of those who fled left their wealth in the country they once loved and became refugees in the United States and other nations willing to take them.

Venezuela is not the only South American country that resorted to court packing so that the elected party could rule unchallenged.

During the 1990s, Argentine President Carlos Menem packed the country’s Supreme Court with his allies. Menem expanded Argentina’s high court from five justices to nine in order to prevent the court from striking down his plans.

Within a decade, the South American country entered a great depression from which it has never recovered.

Attempts to pack the court are not new. Democratic President Franklin Roosevelt proposed it after the Supreme Court declared many of the plans of his “New Deal” unconstitutional. Roosevelt wanted to add six new justices.

But his plan fell apart, as the Senate Judiciary Committee, even though it was Democrat-controlled, declared the plan “an invasion of judicial power such as has never before been attempted in this country.” Roosevelt’s plan was overwhelmingly defeated in the Senate.

Liberal Harvard Law School Professor Laurence Tribe recently warned against packing the court: “Obviously partisan Court-expansion to negate the votes of justices whose views a party detests and whose legitimacy the party doubts could trigger a tit-for-tat spiral that would endanger the Supreme Court’s vital role in stabilizing the national political and legal system.”

Packing the Supreme Court would make it a rubber stamp. The party in power could “rule” without the checks and balances that exist today. Radical Democrats would be able to implement their socialist agenda free from constitutional scrutiny from the Supreme Court.

Congress would pass “workaround” laws that would effectively change the Constitution without a Constitutional convention, knowing the Supreme Court would not strike them down.

Just months ago, a candidate for mayor of Portland tweeted, “I am Antifa.” She campaigned wearing a skirt emblazoned with images of Joseph Stalin, Mao Zedong and Che Guevara. Her city has burned for months at the hands of leftist activists, many of whom affiliate with antifa. Years of hard work went up in smoke and private property was destroyed without consequence.

Chavez remains a hero to the radical left in Venezuela, where he created a two-tier system: abject poverty for everyday Venezuelans and the lap of luxury living for the few in power at the top, protected by the military. The Biden-Harris Democratic Party platform inked at the Democratic National Convention boasts items eerily similar to what transpired in Venezuela and led to its economic collapse.

And it all started with packing the court.

Protecting our system of government that is based on checks and balances is what has allowed the United States of America to be the sole country that may make it to its 250th birthday. If we allow the packing of the court, it would put the United States on the same path as Venezuela. God help us if that happens. 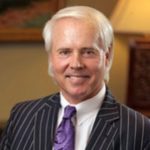 'There's very little in terms of extreme weather that has changed over the last many decades,' a former Obama administration official said.
Samantha Chang June 22, 2021

Joe Biden's prized infrastructure bill has hit a roadblock that the president did not expect - Bernie Sanders.
Garion Frankel June 21, 2021

If there were thousands of envelopes that did not have signatures, that would be a 'huge failure' by Maricopa County, Ken Bennett said.
Randy DeSoto June 21, 2021

Tokyo Olympics Set to Have Fans with Extreme Limitations

Though foreigners were banned back in March, the Tokyo Olympics will still have strict rules for those fans allowed to attend.
Jack Davis June 21, 2021

A federal judge sided with Florida on Friday, approving the state's injunction against the CDC's order restricting the cruise industry.
Michael Austin June 21, 2021

The idea that paintings by a man who just recently became a serious artist would immediately be worth up to $500,000 seems questionable.
Grant Atkinson June 21, 2021

Young Not Stupid: My Grandfather's Legacy of Living the American Dream Deserves to Live On

He oversaw the rapid growth of Bellingham into the 21st Century by ensuring that the grass was cut, the snow was plowed, and so much more.
Cameron Arcand June 21, 2021

This isn’t the first time that Kamala Harris has been accused of stepping on black Americans to reach the next rung on the political ladder.
Kevin Catapano June 21, 2021

On Saturday, it was announced that the Department of Veterans Affairs will now be funding the gender transitions of transgender veterans.
Michael Austin June 21, 2021