“Versailles cast a spell over those who lived and served and visited there. And while they were under its spell, they breathed nothing but incense, drank nothing but nectar, ate nothing but ambrosia — and imagined that they crushed roses underfoot.” — Carolly Erickson, “To the Scaffold: The Life of Marie Antoinette”

Nancy Patricia Pelosi was elected to California’s 5th Congressional District in 1987. Since then, she has risen to serve two terms as speaker of the House of Representatives, the most prestigious and powerful position in the U.S. Congress, second in line to the presidency. Should both President Trump and Vice President Mike Pence be unable to serve in office, Nancy Pelosi, by Constitutional mandate, would become president of the United States.

She is a member of political nobility.

As speaker of the House, Nancy Pelosi has a call on virtually all federal assets except Air Force One and Air Force Two.

At her leisure, she flies wherever she wants to go aboard taxpayer-owned, fully tricked-out private jets, flown by military pilots, with her pets, friends and family members; stays at the most lavish hotels in the world; eats in the finest private dining rooms and is protected wherever she goes by a full complement of bodyguards of the Secret Service.

Trending:
Father of 2 Dead After Neighbor Hears Screams for Help - He Was Gone Before Paramedics Got There

The media are spellbound by her breathing, her attire, her every utterance, no matter how extreme, banal or silly. As a member of the political nobility, Nancy Pelosi hates the masses, despises them for their lack of appreciation for her looks, her speech and especially, her ethereal and vaunted position.

She grew up in a radically progressive family, and her father served as a progressive Democrat in the House of Representatives and as mayor of Baltimore.

Pelosi grew up in the lap of luxury far removed from the realities of life. Majoring in political science in college, she has focused her entire life on the craft of politics — manipulation of the masses for political and financial gain.

Lusting for the limelight, Queen Nancy never misses an opportunity to jump in front of a camera or a parade.

Pelosi spends much of her time trying to maintain a front — including keeping up her appearance, which involves regular hair reconstruction.

Pelosi’s legacy won’t be her radical progressivism, her tacit approval of communist revolutionaries torching her city, the thousands of homeless on the streets of her district, her failure to rid the country of Donald Trump, her loss of control over her caucus to a bevy of wild-eyed communist twits or even her scandalous enrichment of her family at taxpayer expense.

No. Nancy will be remembered for having her hair done at a hair salon in San Francisco while all hair salons were shut down by her governor, Gavin Newsom, a fellow radical leftist.

Pelosi was recently caught in the raw: shuffling through the back door of a hair salon, wet straggly hair hanging down, without a stitch of COVID masking to be seen.

She was caught on closed-circuit cameras having her hair done, by private appointment, in a salon that was legally closed — without a mask. And when the clip was released to the media, she publicly blamed the owner of the salon, claiming she had been “set up.”

You see, Nancy’s middle name is Patricia, meaning regal or noble. A lifetime of political mud-wrestling has left little evidence of what might plausibly have been regal or noble in Nancy Pelosi.

There is, however, a striking resemblance to a real patrician of the late 18th century, Marie Antoinette, the queen wife of King Louis XVI.

Physical and intellectual considerations aside, the resemblance lies in the egotistical, self-entitled lifestyles of the two women. Marie Antoinette had the world at her feet and everything she could possibly desire to satisfy her childish demands — all of which eventually led to her beautifully coiffed cranium being liberated at the guillotine between C4 and C5.

The court of Louis XVI enjoyed everything that money of the day could buy: travel in the finest gilded coaches, the finest clothing styles of the day, private tutored education, unrestrained sex and drugs, prestige, position and power.

Yet that great leveler, the guillotine, brought it all down for even most patrician in French society. Louis, Marie and their entourage never dreamed they might fall from their vaunted positions of privilege, yet fall they did, their heads into the bloodied basket of the scaffold.

How could this happen? How had they lost control? Revolutions are dangerous business.

Nancy Pelosi has refined the craft of politics to a point that would turn the 16th-century Niccoló Machiavelli green with envy.

One dictum from “The Prince,” which Pelosi has certainly memorized, is to never give reason for the lowly masses to laugh or ridicule the queen, for ridicule and humor at the expense of the queen is the beginning of her fall.

The case can be made Pelosi’s fall off her perch began with the election of Donald Trump.

Possessing a low regard for the self-appointed nobility in America, the pompous pontificating pretenders of the Washington, D.C., political class and their billionaire owners, Trump’s very existence has driven the speaker into a curious mental condition, clinically known as Trump Derangement Syndrome, that even the media finds difficult to ignore. But back to the guillotine.

As in the 18th century, the political class and their billionaire owners appear to have forgotten what happened to their class during the French Revolution of 1789-1799: They had their heads chopped off — in public no less. Both the sponsors and the leaders of the Revolution ended up on the gallows.

Revolutions always end with the fomenters’, the leaders’ and the sponsors’ heads in the basket and the current revolutionary turmoil, if successful, can’t possibly end any other way.

Already, the mobs are attacking the homes of their mayoral masters in Portland, Seattle, Minneapolis and Chicago.

The mayor of Portland has been forced to leave his $840,000 condo-apartment after the revolution came to his “secure” building; he’s been forced to move to an undisclosed location by the very mob he encouraged and empowered.

Even Queen Pelosi has experienced a gathering of the lowly masses outside her multi-million-dollar home back in her district — an incident not far removed from 1789. It scared the hell out of her — or something along that line.

Revolutions are dangerous, especially for the political class.

Now Nancy Pelosi has been unmasked to her salivating, genuflecting public. She’s just another flawed human being pretending to be something she clearly is not, a very dangerous development for a make-believe queen.

Once the mob realizes she, and scores more like her in America’s political Versailles, is what she is, the cries will not be far away: To the scaffold! Off with her head! 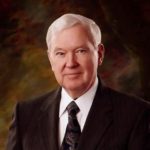 A peculiar case of theft has come to light in an Illinois school district after an employee made off with an impressive amount of poultry.
By John McCann  February 1, 2023

In response to this anti-police bigotry, the owners of this restaurant gave this employee a lesson that he'll never forget.
By Peter Partoll  February 1, 2023
Next