Ed. Note: The following Op-Ed is an excerpt from “When Television Brought Us Together” by David Hofstede, reprinted by permission of the author.

The sound of a lone bugle is heard through the second-story window of a high school classroom.

Immediately the students seated at their desks rise in unison, without being prompted, turn toward an American flag, and along with their teacher recite the Pledge of Allegiance.

That scene takes place near the beginning of “The Exile,” a 1964 episode of “Mr. Novak.” It has nothing to do with the rest of the episode. It’s just something that happened at the fictional Jefferson High School, as it happened in thousands of actual schools across America at that time.

A good school is not defined by reciting the Pledge, but there is a reason that such a ritual endured for decades. It was meant, for a moment, to unify teachers and students with diverse backgrounds, beliefs and interests into a common conviction: We’re fortunate to be here and to enjoy the benefits this country provides us.

You may not always see the Pledge recited in other school-based series from this era, but it would be a reasonable assumption that it was part of the school day.

No one would watch that scene from “Mr. Novak” and find it anomalous.

The tradition is still in place here and there, but it now sags under the weight of relentless court challenges and a U.S. history curriculum that would cause any student body to question what America has done to deserve their fidelity.

In a 2018 editorial, Nathan J. Robinson, editor of Current Affairs, summed up the feelings of many in our current times: “This dumb, creepy ritual should never have been imposed on kids.”

Next to homes and offices, schools were among the most frequent settings for scenes and stories in every family situation comedy, from “Leave It to Beaver” to “The Brady Bunch” and “The Donna Reed Show” to “Family Affair.”

Those portrayals were largely accurate in their details — the sizes of the classrooms, the subjects that comprised the school day, the lunchrooms and the playgrounds, the sports teams and the after-school clubs and activities, and the paralyzing fear that accompanied a trip to the principal’s office.

From age 5 to age 18, young people spent a sizable chunk of their lives in these institutions and parents did not have to think twice about trusting that arrangement.

Lessons would be learned, teachers would be qualified, discipline issues would be controlled and nothing would happen that clashed with the values of the community in which they all reside. In short, amid work pressures and paying the mortgage and keeping the car running and the refrigerator full, it was one less thing to worry about.

Sure, in inner cities and lower-income areas the challenges were greater. But even without the resources taken for granted in the suburbs, dedicated teachers and administrators went above and beyond to compensate for economic shortcomings and made the most of what they had, as depicted in shows like “Room 222” and “The White Shadow.”

When we watched an English teacher like Elizabeth Sherwood (Carol Mayo Jenkins) on “Fame,” we knew there were real English teachers introducing young minds to the genius of William Shakespeare and Charles Dickens, Harper Lee and Emily Dickinson.

On “Room 222,” Pete Dixon (Lloyd Haynes) taught American history to a diverse class of students, some of whom may have felt marginalized by prevailing attitudes from 200 years ago. He encouraged open discussion and conflicting opinions. In the episode “The Lincoln Story,” the discussion touched on the Civil War and slavery, and when facts and legends don’t coincide. But the objective was always education, not indoctrination.

I will always consider myself very fortunate to have gone to the public schools I attended, where parent-teacher night was packed like a matinee of “Hamilton.” It’s a reminder of how the success of a school is determined not just by teachers, but also by the families of the students that go there.

There have always been private schools and religious schools, as well as families who opted for homeschooling. But for decades the overwhelming majority of American parents were confident that our elementary, junior high and high schools accepted the important responsibility of educating America’s children, and did a great job with it.

That began to change over the past 20 years as a result of a number of factors, including Common Core, the greater reliance on standardized testing and the emergence of special interest groups with objections to certain lessons, certain courses and certain extracurricular activities.

As social activism began to supersede the “three Rs,” boards of education forgot the wisdom of Margaret Mead, who advised that children should be taught how to think, not what to think.

According to the Pulitzer Center’s 2020 annual report, more than 3,500 classrooms incorporate materials from The 1619 Project, an attempt to reframe American history around slavery.

It doesn’t matter that its teachings have been unequivocally discredited on even the most basic facts by a consensus of historians — the objective is not to study the past but to reshape the future.

For the first time, we must face the realization that the schools we’ve always trusted really have no obligation to excel because they cannot be replaced regardless of their performance.

Charter schools and religious schools can provide competition but face strong pushback from teachers unions and other organizations that are personally and financially invested in maintaining a virtual monopoly.

As this is written we may be approaching a tipping point on schools. Perhaps there will still be a Pledge of Allegiance in 20 years, but who knows what young minds will be pledging allegiance to. 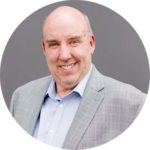 David Hofstede
David Hofstede is a television historian and founder of the blog Comfort TV. He has written several books on the medium, including his latest, "When Television Brought Us Together."
Op-Ed: As the Pledge of Allegiance Goes, So Go Our Schools
Op-Ed: Classic TV Reminds Us of When America Was Sane, Police Were Loved and Gendered Restrooms Weren't Controversial
See more...
Advertisement