Last week’s momentous decision by the Supreme Court to overturn Roe v. Wade is an answer to 50 years of fervent prayer from millions of Americans. These prayers were animated by love for those whose cries cannot be heard.

This decision is a victory for constitutionalism and the rule of law, and it is a testimony to the strength of our institutions and the integrity of the Supreme Court.

The national statistics are grim: More than 63 million babies have been aborted since Roe v. Wade in 1973. For nearly 50 years, the Supreme Court’s decision prohibited states from deciding the issue for themselves, causing deep divisions throughout our nation.

But this is not only a political win — it is also a spiritual win and a firm defense of life in all its stages. The pro-life movement, and Christians around the world, recognize the reality that a baby in the womb is a person made in the image and likeness of God, and that the act of abortion is nothing short of the taking of human life.

Now, with the release of the Dobbs opinion, the abortion debate will rightly be returned back to the states. Today, the pro-life movement needs to be prepared to play an even more elevated role in the defense of life and to stop radical policies from the left, including those that would allow abortions up to the moment of birth.

In the aftermath of this decision, our efforts to protect life move closer to home. Two primary goals are now in mind: interacting with state legislatures to protect life at the state level and working within our own local communities to offer care, resources and support to vulnerable women and their babies.

Legally, we must remember that the reversal of Roe will not outlaw abortion nationwide. Instead, it will simply allow states to decide the issue for themselves. As things currently stand, as many as 23 states can and will immediately move to protect life. However, that still means approximately half the country — including California, New York and some of the other most populous states — will continue to allow the same access to abortion.

Our role as a movement, therefore, will be to shift our political focus from the federal level in Washington, D.C., and instead direct our efforts to our elected state representatives. It is at the state level that we can most effectively inform our neighbors, shape local policy and advocate for change.

But we also need to remember the human side of the equation. The pro-life movement has worked tirelessly in this area for years, and we must continue to do so.

Approximately 132,000 children are put up for adoption each year, but there are also about 630,000 abortions annually. Is the faith community prepared to do everything in our power to provide for a massive increase in babies who need a family? Are we prepared for a huge increase in the subsequent needs that arise, such as access to housing, food and nourishment, prenatal care, diapers, baby formula and all the other essentials needed for welcoming a new child?

Today, approximately 2,700 pregnancy resource centers are located throughout the country. These centers are staffed by tens of thousands of volunteers who offer medical services, financial assistance, mentorship, counseling and overall support to vulnerable women in need.

But we will still need more: more volunteering, more time, more resources, more compassion and more of Christ’s unending love. The services we provide and the work we do will be in so much greater demand in the coming days, and pro-life Christians should prepare to meet the important moment ahead.

This Supreme Court decision is something that we have prayed for without ceasing, and we praise God that this day is finally here. Now, America has an opportunity to reaffirm a culture of life through our works, and I am confident we will rise to meet the challenge.

So much of our work as a movement is yet to come. However, it is a challenge we will joyfully embrace because we know that we are merely acting as God’s humble servants in the defense of the least among us.

The pro-life movement has prepared for this moment for decades, and we are up to the task. Together we can make a difference in the lives of all God’s children — born and unborn. 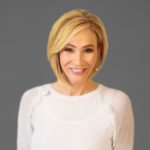 Paula White-Cain
Pastor Paula White-Cain serves as chair of the Center for American Values at the America First Policy Institute.
Op-Ed: Roe Is Over, Now We Need to Look to the States and Be Ready to Care for These Babies
See more...
Advertisement

During a Wednesday Twitter censorship hearing, the lights went out, prompting one Republican representative to take a shot at Democrats.
By Peter Partoll  February 8, 2023

The brief speech was pure Donald Trump: Here are the problems. Here's what they mean. I'm the guy to fix them.
By Mike Landry  February 8, 2023

The House Committee on Oversight and Accountability is looking into Biden family finances to see if they’ve been compromised.
By Mike Huckabee  February 8, 2023

How many times does Biden have to lapse into incoherence before the Democrats admit that he just isn't right?
By Warner Todd Huston  February 8, 2023
Next