Most travelers have a special packing list for getaways: Extra sunscreen, passport, maybe a swimsuit. It turns out that Kim Jong Un has such a list as well — but his is a bit more extreme.

The North Korean dictator has arrived in Singapore ahead of a history-making summit with President Donald Trump and other dignitaries, and he’s brought along a few things that hint at just how paranoid he may be.

According to The Washington Times, the reclusive leader apparently doesn’t trust Singapore’s high-class hotels when it comes to food. He sent in a private food supply in advance, most likely because he’s worried about being poisoned while at the summit.

It turns out that when your family has held on to power through intimidation, brutality and even assassinating your own relatives, you get a bit neurotic when you travel.

“Mr. Kim brought his own security detail, armored vehicles and a private store of food,” the newspaper reported. “A Russian-made cargo plane carrying supplies for Mr. Kim and his entourage arrived shortly before the Chinese jet.”

Despite the paranoid precautions, the city-state of Singapore is considered a first-class nation, and has pulled out all the stops for the incredibly important meeting.

“Roadblocks, vehicle checkpoints and heavily-armed police surrounded the St. Regis. Dozens of Singapore police officers were sweeping though the St. Regis in the hours before Mr. Kim arrived,” the newspaper added.

That security isn’t surprising. Kim Jong Un already made history by entering South Korea and meeting with its archenemies in April, becoming the first North Korean leader to do so.

The stage is set for more history to be made in the next few days. Despite on-again, off-again uncertainty, Kim and Trump are now set to shake hands at what could become a defining moment of the 21st century.

“I am on my way to Singapore where we have a chance to achieve a truly wonderful result for North Korea and the World,” Trump tweeted Saturday.

I am on my way to Singapore where we have a chance to achieve a truly wonderful result for North Korea and the World. It will certainly be an exciting day and I know that Kim Jong-un will work very hard to do something that has rarely been done before…

“It will certainly be an exciting day and I know that Kim Jong-un will work very hard to do something that has rarely been done before … Create peace and great prosperity for his land. I look forward to meeting him and have a feeling that this one-time opportunity will not be wasted!” he continued.

No American president has ever met a North Korean leader.

If all goes well, the president is expected to negotiate for the often-militant Korean country to abandon its nuclear weapons programs, while offering security and economic concessions in exchange.

That would be a major step toward stability in the region, and perhaps the “beginning of the end” of a clash between the two powers which dates back to the 1950s.

It is a bit ironic that even as his people starve, Kim won’t even trust food from the outside world, where it is plentiful. If there was ever any doubt where tyrannical communism leads, this should clear it up.

Hopefully, the nightmare on the Korean peninsula will be over soon. 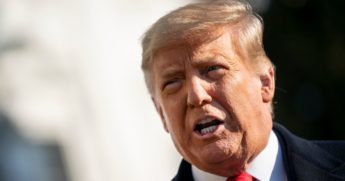