President Donald Trump recently concluded his official state visit to the United Kingdom — timed to coincide with the commemoration of the 75th anniversary of the World War II D-Day invasion — that, aside from predictably negative American media coverage, went off smoothly, marked by moments of grandeur and solemnity.

There was one noticeable problem with the visit, however, in the view of generally liberal British news commentator Piers Morgan — the conspicuous absence during the three-day event of Meghan Markle, the American actress-turned-British-royalty by virtue of her marriage to Prince Harry.

In a column for the U.K. Daily Mail, Morgan absolutely excoriated the duchess of Sussex for allowing her openly declared dislike of Trump to apparently override her responsibilities as a member of the royal family, specifically, being in attendance at important functions such as hosting an official state visit, particularly one involving the elected leader of Markle’s home country.

“She’s the only American in the British royal family, and the leader of HER country was here in her adopted country as a guest of Her Majesty the Queen,” Morgan wrote of Markle.

“Yet as virtually every other senior royal, including her husband Prince Harry, was seen on parade to welcome President Trump, there was no sign at all of the Duchess of Sussex.”

Morgan noted that rather than attend any of the banquets and dinners, participate in any of the photo opportunities, or even show her respect for the D-Day ceremonies, Markle instead “went M.I.A.” and hid herself away in her “lavish,” British taxpayer-supported residence for the duration of Trump’s time in the U.K.

“Officially, the line trotted out to the media was that she was taking care of her baby Archie, who arrived a month ago,” Morgan wrote. “But then, the moment Trump had gone, Meghan suddenly popped up at the Trooping of the Colour, in an open-top carriage, looking in radiant good health and with a permanently beaming grin.

Morgan noted that when non-royals like Markle marry into the royal family, there are certain basic expectations that come along with the sudden fame and luxury and privilege and wealth into which they’ve been vaulted overnight.

“Top of the list of behavioral requirements is that they rock up for big royal events, looking a million dollars, smiling at all and sundry, and flashing a regular royal wave at their adoring fans,” Morgan wrote. “And royal events don’t get a lot bigger than a state visit by the President of the United States.”

He noted that Trump’s visit was only the third official state visit honor extended to a U.S. president — the other two being former Presidents George W. Bush and Barack Obama — and pointed out that this visit was arguably even more important than the others, given the gravity of the historical commemoration of the incredible joint sacrifices made by American and British troops on the beaches and in the hedgerows of Normandy in 1944.

“So, I’m sorry, but bunking off at home is simply not an option for ANY senior member of the Royal Family. Yet that’s what Meghan did,” he wrote. “And we all know why she did it — she hates Trump with a passion, and views him, as she once said on TV, as a ‘divisive misogynist.'”

Morgan speculated that Markle had gone out of her way to avoid being seen or photographed near Trump or the “brand-ruinous” appearance of her not being sufficiently outraged or moved to partisan violence by his presence — which, he noted, is her personal prerogative.

“But what is NOT her prerogative is to use that personal dislike of him to snub the state visit,” he wrote. “By doing so, she was not just giving the metaphorical bird to Trump, as she would have most definitely wanted to do, she was giving it to his host the Queen, her country who he is representing and the country whom she now represents.

“Even worse, she was also giving it to all those who fought for our freedom and democracy on D-Day, and especially those who lost their lives,” Morgan added.

Morgan proceeded to point out how the queen has hosted all sorts of unsavory leaders and dubious dictators over the years, and despite her likely “private revulsion” at hosting such individuals, she nevertheless did her job as graciously as possible, as that is “part of the deal” of being a British royal.

“As the only American among the royals, Meghan Markle should have been there to greet the President and his family on behalf of her fellow Americans. By staying at home, then turning up all bright and cheerful the moment Trump left, she displayed a woefully selfish disregard for royal duty,” he concluded. 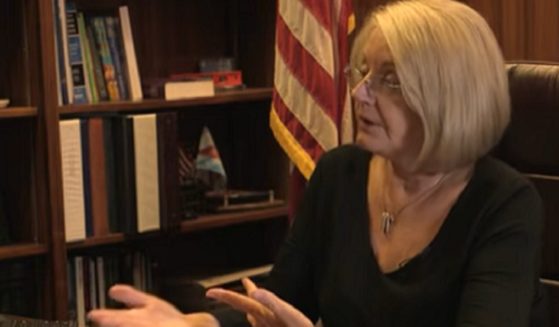