Imagine following the governor’s orders to a tee and getting rewarded for it by nearly losing everything.

That has been the case for Horseshoe Cafe owner Debbie Thompson, whose Wickenburg, Arizona, business has slowly been dying because of Gov. Doug Ducey’s stay-at-home order. When Ducey extended the order on April 29, she finally said enough is enough and decided to serve customers again.

When she stood up to that order, government officials were quick to try to smack her back down. The local community of Wickenburg, however, did their best to pick her back up.

“I obeyed the law. I did what the governor said to do. I did takeout, I did everything and I’m losing everything. Everything,” Thompson told KNXV-TV.

May 1 was originally the last day of Ducey’s stay-at-home order. On April 29, the order was extended to May 15.

Police officers came to the cafe on Friday and warned Thompson that she had to close up shop, according to the Arizona Republic.

“I told them I refused to close,” Thompson said, wearing a shirt bearing the image of President Donald Trump. “I’m not going to comply.”

After reopening, customers came out in droves and lined around the block to support Thompson and her business.

One of Thompson’s biggest supporters is her attorney, Anthony Ramirez of Warnock MacKinlay Law.

Ramirez spoke with The Western Journal about Thompson and businesses such as hers affected by the shutdown.

“It’s very important to understand that I think the order does carry the force of law. The governor did have a right to implement the order; there is a rational basis for the order,” Ramirez said.

“The issue that my client took, Ms. Thompson specifically, with this order was that it’s being applied vaguely and in an overbroad manner.”

Related:
Soldier with Religious Objection to COVID Vaccine Given 'Flu Shot,' Then He Realizes What It Really Was

“If you’re Costco or Target or any other retailer out there that has been able to remain open and have people enter your business and otherwise be exposed to other people, they can do it. But small owners are being told to stay shut down,” Ramirez told The Western Journal.

“It is what it is, but when you start criminalizing a business owner that is operating an otherwise legal business, their crime is just opening, we have an issue with that and my client is willing to fight that.”

Ramirez then made it clear that he isn’t denying the fact that there is an outbreak, but rather questioning the government’s response to it.

Anthony Ramirez and his firm are hoping to help more Arizona business owners like Thompson who need to reopen before they lose their livelihoods.

“I’ve never advocated for anybody to violate the order,” Ramirez said. 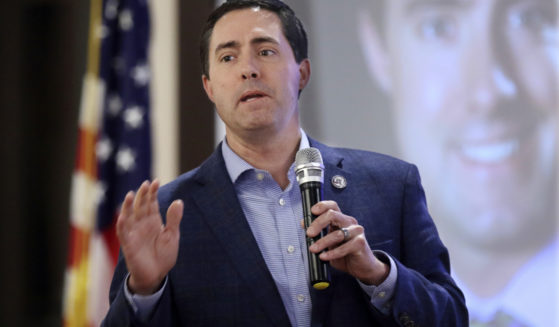