Vice President Kamala Harris has reportedly been taking on a key role in foreign policy for the Biden administration.

The White House posted a readout of a call between Harris and French President Emmanuel Macron on Monday.

“Vice President Kamala Harris spoke today with President Emmanuel Macron of France, and expressed her commitment to strengthening bilateral ties between the United States and France and to revitalizing the transatlantic alliance,” the statement said.

Glad we had this first talk @VP Kamala Harris! Let’s move forward together on all the challenges we face: climate, gender equality, regional crises, and our space cooperation with (hopefully) a new step this Thursday with Perseverance’s landing on Mars! https://t.co/5Qb1T8Pkqp

“Vice President Harris and President Macron agreed on the need for close bilateral and multilateral cooperation to address COVID-19, climate change, and support democracy at home and around the world. They also discussed numerous regional challenges, including those in the Middle East and Africa, and the need to confront them together. The Vice President thanked President Macron for his leadership on the issue of gender equality and for France’s contribution to NASA’s Mars 2020 Perseverance rover.”

Earlier this month, the vice president also spoke with Canadian Prime Minister Justin Trudeau regarding trade and energy, among other topics, according to a statement on Trudeau’s official website.

I spoke with @VP @KamalaHarris today and congratulated her on her historic election. We also spoke about our shared priorities – beating COVID-19, fighting climate change, creating good jobs, strengthening trade, and promoting diversity. More on our call: https://t.co/VGYRHZdrDF

Vice presidents typically do not play a massive role in working with world leaders, but it is not unheard of.

Harris’ role in the White House is probably as large, if not more significant, than the role former Vice President Dick Cheney had during the Bush administration.

The Biden administration has made it clear that it wants to take a drastically different approach to foreign policy than the Trump administration, which could include more involvement in global affairs and conversations with world leaders.

Together we will reassemble and renew America’s alliances and restore our leadership around the world. pic.twitter.com/0FY5uuJoln

History looks at Cheney as one of the most influential people of the 2000s and a polarizing figure in American politics.

Harris could carve out a similar legacy of power for herself if she continues to be dominant in the West Wing, but she would likely prefer to have a more likable legacy.

It is not surprising that Harris is taking on different executive responsibilities, especially because it is an open secret that she will likely try running for president herself if Biden does not pursue a second term, or in 2028.

Biden himself has expressed before that he wanted to be a transition president, so having a younger voice represent the United States while speaking with certain leaders could certainly usher in a different era of leadership.

In September 2020, Cameron joined The Western Journal as a Commentary Writer, where he has written articles on topics ranging from the COVID-19 pandemic, the "Recall Gavin Newsom" effort and the 2020 election aftermath. The "Young Not Stupid" column launched at The Western Journal in January 2021, making Cameron one of the youngest columnists for a national news outlet in the United States. He has appeared on One America News and Fox 5 DC. He has been a Young America's Foundation member since 2019.

SWAT team officers killed an armed suspect after he pulled a gun on officers and put it to the head of the K-9 that brought him down.
By Matthew Holloway  September 29, 2022

Unless the vice president was announcing an epic change in American policy going back 70 years, this was a huge flub.
By Joe Saunders  September 29, 2022

Prince Harry and Meghan, Duchess of Sussex, are reportedly scrambling to edit their Netflix series in response to the Queen's death.
By Michael Austin  September 29, 2022

Biden Is Preparing a Major Executive Order to Shield Over 600,000 Illegal Immigrants from Deportation: Report

According to a report, President Joe Biden is planning to protect hundreds of thousands of illegal immigrants via executive action.
By Michael Austin  September 29, 2022

Ex-eBay executives get prison time for bizarre harassment scheme over an online newsletter and included sending live insects to victims.
By The Associated Press  September 29, 2022

In the middle of a live report on Hurricane Ian, this brave camerman put down his camera to help a family through flood waters.
By Abby Liebing  September 29, 2022

'Biden Does Not Have the Authority': Republican States Not Taking Biden Plan Sitting Down, File Lawsuit

'The Biden Administration’s unlawful edict will only worsen inflation at a time when many Americans are struggling to get by.'
By Bronson Winslow  September 29, 2022

There are limitations, including 'the inability to determine the exact dose of vaccine delivered through the mosquito-bite method.'
By Abby Liebing  September 29, 2022

As search and rescue operations begin after Hurricane Ian, the Lee County Sheriff estimates that there could be hundreds of fatalities.
By Abby Liebing  September 29, 2022 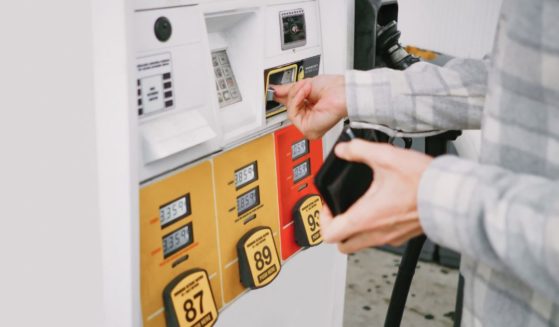 Chevron becomes the latest in an ever-growing list of large companies that are ditching California for red states.
By Jack McEvoy  September 29, 2022
Next