Where did Mia go?

The iconic image of a Native American woman on the packaging of Land O’ Lakes dairy and other products, a signature logo for almost 100 years, has been removed.

In February, the Minnesota-based company announced the change to its packaging.

The”O” on the front was vacated, and photos of the co-op’s farmers were added to the back. 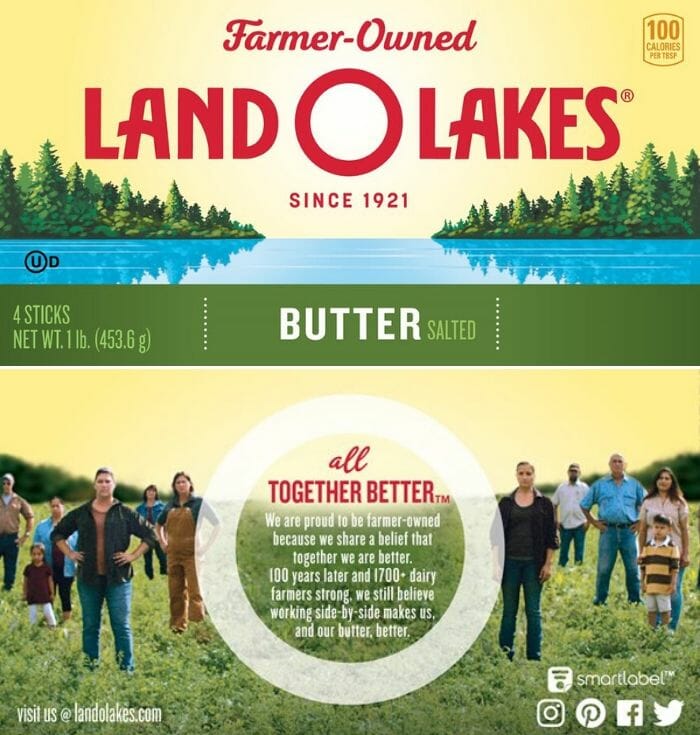 “As a farmer-owned co-op, we strongly feel the need to better connect the men and women who grow our food with those who consume it,” president and CEO Beth Ford said in a statement.

In truth, Land O’Lakes buckled under public pressure to stop using Native American images in a manner that might create a stereotype or appear to be derogatory.

In 2005, the American Psychological Association recommended that all Native American mascots be removed, saying they are a form of discrimination and hurt the self-esteem of indigenous youth.

North Dakota state Rep. Ruth Buffalo, a Democrat and registered member of the Mandan, Hidatsa and Arikara tribes, told the Twin Cities Pioneer Press that the Mia logo goes “hand-in-hand with human and sex trafficking of our women and girls … by depicting Native women as sex objects.”

Yet, in announcing its decision, Land O’Lakes did not address the controversy. Thus, the change has been cheered by the politically correct while simultaneously upsetting activists who view this as a missed opportunity to shine a spotlight on real issues impacting Native Americans.

“It could have been a very strong and positive message to have publicly said, ‘We realized after a hundred years that our image was harmful and so we decided to remove it,'” Brown University professor Adrienne Keene told the Minnesota Reformer.

“In our current cultural moment, that’s something people would really respond to,” said Keene, a citizen of the Cherokee Nation and author of the Native Appropriations blog.

There’s one point that many have missed: The image, originally created in 1928, was remade in the 1950s by Native American artist Patrick DesJarlait. He certainly did not consider it offensive to his Ojibwe tribe.

DesJarlait’s son, Patrick, expressed “mixed feelings” about the change, according to the Minneapolis Star Tribune.

“I’m sad to see it go, but I can understand why it’s gone,” he said. “We live in a politically correct time, so maybe it was time to get rid of it. …

“But in our family, my dad’s work is a source of pride for us. He broke barriers as an Ojibwe artist from Red Lake. Back then, you didn’t find native people in those kinds of jobs, and this gave him the opportunity to put his spin on a well-known native image.”

The activists who have pressed for this transformation in our society since the 1960s are increasingly faced with a stark reality: The more we remove these images, the less visible are Native Americans altogether.

These so-called stereotypes are not being replaced with a better representation of indigenous history or culture.

Is being totally ignored or erased from public view really an improvement?

The politically correct crowd is constantly manufacturing offenses that do not exist. For many Americans, the image of Mia on our butter packages was an endearing portrait, a reflection of the beauty and grace of Native American traditions; the portrait was also a tribute to the great diversity in our country.

Why don’t we respect the intentions and vision of the artist Desjarlait himself, who believed he was spreading sympathy and good feelings for his people with this depiction? It is more offensive to remove it, tacitly stating he was a lousy artist who betrayed his heritage.

In the very name of diversity and tolerance, it would have been better if Land O’Lakes left well enough alone.

UPDATE, May 8, 2020: A tweet that had been deleted by its creator was removed from this article.