President Donald Trump has faced an uphill battle since the moment he announced his run for office and has even encountered resistance within his own administration.

In 2018, an Op-Ed was published in The New York Times by an anonymous writer titled “I Am Part of the Resistance Inside the Trump Administration.”

The person also wrote a book — “A Warning,” published in November — containing further criticism and claims that the president’s advisers could not control him.

Isn’t it a shame that someone can write an article or book, totally make up stories and form a picture of a person that is literally the exact opposite of the fact, and get away with it without retribution or cost. Don’t know why Washington politicians don’t change libel laws?

According to a Daily Beast report Monday, White House trade adviser Peter Navarro has taken it upon himself to find out the person’s identity.

The president was asked Tuesday whether a search was underway for “Anonymous.”

Q: “Is there a search underway for Anonymous?

President Trump: “Yeah there is. It’s not so much a search.”

President Trump: “I know who it is.” pic.twitter.com/HsPvRb4GCO

“In fact, when I want to get something out to the press, I tell certain people, and it’s amazing, it gets out there.”

Trump declined to identify the individual.

The report said White House staffers were discussing moving Coates to the Department of Energy.

Related:
McCarthy Reveals What Trump Told Him When He Had Gold-Star Family in Office: 'He Didn't Want Anyone to Know'

That prompted the book’s agents to issue a denial.

“Dr. Coates is not Anonymous. She does not know who Anonymous is. … She did not write it, edit it, see it in advance, know anything about it, or as far we know ever read it,” Javelin co-founder Matt Latimer told Politico.

Advertisement - story continues below
When 'Anonymous' is identified, should he or she be fired from the Trump administration?
Yes: 100% (767 Votes)
No: 0% (3 Votes)

This was not the first time someone was rumored to be “Anonymous.”

Last year, Guy Snodgrass, a speechwriter for the Pentagon, was accused of being responsible as his writing showed some similarities to those in the book and Times article.

Fox News’ Trace Gallagher asked Snodgrass on Nov. 25 whether he was “Anonymous,” and he responded: “Great question. If I was going to make an announcement like that, I would come into the studio with you in New York City.”

A day later, however, Snodgrass told CNN, “I’m not the writer. … I went on to a different television show yesterday, they asked me the question, I kind of batted it away. … To put it to rest, no, I’m not the author of ‘A Warning.’ I’m not the ‘Anonymous’ Op-Ed writer.”

White House press secretary Stephanie Grisham indicated during an appearance Tuesday on Fox News’ “Fox & Friends” that the White House has been searching to uncover the person’s identity.

“The fact that they’re working in government against the president and essentially against the American people is not good.”

Prior to his election in 2016, Trump vowed to drain the swamp that has existed in Washington for decades, which seemed like no easy feat at the start of his presidency.

If he knows the identity of the insider who has been working against his efforts, he should have a clearer path to more accomplishments and victory in November. 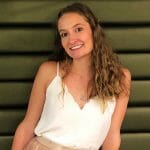