Halfway through 2019, CNN is finding its ratings tumbling as one recent decision brings its credibility as a news source into question.

The disparity in prime time was even more dramatic, during which Fox News was king and CNN was in 15th place, averaging 761,000 viewers to Fox’s 2.4 million.

CNN’s second-quarter viewership average was 18 percent below its numbers for 2018, Forbes noted.

It might get worse, said Joe Concha, who reports on the media for The Hill.

“The numbers warrant concern, yes. Q2 was a particularly news-rich quarter highlighted by the release of the Mueller report and all the aftermath and controversy following it, plus the launch of several high-profile Democratic candidacies including Joe Biden and Pete Buttigieg to propel 2020 coverage into high gear,” Concha told Fox.

“It may only get worse in Q3 given the numbers we’re already seeing.”

Fox News quoted CNN employees it did not name as saying the numbers are a cause for deep concern within the network, which has been reducing its workforce through buyouts.

“The people that are concerned — it’s certainly not the anchors who have lucrative contracts — it’s the people among the lower levels, such as producers and show bookers,” Fox quoted what it said was one unnamed CNN employee as saying.

“Losing nearly 40 percent of an already third-place audience must be a primary topic in internal meetings, with immediate remedies not readily apparent,” Concha said.

Another employee quoted by Fox voiced the hope that CNN might do something different, but a recent decision has only added to the issues facing the network.

CNN recently announced that anchor Don Lemon — who uses his show to promote his anti-Trump opinions — will be a moderator at the July Democratic presidential debate that the network is hosting.

Conservative strategist Chris Barron called that decision “a disservice to voters all across the political spectrum” because Lemon is so openly biased.

“They are more interested in the political version of a church revival than an actual debate,” Barron told Fox.

“He is a host of an opinion-driven show in which his opinions are front and center. Thus, he is a host rather than a news anchor,” McCall told Fox. “His show does discuss news topics, but it is not designed as an objective news show.”

“He says so many things that even liberals are embarrassed by him,” Gainor told Fox.

“But in reality, we know why he was chosen. He was picked so CNN can remind its audience of liberals that it is part of the resistance.” 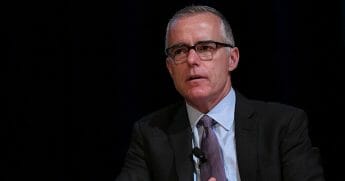 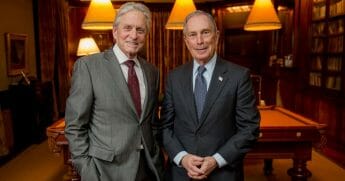