“In the South, history clings to you like a wet blanket. Outside your door the past awaits in Indian mounds, plantation ruins, heaving sidewalks and homestead graveyards; each slowly reclaimed by the kudzu of time.”
— Tim Heaton

To know the South, you have to be from the South.

Widely varied in climates, cultures and cuisine, the former Confederate states are a mystery to outsiders. For Southerners who have sojourned elsewhere in the United States, home is often on their mind. But for many still there, leaving simply isn’t an option in a world of sweet tea, honeysuckle and endless forests.

Patriot Depot has something for those missing the South, and for those lucky enough to call it home. The Confederate woven throw will keep you warm in inhumane Northern winters, or cozy on a Southern porch while you watch the world go by. You can get yours here.

My own family’s history with the South goes back as far as we can trace it. During the Civil War, my great-great-great-grandfather was a rifleman in the 44th Arkansas Infantry Regiment. His fight, and the fight of so many other men, never hinged on slavery.

These weren’t the men in the Confederate capitol of Richmond, Virginia, waging war to preserve Southern agrarian society. They were husbands, fathers, sons, and brothers. They fought to protect their homes and families.

As a matter of pride and respect for these men, the Confederate Flag (Actual inspiration is from the battle flag of the Army of Northern Virginia) is often seen flying high and proud across the South.

It’s no wonder we’re so proud of our shared heritage. While outsiders see the South as a hot swamp full of uneducated hillbillies, there’s nothing further from the truth.

From booming metropolises like Houston to refined cultural gems like Savannah, the notion of an uneducated and ignorant South is more far-fetched than the tale of a giant man-eating catfish in the Arkansas River. Because of this history and culture, the South is a hotbed for writers and artists eager to capture the beauty of Dixieland. 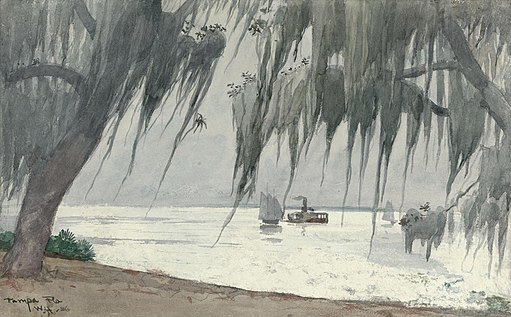 Southern culture has its fair share of detractors as well. Anything relating to the Confederacy has suffered a storm of criticism in recent years. Not content to say their opinion and be done with it, liberals have reduced Southern culture to a caricature — a racist boogeyman who can only be stopped by the total erasure of history.
Advertisement - story continues below

But this only served to stir Southern pride, igniting a new wave of people who didn’t want their history and culture to vanish in a puff of smoke. With every proud son and daughter of the South standing up to bullying, people of all races, religions and backgrounds were seen on the front lines of this cultural battle making a stand for their American and Southern pride.

Living in the South isn’t easy. It’s hot and full of mosquitoes. Tornadoes and hurricanes are an ever-present danger. The summers are unforgiving, and the winters are nothing but wet and frigid. But for those who persevere, the reward is beauty and history sweeter than pecan pie.

Whether you’re away for a spell or firmly rooted in Dixie, the Confederate woven blanket will keep you cozy ’til the cows come home. You can get it from Patriot Depot here.