Leave it to Alexandria Ocasio-Cortez, the outrageous and outspoken rookie Democratic representative from New York, to once again remind us just how hateful, loony and, yes, racist the far left has become.

AOC’s latest foray into Loony Land was her recent and appalling characterization of our immigration enforcement detainment centers as “concentration camps.” This was another reminder that the extreme left’s poorly-concealed disdain for the American people is the only real impediment to solving the border crisis.

Let me be the first to proclaim AOC as the Democratic Party’s newest “useful idiot,” a role perhaps unbeknownst to her. She has plenty of support, often disguised as head-nodding silence among the liberal troops. AOC’s even bigger plug comes from the liberal-controlled mainstream media — they are absolutely gaga over her, regardless of what nonsense comes spilling out of her mouth. The more the merrier.

Oh, and have you noticed how prominent Democrats such as presidential candidate Elizabeth Warren and House Speaker Nancy Pelosi either embrace AOC wholeheartedly (Warren) or won’t utter a peep of disagreement over AOC’s reckless and inflammatory “concentration camps” comment (Pelosi)? They fear young Alexandria for their political lives. As reckless and ridiculous as AOC is, she rules their world.

As she is wont to do, AOC’s comments stirred up a hornet’s nest of radicalism on the left. For instance, there’s the race-baiting tirade on CNN that Democrat activist Angela Rye launched at Republican Steve Cortes. AOC’s “concentration camps” comment and others like it are opening the floodgates of extremism and resentment that have festered just below the surface of the open borders movement. Take a bow, Alexandria and Angela.

Imagine what would happen if a Republican politician were to compare a Democrat administration’s policies to the Nazi holocaust. Career busted!

There is no such reckoning in our liberal-dominated media landscape, which is mostly worshipful of AOC and other radical leftists. Instead, CNN features guest “experts” like Rye — a black identity politics veteran who openly calls for tearing down all statues of George Washington and Thomas Jefferson.

Rye did exactly what she was supposed to do — take it a step further than AOC. Not only did she agree that America is running a network of concentration camps, she also asserted that white racism is to blame.

“There is an inhumane crisis happening at the southern border … because there’s a fear that white people are losing their power in the country,” she declared. “It is racism at its core.”

Rye was right about one thing: this debate is about race. It’s about race not because of President Donald Trump, but because of the intense racial resentments of people as exercised by Rye, AOC, and their followers on the left, spreading the “white fear” fertilizer.

Consider what AOC said about immigration before she was comparing border security to the Holocaust. In a speech calling for the abolition of both ICE and the Border Patrol, the New York City socialist argued that Latinos, as a race, are more entitled to this country than the descendants of Europeans, Africans or Asians. Wow.

“We are standing on native land, and Latino people are descendants of native people,” she told an adoring crowd in February. In other words, AOC believes it’s racist for Americans to think that they have any right to a border at all.

The New York Times recently published an essay by leftist New York University journalism professor Suketu Mehtas that explicitly calls immigration a “tax” and a “bill” that the “United States and Europe … owe to other countries for their colonial adventures, for the wars they imposed on them, for the inequality they have built into the world order, for the excess carbon they have dumped into the atmosphere.”

Related:
Elder: Jesse Jackson Will Attack 'Racist' Muppets, But Will He Ever Address the Big Issues?

American interests, according to this viewpoint, are unworthy of consideration. Mehtas, and presumably Rye, believe that America must atone for its very existence by practicing a form of national self-flagellation. These leftists believe the rest of us Americans deserve to be hurt, and hurt badly.

“What is good immigration policy for the United States is separate from what is just and moral for the peoples whose destiny America, past and present, has affected,” Mehtas continues. “It might make economic sense for the United States to let in more skilled Indians and fewer unskilled Latinos, but America owes them more, and it should open its doors more to its southern neighbors.”

Unfortunately, rational debate of any kind is impossible when one side’s argument is framed in Holocaust comparisons and hysterical calls for vengeance against their fellow Americans.

As long as radical leftists such as AOC, Rye, and Mehtas continue to demonize the American people as racists, a solution to the humanitarian crisis on the southern border will continue to elude us. 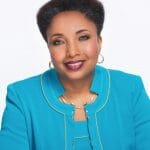 Dr. Carol Swain
Dr. Carol Swain is a former professor of political science and law at Vanderbilt University. She is the host of Be the People Podcast on the America OutLoud Network.
The Far Left's Racism Accusations Are Pure Poppycock
See more...
Advertisement

Ben Sasse is a second-term senator who has had a complicated relationship with Republicans in Nebraska after his criticism of Donald Trump.
By The Associated Press  October 6, 2022

Op-Ed: Britain's Monarchy Showcases the Best of the West - A Tribute to God and Country

The British monarchy's ancient ceremonies provide a glimpse into an almost forgotten heritage where faith and patriotism meet.
By David Bolls  October 6, 2022
Next