In this week of the Biden presidency, we learned that the highest-ranking general in the United States military — and the chief military adviser to the president — supports the study of critical race theory.

Testifying before the House Armed Services Committee on Wednesday, Gen. Mark Milley, chairman of the Joint Chiefs of Staff, defended the Biden administration from criticism over its push to teach CRT to service members.

“I do think it’s important, actually, for those of us in uniform to be open-minded and be widely read,” Milley said. “And it is important that we train and we understand.”

(No, but promoting the state-sanctioned spread of leftist ideology makes you something approximating one.)

“So what is wrong with understanding, having some situational understanding about the country for which we are here to defend?” he continued. “And I personally find it offensive that we are accusing the United States military, our general officers, our commissioned, non-commissioned officers, of being ‘woke’ or something else because we’re studying some theories that are out there.”

With sincere respect to Milley for his leadership of our armed forces, this is asinine. Our military doesn’t need “situational understanding” of progressive lies about American history and institutions.

But he wasn’t done.

Critical race theory, Milley declared, “matters to our military and the discipline and cohesion of this military.”

So the head of the U.S. armed forces believes that in order for our military to ensure national security, service members must be indoctrinated in the belief that racism underlies all human relations and institutions.

In order for our troops to stand by our allies and deter attacks on American soil, they must understand that our country is just as fundamentally “racist” today as it was 200 years ago.

Related:
DeSantis Schools Reporter in Less Than 2 Minutes: Florida Will Be Teaching Real History, Not Wokeness

It’s a wonder we defeated the Nazis without our white soldiers checking their privilege, and our black soldiers resenting them for supposedly having it in the first place.

Our troops do not need to be “open-minded” to the most un-American ideas in circulation — specifically the belief that people are members of racial groups before they are individuals.

This sort of idea has given rise to the most evil human rights abuses in history, some of which our military has been called upon to end.

CRT is not merely an academic theory to be chewed on by the curious intellectual.

It is an activist ideology, as stated by its founders, Richard Delgado and Jean Stefancic. “Unlike some academic disciplines,” they explain in their book, “critical race theory contains an activist dimension.”

There is no solution to the problems posited by CRT, either.

Fellow CRT founder Derrick Bell argued that “the whole liberal worldview of private rights and public sovereignty mediated by the rule of law needed to be exploded.”

It is Western systems and values that must be exploded, you see, not terrorist outposts.

America was founded to be — and has increasingly become — a nation of individuals who enjoy equal rights and protection under the law and who are judged by the content of their character, not the color of their skin.

From the Revolution to the Civil War to the world wars of the 20th century, our military has played a central role in protecting and disseminating these American ideals.

We should not now teach our soldiers to reject them. 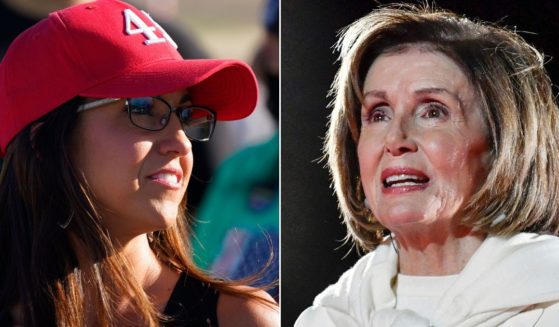 The crowd at the Global Citizen Festival in New York City couldn't wait for Nancy Pelosi to get off the stage. Do voters feel the same way?
By C. Douglas Golden  September 27, 2022

Archives authorities are fully cooperating with the Obama Foundation, but Trump is under Department of Justice investigation.
By Elizabeth Stauffer  September 27, 2022

Although polls may overstate a Republican candidate's chances once in a while, the majority of polling errors favor Democratic candidates.
By Elizabeth Stauffer  September 26, 2022

Gasoline prices are on the march upward again with averages topping $5 in some places and some stations charging more than $6 a gallon.
By Jack Davis  September 26, 2022

'They have made some improvements. But we note that unwanted incidents still occur,' section head Anne-Johanne Kråkenes said.
By Jack Davis  September 26, 2022
Next