While the discussion of reopening schools for in-person learning is getting plenty of attention, the topic of what subjects should and shouldn’t be covered upon reopening isn’t receiving nearly as much coverage.

Well, President Donald Trump has made it pretty clear what he thinks of how schools choose to cover the country’s history.

“We must teach our children that America is an exceptional, free and just nation worth defending, preserving and protecting. And that’s what we want to do,” Trump said during an Aug. 31 news conference.

“What we’re witnessing today is a result of left-wing indoctrination in our nation’s schools and universities. Many young Americans have been fed lies about America being a wicked nation plagued by racism,” Trump continued.

“The only path to unity is to rebuild a shared national identity focused on common American values and virtues, of which we have plenty,” he said.

Trump’s remarks come during a time of significant social upheaval in the country.

Regardless of historical context, many Americans today firmly believe that anyone who would be construed “racist” by 2020’s standards should be scrubbed from history.

Conveniently ignoring the fact that this particular standard would essentially condemn a host of significant figures who lived prior to the 1950s, that narrative has led to many people believing America has been, and still is, a racist country.

That’s taken the form of protests, riots, civil unrest and, most worrisome, the destruction of property.

Trump issued an ominous warning that if “the extreme left” gets its way, the ramifications would extend far beyond the educational system.

“This is the extreme left’s agenda for America,” he said.

“They want to appoint radical prosecutors, judges and federal officials who will set criminals free. Their stated plan is to cut police funding, abolish cash bail, close down prisons, re-educate our children, preach left-wing social justice, establish a national sanctuary for criminal illegal aliens and abolish the death penalty, even for cop killers.”

In summation, Trump made it crystal clear how he feels about the effect that far-left extremism, whether it’s in a classroom or the country at large, would leave Americans.

“No one will be safe,” Trump said.

Liberals Furious at Megyn Kelly Over Her Unexpected Trump Comments 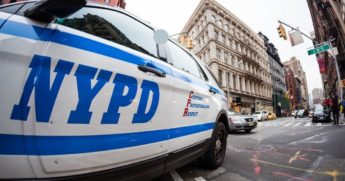