President Joe Biden’s health is suddenly a concern among members of the establishment media.

Shocking, I know. You could have knocked me over with a dog-faced pony soldier. If only we’d seen this kind of inquisitiveness before the 2020 election, when any talk of Biden’s seaworthiness for the nation’s highest office at age 78 — particularly given his frequent mental lapses — was either verboten or met with a quick, “Yes, but look at Trump.”

It’s not his mental issues that are worrying the media these days, however, but rather his cough.

The president was campaigning for California Democratic Gov. Gavin Newsom on Monday, the day before the recall election, and labeling chief GOP challenger Larry Elder “anti-woman, anti-worker, a climate denier.”

What people noticed, however, was his persistent cough.

“You either keep Gavin Newsom as your governor [cough] or you’ll get Donald Trump. It’s not a joke,” Biden told the audience in Long Beach, according to KTTV-TV.

Biden in California: “You either keep Gavin Newsom as your governor (cough) or you’ll get Donald Trump. It’s not a joke.” pic.twitter.com/KMnTXLKaS0

Here’s Biden calling out Republicans for “hypocrisy” on “public health” as he redoubles our worries about his health with several coughs.

Either he forgot to take his cough syrup or it’s contraindicated for someone with that kind of mental fog. One imagines ol’ Uncle Joe gets a teaspoon of that stuff in his system and it’s like he’s robotripping.

It went on throughout the speech, in case you feel like watching 15 minutes of stump-speeching and coughing:

And yes, conservatives such as former Trump lawyer Jenna Ellis pointed this out.

However, members of the establishment media, including CNN’s Jeff Zeleny, also noted the president’s expectoration.

“The rest of America is counting on you, but so am I,” President Biden in his closing message to voters, delivering a short speech that was punctuated with repeated coughing spells in the cool California night time air.

The cough was also noticed by NBC News’ Kelly O’Donnell, who asked White House press secretary Jen Psaki about it during Thursday’s media briefing and noted this wasn’t the first occasion on which it happened.

“Many of us were in the East Room watching the president,” O’Donnell said. “We’ve seen him on many occasions where he has a repeated cough. What is the situation with that cough? And is that a concern?”

“It’s not a concern,” Psaki responded. “We have a doctor who travels with him, obviously, who checks in if there is — it is ever warranted. And certainly, that continues to be the case, as it has been since the beginning of his presidency.”

Right, but: “Is there an explanation for why he coughed so frequently in situations like that? I’m sure you saw it.”

“I did. I don’t think it’s an issue of concern,” Psaki responded. “I think there are a range of reasons why we may need to clear our throat or we may have a little light cold. And that’s certainly something that presidents, elected officials, reporters, spokespeople can confront, but it’s not an area where we have a medical concern.”

NBC’s Kelly O’Donnell to Psaki: “We’ve seen [Biden] on many occasions where he has a repeated cough? What is the situation with that cough and is that a concern?…Is there an explanation for why he coughs so frequently in situations like that? I’m sure you saw it.” pic.twitter.com/Jeh2L4rndY

Notice that there was no explanation for why he has a consistent cough other than “a range of reasons” that include having a cold or needing to clear his throat. One wouldn’t ordinarily worry about a bit of a throat tickle until Jen Psaki gave an evasive non-answer like that. Psaki, as they like to say, has a history.

Back in March, as you may recall, the president had a nasty fall on the stairs of Air Force One:

Joe Biden vs his biggest opponent yet… stairs. pic.twitter.com/3rczYVBGRw

Psaki was asked by reporters whether or not he’d seen a doctor after the fall:

“Um, I’m not aware of that being required,” she said. “There’s, of course, a doctor who travels with the president, any president of the United States, but I’m not aware of it needing actual extensive medical attention.”

When another reporter noted that wasn’t a “no,” Psaki was again elusive.

“It wasn’t ‘no’? Well, I’m not trying to be — there’s a doctor who travels with him,” she said. “He was walking around as you all saw by the end of the day, so I’m just trying to be completely transparent.”

Let’s please not get ahead of ourselves: Neither Biden’s cough nor his battle against his mortal enemy stairs should set off any kind of 25th Amendment watch. However, these little things, combined with his persistent (and more worrying) mental soupiness, mean we need a White House willing to be transparent on issues of health.

Instead, Psaki and the rest of the White House communications staff have been the model of opacity.

How un-refreshing — and, for that matter, discomfiting. 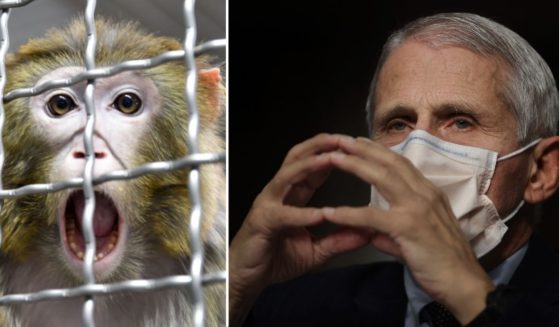