“Melania Stuns In Gorgeous Sleeveless Black And White Sundress At Daytona 500,” The Daily Caller said in its headline to sum up the first lady’s appearance.

Some writers thought that her black and white look was perfectly suited to the venue.

“Thank you @NASCAR and @DISupdates for a patriotic & fun afternoon! #DAYTONA500,” she wrote on Twitter.

Thank you @NASCAR and @DISupdates for a patriotic & fun afternoon! #DAYTONA500 pic.twitter.com/U79JwydzgC 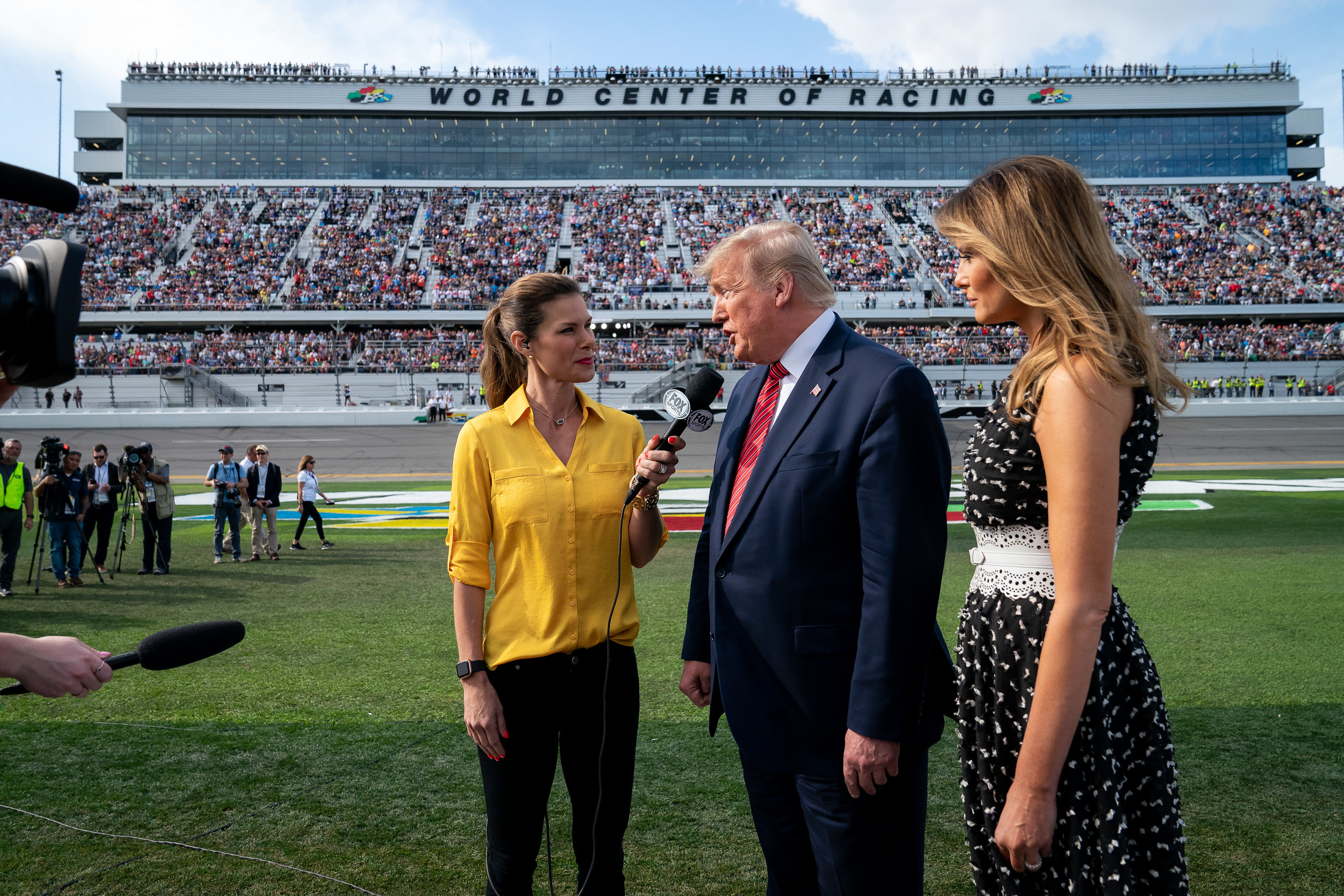 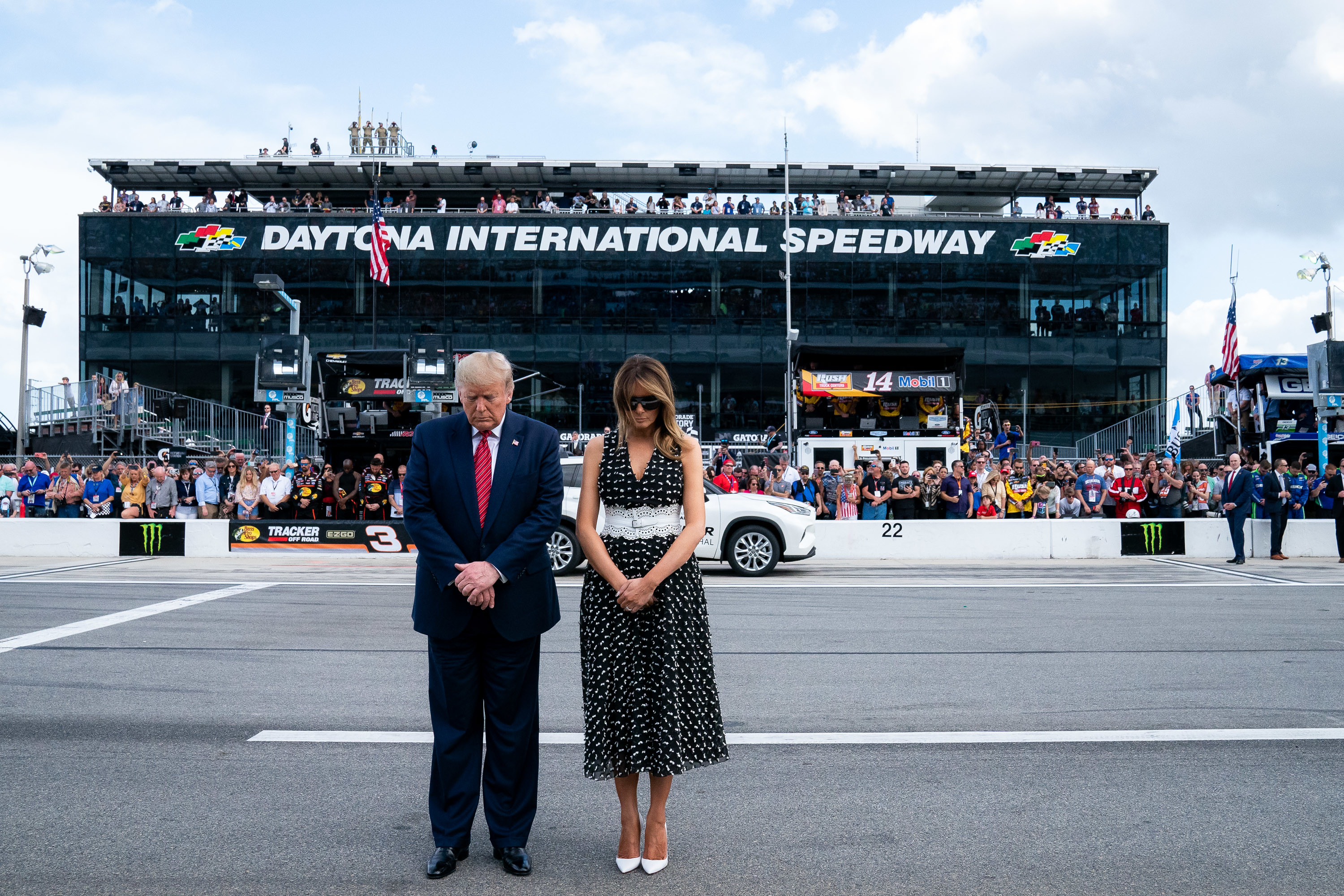 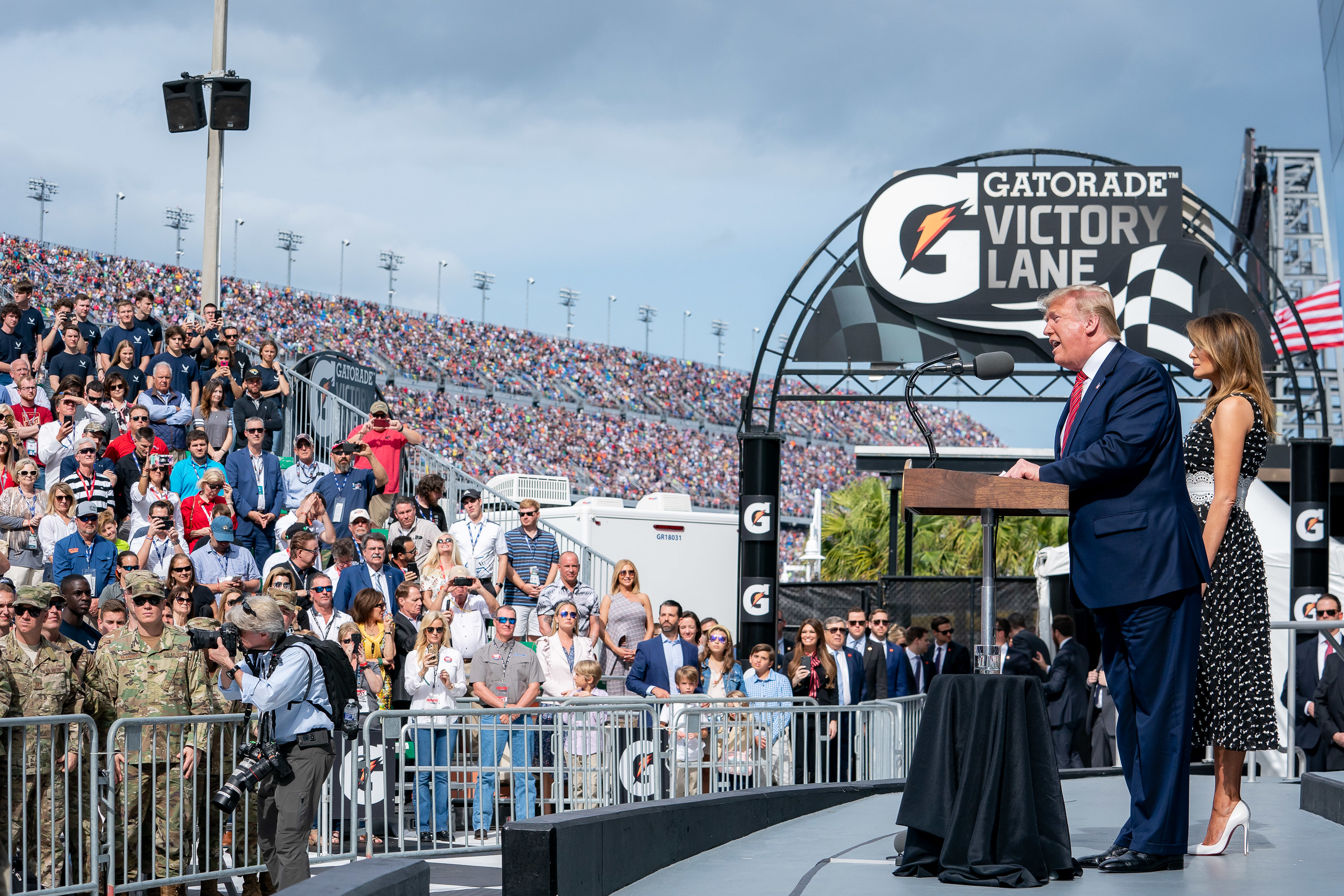 For those needing the details, Footwear News provided them.

The black and white dress was by designer Christian Dior, which the first lady augmented with a white leather belt from Alaia.

And then there were her signature stilettos.

The first lady wore a pair of white Christian Louboutin’s So Kate silhouette shoes, which sport 4.75-inch heels. Footwear News noted that shoppers wanting to try the look themselves can find the shoes online for $675, or try adaptations of the style that sell for less.

The first lady’s sense of style was praised on Twitter:

For some, it was not the image, but the person that made the memory.

Dentist Fred Costello ended up helping out at the event by driving the van that took reporters to and from.

“I saw [President Trump] inside the car and I saw Melania as she got outside the car,” he told The Daytona Beach News-Journal. “I gave her a thumbs up and I got a wave from her.”