Fox News host Jesse Watters was not having it when Barack Obama appeared to take credit for the current booming U.S. economy, saying the 44th president “didn’t build that.”

Of course, it’s a reference to Obama’s comments during his 2012 re-election campaign when he said, “If you’ve got a business, you didn’t build that.”

Obama went on to argue that government services — such as roads and scientific research — create the foundation for success in the private sector.

In a similar vein on Monday, the former president tweeted, “Eleven years ago today, near the bottom of the worst recession in generations, I signed the Recovery Act, paving the way for more than a decade of economic growth and the longest streak of job creation in American history.”

Eleven years ago today, near the bottom of the worst recession in generations, I signed the Recovery Act, paving the way for more than a decade of economic growth and the longest streak of job creation in American history. pic.twitter.com/BmdXrxUAUf

Obama’s message clearly was, “President Donald Trump is merely continuing what I started.”

On Tuesday’s “The Five,” Watters responded, “I’d say you didn’t build that, Barack.”

He pointed out that the approximately $800 billion stimulus legislation was a “punchline” when it was passed in February 2009 with the promise of putting Americans back to work with “shovel-ready” projects.

It all sounded very FDR, Works Progress Administration-like, i.e., the government is the prime mover lifting the nation out of recession.

Unfortunately in June 2011, Obama himself had to admit, “Shovel-ready was not as shovel-ready as we expected.”

At best, the stimulus package was a Band-Aid that provided temporary assistance to local and state governments facing revenue shortfalls due to the economic downturn.

The legislation also funded unemployment and food stamp benefits, which again are helpful in the short term, but aren’t what makes economies grow.

The trillions of dollars the Federal Reserve pumped into the economy — while keeping the prime interest rate at 0 percent — and the individual initiative of American businesses led the nation out of recession.

Related:
Elon Musk Calls Out 'Hate' on the 'Far Left,' Says Democratic Party Has Been 'Hijacked'

Many economists have argued that Obama’s policies actually restrained economic growth. He oversaw the most anemic economic recovery since World War II. Even CNN conceded that fact.

Historically, the deeper the hole, the more robust the recovery.

Ronald Reagan’s tenure as chief executive offers the closest parallels to what Obama faced when he took office.

When Obama took over in 2009 during the “Great Recession,” unemployment peaked at 10 percent, while Reagan faced an even higher 10.8 percent.

Additionally, Reagan had to grapple with double-digit inflation, destroying Americans’ buying power, and a prime interest rate over 20 percent.

After the 40th president implemented his economic policies — cutting taxes and regulation and unleashing the energy sector — the annual gross domestic product shot up to 4.6 percent in 1983, followed by 7.2 percent in 1984 after being minus-0.3 percent during President Jimmy Carter’s final year in office in 1980.

The economic growth rate did not fall below 3.5 percent per year during the rest of Reagan’s presidency.

Meanwhile, Obama never saw an annual growth rate above 3 percent, despite coming out of a major recession.

In the last year of Obama’s second term, the GDP grew at a paltry 1.6 percent.

“If there had been a Democrat who had taken the reins in 2016, you would’ve had strangling Obamacare regulations, a Green New Deal, Paris climate deal, war on coal, no new trade deals, tax hikes instead of the cuts, no bonuses,” Watters argued. “It would’ve been an absolute disaster.

“They can’t name one single metric that has gotten worse when Trump came over and took over the Obama economy.”

After taking office, the new president made four very un-Obama like moves: He cut government regulations on businesses more than any president in U.S. history; he signed tax cuts for businesses and individuals into law; he promoted domestic energy production; and he negotiated new pro-American trade deals.

The first year after the tax cuts were implemented, growth shot up to 2.9 percent in 2018, and while it fell back in 2019 to 2.3 percent, that can be attributed, at least in part, to tough trade stands Trump took against China that led to a deal and the Federal Reserve tightening the money supply and raising interest rates.

Thanks to the president’s policies, an economy that was slowing down took off again, leading to the lowest unemployment rate in 50 years and significant wage growth for the first time in over a decade.

Under Trump, the economy is now experiencing the longest sustained growth in U.S. history.

“They can’t have a little fingerprint on any of this success, and the American people see that, and that’s why they’re giving Donald Trump credit for the good economy,” he continued. “They are saying they’re optimistic and they say they’re better off now than they were three years ago, and that is why I believe he’s going to win re-election.”

Gallup, in fact, reported a record 61 percent are saying they are better off than they were three years ago.

This is “a higher percentage than in prior election years when an incumbent president was running,” the polling organization said.

By comparison, when Obama ran in 2012, only 45 percent of respondents said they were better off.

More Americans credit Trump for the current economy too.

A combined 62 percent give him either a “great deal” or a “fair amount” of the responsibility compared with 52 percent for Obama.

“The Five” co-host Greg Gutfeld observed that Democrats have flipped their talking point about the economy from it being bad to it not having to do with Trump.

“The Trump economy is so great that Trump haters now want credit for it,” he said.

Well, (to mimic a Reaganism), it’s not going to work.

The American people know as we near the end of Trump’s first term in office who gets the credit.

Sorry, Obama, you didn’t build that. 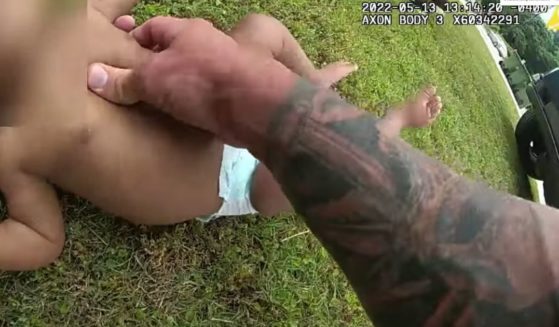 The officer was on patrol in Atlanta, Georgia, May 13 when he spotted unusual behavior being displayed by a driver.
By Amanda Thomason  May 17, 2022 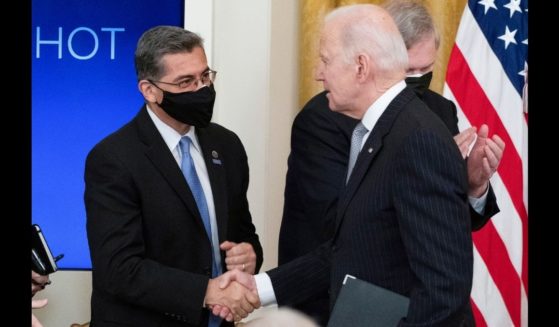 'Religious freedoms are at the heart of this case. It is in the public interest to ensure these rights are not violated,' the judge said.
By Abby Liebing  May 17, 2022
Next