After serving in the U.S. Army from 1950 to 1953, and as a Washington, D.C., and Las Vegas, NV, police officer, Arpaio went on to build a law enforcement career as a federal narcotics agent with the U.S. Drug Enforcement Administration (DEA). For almost a decade, Arpaio was stationed in foreign countries where he headed the DEA combatting the drug trade in which, even by today’s standards, are highly volatile and dangerous in Turkey, the Middle East, Mexico and Central and South America. He was also a diplomatic attaché. In his last years with the DEA, Arpaio also gained invaluable expertise on border issues and enforcement as the head of the DEA in the border states of Arizona and Texas. He concluded his remarkable federal career as head of the DEA for Arizona.

In August, 1993, he started the nation’s largest Tent City for convicted inmates. Two thousand convicted men and women serve their sentences in a canvas incarceration compound. It was here that Arpaio launched his get-tough policies for inmates. He banned smoking, coffee, movies, pornographic magazines, and unrestricted TV in all jails. It is a remarkable success story that has attracted the attention of government officials, presidential candidates, and media worldwide.

Of equal success and notoriety were his chain gangs, which contributed thousands of dollars of free labor to the community by picking up litter, painting over graffiti and burying the indigent in the county cemetery.

Another program Arpaio was very well known for is the pink underwear he made all inmates wear. Years ago, when the Sheriff learned that inmates were stealing jailhouse white boxers, Arpaio had all inmate underwear dyed pink for better inventory control.

As chief law enforcement officer for the county, Arpaio continued to reduce crime with hard-hitting enforcement methods. He began an all-volunteer posse of 3,000 members, making it the nation’s largest volunteer posse. Posse men and women help in search and rescue and other traditional police work as well as in special operations like rounding up deadbeat parents, fighting prostitution, patrolling malls during holidays, and investigating animal cruelty complaints. The posse’s contributions are invaluable and essentially free to taxpayers.

In addition to these tough measures, the Sheriff launched rehabilitative programs like “Hard Knocks High,” the only accredited high school under a Sheriff in an American jail, and ALPHA, an anti-substance-abuse program that has greatly reduced recidivism.

He is now a Special Contributor to The Western Journal.

On a personal note, Sheriff Arpaio and his wife Ava have been married for over 56 years and have two children, both residing in the Phoenix area. The Arpaios have four grandchildren.
Birthplace
Massachusetts
Nationality
American
Topics of Expertise
Drug Enforcement, Law Enforcement, Politics 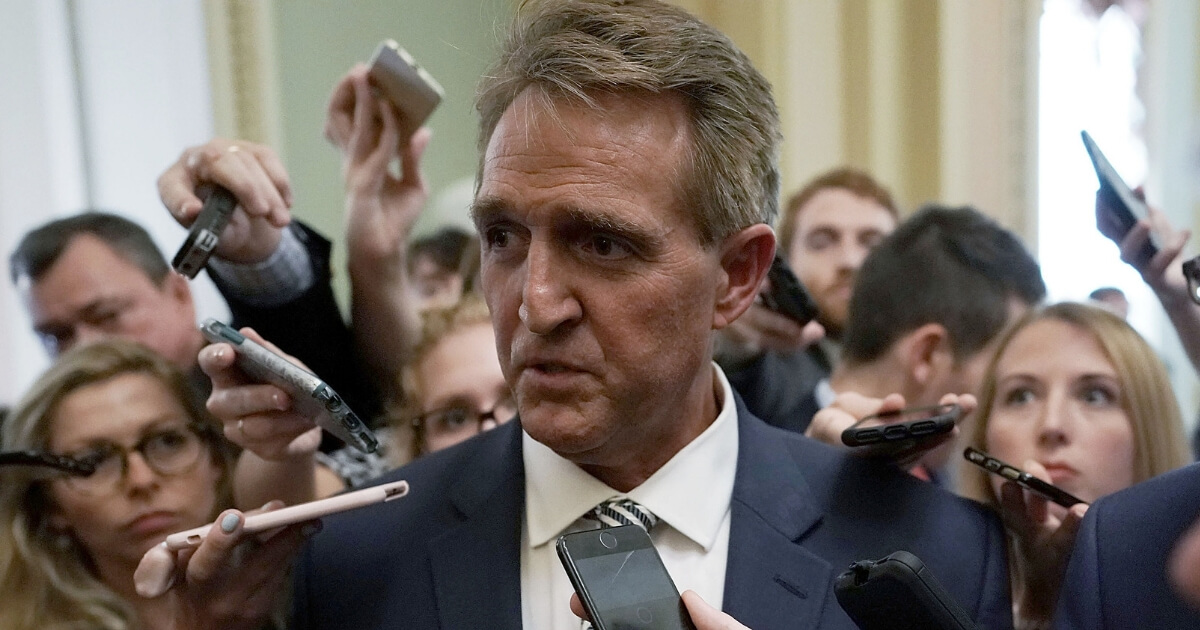 The Kavanaugh vote was nothing more than Flake’s latest attempt to attack the president.
By Joe Arpaio  September 29, 2018
« Previous Page 1 2