The anti-gun crowd thinks they can remove guns from Americans through unconstitutional laws and media-driven scare tactics. They are sadly mistaken.

The National Shooting Sports Foundation has released data from the Bureau of Alcohol, Tobacco, Firearms and Explosives showing just how ineffective the gun-grabbers have been at convincing people to give up their guns and live lives of unarmed helplessness. The report details just how many firearms there really are in America.

Although the anti-gun crowd continues to push the notion that removing guns from our society will reduce violence, they continue to fail in recognizing the real causes of violence.

Here’s a hint, it’s not guns. It’s people, but if the gun-grabbers were to focus on the causes of human violence, they’d be forced to shine a spotlight on the failed policies that they support.

The anti-gun crowd tries desperately to keep the focus on guns because they don’t want people to see the failures of sanctuary cities and gun-free zones and the problems of rampant pharmaceutical drug use and welfare dependency they perpetuate in their quest for ideological dominance.

Trending:
Border Agents Furious After What Kamala Harris Said About Them

If guns were really the problem, like the anti-gun crowd wants you to believe, we’d all be dead. But quite the contrary. Not only are guns not the cause of violence, they are used to save lives every day.

A study by Gary Kleck, supported by the Centers for Disease Control and Prevention data, shows us that there are at least over a million defensive gun uses per year in America.

This doesn’t necessarily mean good guys killing bad guys. Most often, it means just the mere presence of a gun deters a bad guy. Although “pro-women,” gun-grabbing leftists claim to be champions of women’s rights, they ignore the fact that 46 percent of defensive gun uses are by women.

Why is this true? Because when the bad guys have opposition, they think twice about attacking good people.

The FBI reports violent crime going down consistently since the ’90s. So, although the gun-grabbers like to scare people into supporting more gun restrictions by using terms like “gun-violence” or “assault weapon,” the truth is that as the number of guns in the hands of good people goes up, human violence in America goes down.

The media narrative, however, is the exact opposite. The media and the gun-grabbers lie about the “guns vs. homicides” data because they don’t want you to know that you and your family are much safer if you own a gun. Were they to tell the truth, it would fly in the face of the narrative they have supported for decades. How would they look if they admitted that they have been wrong all this time?

The number of guns and ammo in America is enough to frighten the pants off the irrationally fearful and uninformed anti-gunners because that’s how they’ve been trained, but it’s reassuring to know that real Americans are not giving in to the anti-gun media fear campaign.

We won’t entertain the lies and deceit propagated by the Bloomberg-funded Moms Demand Action and Everytown For Gun Safety groups. Real Americans have decided that the Second Amendment is not a government-issued privilege despite what the socialists among us would like people to believe.

So, while the anti-gun lobbying groups push for more gun-free school zones that get children killed, and then use the deaths of those kids to push for more gun restrictions on their own fellow citizens, people are becoming wise to their deceitful strategies.

The Second Amendment is not a privilege. It’s your right. 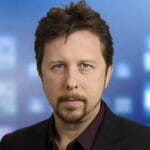 Dan Wos
Dan Wos is a nationally recognized Second Amendment advocate and author of the "Good Gun Bad Guy" series. He speaks at events, is a contributing writer for many publications and can be found on radio stations across the country. Dan has been a guest on the Sean Hannity Show, NRATV and several others. Speaking on behalf of gun rights, Dan exposes the strategies of the anti-gun crowd and explains their mission to disarm law-abiding American gun-owners. www.goodgunbadguy.net
There Are a Lot of Guns in America -- And That's a Good Thing
See more...
Advertisement

A new warning has emerged over a COVID-19 variant that swept through a Kentucky nursing home leaving three people dead.
By Jack Davis  September 21, 2021

Harris attacked Border Patrol agents after mixing up horse reins with whips and agents responded by calling her and other leaders out.
By Kipp Jones  September 21, 2021

According to a new study, the fear-mongering from Dr. Anthony Fauci and the left has once again proven to be unnecessary.
By Grant Atkinson  September 21, 2021

The names of those accused of being co-conspirators with Ghislaine Maxwell who will testify at her trial will soon be revealed.
By Jack Davis  September 21, 2021

Moms Discover Their Babies Were Switched at Birth, Make Stunning Decision Together

Marinella Alagna and Gisella Fodera from Mazara del Vallo in Siciliy both gave birth to baby girls shortly before midnight on Dec. 31, 1998.
By Amanda Thomason  September 21, 2021

If You Hear a Biden Staffer Call for 'The Wall,' This Is the Obnoxious Thing That Happens Next: Book

President Joe Biden has said on more than one occasion that he’ll 'get in trouble' if he speaks to reporters for too long.
By Isa Cox  September 21, 2021

'The [FBI] and our partners remain dedicated to ensuring anyone responsible for or complicit in Ms. Petito’s death is held accountable.'
By Jack Davis  September 21, 2021

The big-eyed doll would have been spooky enough to find in the empty space, but she came along with a note.
By Amanda Thomason  September 21, 2021

It's unusual for someone to offer up a kidney without knowing the recipient, but she was ready to give the gift of health to a stranger.
By Amanda Thomason  September 21, 2021

After Ignoring 2020 US Election Irregularities, Biden Calls Out Putin for Scam Election

Hypocrisy: Biden administration criticizes anomalies in Russian election but no word on what happened in our election last November.
By Mike Landry  September 21, 2021