While cautioning that he is currently focused on getting President Donald Trump re-elected, MyPillow CEO Mike Lindell said Tuesday that “it sure looks” like he will run for governor in his home state of Minnesota in 2022.

Minnesota is currently led by Tim Walz, a member of the Democratic-Farmer-Labor Party whose leadership Lindell has criticized after the death of George Floyd and the civil unrest that followed.

In an interview at a Students for Trump event in Phoenix, where Trump delivered a speech Tuesday, The Western Journal asked Lindell, an outspoken supporter of the president, if he plans to challenge Walz in two years.

“Right now I want to get the president elected,” said Lindell, who earlier this month was appointed to chair Trump’s re-election campaign in Minnesota.

Thank you @realDonaldTrump for appointing me Chairman of the Minnesota Trump Campaign! We are working hard to help get you re-elected and win Minnesota. We know with your leadership we can make Minnesota great again! pic.twitter.com/dXp3IidUc4

Still, Lindell had harsh words for the current leadership in the state, which has made him want “more and more and more” to challenge Walz when the incumbent is up for re-election.

“Do I think that we have one of the worst governors … in the country?” Lindell told The Western Journal. “Yes. We’re right up near the top. So it’s getting me wanting to [run for governor] more and more and more.”

Still, Lindell acknowledged that “it sure looks” like he will run.

“Right now it’s on a hold,” he said of a potential gubernatorial run, adding that “it sure looks that way, though.”

It’s not the first time Lindell has teased a possible run for governor in his home state.

In an interview late last month on Newsmax TV, the businessman criticized the state’s leadership amid the riots that erupted following Floyd’s death.

RELATED: Shocking Survey: Establishment Media Sins of Omission May Have Given the Election to Biden

“It comes down to we’ve had some very poor leadership from the mayor to the AG to the governor, the list goes on,” he said.

“I just see things that are so poorly run, and they could be done a lot better. It might get down to, ‘if you want something done right, do it yourself.’”

If Lindell does decide to run, he may have the support of Trump himself.

Politico reported in late March that Lindell told associates Trump has encouraged him to run to “keep Minnesota red beyond” 2020, according to an unnamed source Politico described as having “direct knowledge” of Lindell’s comments. Lindell has said Trump told him that the president “really wants me to run,” the source told Politico.

Meanwhile, Lindell spoke out Tuesday against the current trend of protesters vandalizing and even toppling statues of figures from American history.

His solution: The National Guard.

“You should put out the National Guard and guard” the statues, he said.

“I think it’s horrific,” Lindell added, referring to protesters who tear down monuments. “That’s about as crazy as I’ve ever seen.”

Biden Contradicts His Entire Stance on COVID in 1 Interview 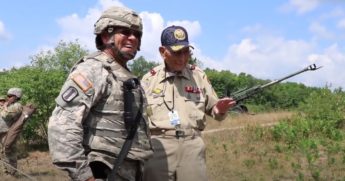