Teenagers are usually the group of people who are most likely to fall for fads. They often flash the newest fashion trends only to make fun of how ugly they are years later.

While some of these fads are harmless and innocent, there are others that can be dangerous, or outright deadly. If you’ve been missing any laundry pods, it may be because of a teenager.

The newest craze to hit American youth is the “Tide Pod Challenge,” where kids are “challenged” to chew and try to eat laundry detergent.

Specifically, the colorful and squishy Tide Pods. Having both vibrant colors and a soft, jelly-like texture, these pods do look and feel inviting. Unless someone knows they are filled with caustic detergent, they could easily be mistaken for candy. 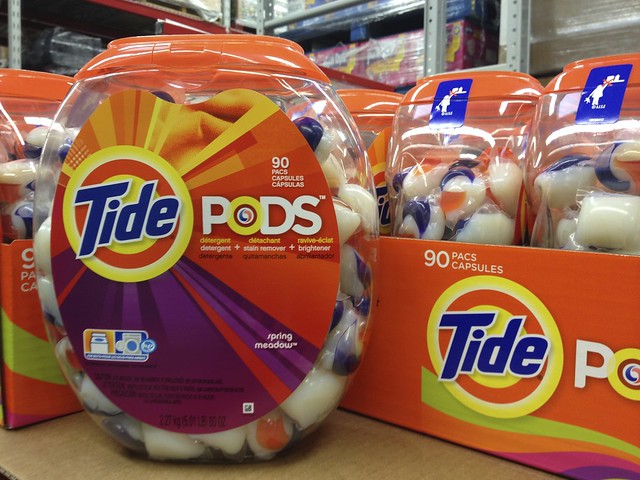 As Fox News reports, detergent is dangerous even in small doses, leading to diarrhea and vomiting. In larger quantities the detergent can even be deadly toxic.

Detergent poisoning, according to the National Institute of Health, can be extremely painful. Higher levels of detergent can cause a change in the pH level of blood, loss of vision, esophagus burns, and difficulty breathing.

This hasn’t stopped this teen craze from spreading like wildfire on Facebook. Memes about the “forbidden fruit” of Tide Pods are popping up all across social media. Videos of teens and kids trying the challenge are being shared and celebrated.

The Tide Pods are also being edited into photos encouraging other teens to ingest them.

The most important meal of the day from dankmemes

We have yet to see if this viral meme takes off in 2018 and becomes a health epidemic.

Luckily, fads usually tend to fade away over time.

According to Fox, 10 people have died from eating Tide Pods. Two of them were toddlers, with the rest being senior citizens with dementia. There have been no reported cases of teens dying from eating the pods.

RELATED: Biden Tries to Get Clever, Redefine 'Bipartisan' to Get Away with Ramming Lefty Bills Through

Tide experts say to drink water or milk if detergent is ingested and call poison control.

Spread this to warn everyone about the “Tide Pod Challenge.”

Do you think this new challenge is harmless joking, or something that will hurt our youth? Scroll down to comment below.