KIEV, Ukraine (AP) — The campaign for Ukraine’s presidential election has taken a turn for the strange, but voters may find it reassuring that the two candidates in the runoff apparently aren’t on drugs.

The unusual testing followed a challenge by Zelenskiy, who got nearly twice as many votes as Poroshenko in the first round of voting — 30.24% to 15.95%. After Poroshenko said he would be willing to debate the comic, Zelenskiy raised the stakes by calling for the debate to be held in the Kiev sports stadium that is the country’s largest and saying that both candidates should be tested for drugs and alcohol.

Accepting the dare, Poroshenko, 53, went to the stadium to be tested by a doctor there, while Zelenskiy went to a private clinic. So far their debate is scheduled for April 19, two days before Ukraine’s presidential runoff on April 21.

Zelenskiy has never held political office, but he is famous for playing the role of the country’s president in a TV sitcom. His political opponents say he is vague on the issues, a vivid character but too inexperienced to lead the country.

Critics of Poroshenko, meanwhile, note that he has failed to tackle Ukraine’s endemic corruption.

Poroshenko’s willingness to play along with Zelenskiy’s challenges could be an attempt to beat the upstart at his own game.

“In contrast to Poroshenko, who has nothing to lose from more public exposure, Zelenskiy has everything to lose. The more people know him, the more they’re likely to see that he’s just a television president,” Rutgers University professor Alexander Motyl wrote in a commentary for the Atlantic Council.

The showmanship over the testing and debate is notable even in a country with often unruly politics. Fistfights occasionally break out in Ukraine’s parliament, the 2004 presidential election results were annulled after weeks of massive peaceful protests and Poroshenko himself came to power in 2014 after bloody protests forced his predecessor to flee to Russia.

Poroshenko’s campaign spokesman Oleh Medvedev, complained Friday that, unlike the president, Zelenskiy had only taken blood tests and did not give samples of hair or fingernails.

“We consider that candidate Zelenskiy did not fulfill his promise,” Medvedev said. “The staff of Petro Poroshenko once again recommends to Volodymyr Zelenskiy to understand that this is an election campaign. This is not a show.”

Medvedev also claimed that the doctor who performed the tests was a Zelenskiy associate who had acted in a comedy serial produced by Zelenskiy’s studio.

Zelenskiy’s campaign staff declined to comment to The Associated Press on that allegation.

Poroshenko has argued that Zelenskiy’s lack of political experience makes him unfit to stand up to the pressure from neighboring Russia, which annexed Ukraine’s Crimean Peninsula in 2014 and cast its support behind separatist rebels in eastern Ukraine in a five-year conflict that has left 13,000 dead.

Zelenskiy has rejected the contention, accusing Poroshenko of bringing the country to ruin by failing to end the separatist conflict in the east, or shore up the sagging economy or stem rampant corruption. His lack of political experience helped his popularity with voters in Ukraine, who are disillusioned with the country’s political elite.

Jim Heintz in Moscow and Yuras Karmanau in Minsk contributed to this story. 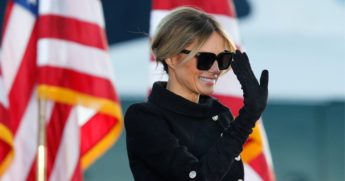