Do you know the real value of your vote?

Comparing the stark contrast between the energy and foreign policies of President Donald Trump and his Democratic challenger, former Vice President Joe Biden, puts a lot of perspective on how American elections impact the lives of people near and far.

It’s helped me decide to cast my vote for the brash New Yorker, something I didn’t do in 2016, when Trump was all rhetoric.

Now, in 2020, Trump has a record, and our vote is worth considering how both candidates’ policies impact real lives.

Consider the once-unimaginable peace agreements between Arab nations and Israel we are now witnessing. These are no accident, but rather an outcome of the contrast between growing stability under Trump’s policies vs. how the Middle East was blown apart from one end to the other during the administration of President Barack Obama and Biden, with millions of people displaced and hundreds of thousands maimed.

Trending:
Multiple Arrests Made After Leftists Target Ted Cruz at His Own Home

Most people in the Middle East want peace and stability as much as we do. And these peace agreements make it very clear that they don’t want to go back to the Obama/Biden era of terror.

While Trump’s foreign policy (exiting the Iran deal, decimating the Islamic State group and recognizing Jerusalem as Israel’s capital) played a huge role in fostering peace, his energy independence policy was not insignificant. The Arab leaders know that American energy independence means we have much less reason to send our military men and women to fight their battles. So peace with Israel became necessary for regional stability.

Make no mistake, Biden’s “plan” to switch America to wind and solar is really no plan at all. It is a ruse that would increase pollution, skyrocket energy costs and put our men and women in the armed forces back on battlefields securing foreign oil.

Wind and solar are both too intermittent to be a main source of reliable electricity. Any consideration from a pollution perspective must consider the entire process, from acquiring raw materials to final disposal, as well as how disruptive they are for land use.

A wind turbine does not compensate for the amount of petroleum-based pollution produced during its creation and life cycle. The process of creating solar panels is highly polluting — never mind where all those pollutants go at the end of a solar panel’s life. At least nuclear waste has a half-life.

So the Biden energy plan is neither environmentally green nor a means to energy independence. It is, however, monetarily green in terms of huge profits for the foreign energy entities that have doled out millions to the Biden family for seemingly nothing in return. Coincidental or intentional? Either way, the result would most certainly put America back into dependence on foreign oil.

Trump policies have been good for most Americans, of all demographics, and millions of people beyond our borders.

Biden plans are hollow, like his 47-year political history, and will not deliver the good, but rather risk the lives of those in the military and further send manufacturing jobs, which require stable energy, to other nations.

Not that it surprised anyone who understands the corrupting nature of power, but for those who thought they could vote for a longtime big-government politician on character, that ship absolutely sank with the revelations contained on Hunter Biden’s laptop. Yes, power corrupts.

The most troubling consideration of the entire Biden scandal is the level of establishment media collusion, which truly approaches that of the state-owned media in repressive regimes.

How did the stakes get so high that CNN, MSNBC, CBS, NPR, Google, Facebook, Twitter and the rest would brazenly block clearly verified information from the American people? A free nation cannot survive without a free and independent press.

This lends a valuable perspective to the four years of constant efforts to mischaracterize Trump and remove him from office through scandals that proved to be hoaxes. With few exceptions, the establishment media has so undermined itself that it is no longer a trusted check on power and has instead become a huge danger to our nation.

Now Americans are witnessing the unraveling of a devious scheme, by the Democratic Party and all of the entities that have been hiding Biden, to frame this election in terms that do not even consider their candidate or his policy ideas. Putting “harmless” Joe Biden on the face of the party covered the very radical nature of today’s Democrats.

For when Biden is exposed to the light of day, voters will see how he, his party and their powerful media arm used a fraudulent character ploy to try to steal an election. One can only imagine what people who have gone to such an extent to win would do if they were to succeed and actually had their hands on all the levers of government.

The important lesson is that good character is far more than smooth talking behind a shield of media accomplices. Indeed, good character is being available to answering tough questions and not hiding from the public.

Good character is being consistent on your agenda; it is not being against fracking to one crowd and then for it to another.

Good character is not accusing your opponent of not having a plan when you won’t reveal your own plan.

Good character means being honest with voters before the election of your intentions with court packing. It means doing as Trump did in 2016 by providing an upfront list of potential court nominees so voters can know the type of judges and justices you would appoint.

Good character is standing up for the individual right to life and liberty, not pushing identity politics as a means to a collectivist end.

Ultimately, good character understands the frailty of human nature and that no one is above being corrupted by power. So the good character will promote policies that empower the people, not the few that control the levers of government. Good character would never trust oneself with such power.

With so much early voting, millions upon millions of Americans have fallen for a sham character ploy and in doing so have sold their future. Some states allow early voters to recast their vote on Election Day, but for the rest who really wanted to vote on character and yet fell for the Joe Biden “character” dodge, they have been robbed of their vote.

While our vote can and does make a huge difference in the lives of people, from those close to us to people in a war-torn world away, many have cheaply sold their votes simply to preserve their own self-image within our pop culture. Indeed, the very things we chose to govern if we vote and how we vote show our character. Is our vote choice merely about own self-interests, or is it about how the outcome of an election will impact others?

At this point, we must pray and work hard to ensure a Republican victory, killing this corrupt plot by the Democratic Party and their powerful media arm to steal an election.

President Trump can then continue his path of empowering the American people, draining the swamp of government and political corruption and replacing the endless Middle East petroleum-based wars with peace agreements.

What’s your vote worth? Simply that. 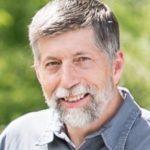 Californina mulls extending the eviction moratorium until low-wage workers return to work despite incentivizing them to stay at home.
Eric Nanneman June 22, 2021

You're 'Acting Like Some of Us Are Guilty for Just Existing': Watch Student Defy Woke School Board in Front of Parents

'My question is, where is this money for these operations going to come from?' Republican Rep. Mike Bost of Illinois said.
Karen Hardin June 22, 2021

'Now, why anybody would take something that's working and give it to the federal government is beyond me,' Kennedy said.
Dillon Burroughs June 22, 2021

Onondaga County Conservative Party Chairman Bernie Ment told Syracuse.com, 'It was a surprise to me this morning when I got [the letter].'
Dillon Burroughs June 22, 2021

Trump Org Takes NYC to Court Over Its Cancellation of Contracts After Jan. 6

Tucker: Lightning Is More Dangerous to Americans Than White Supremacy, Here Are the Numbers

'White supremacist violence, bad as it may be, is not a major threat. It's not even on the list, actually.'
Elizabeth Stauffer June 22, 2021